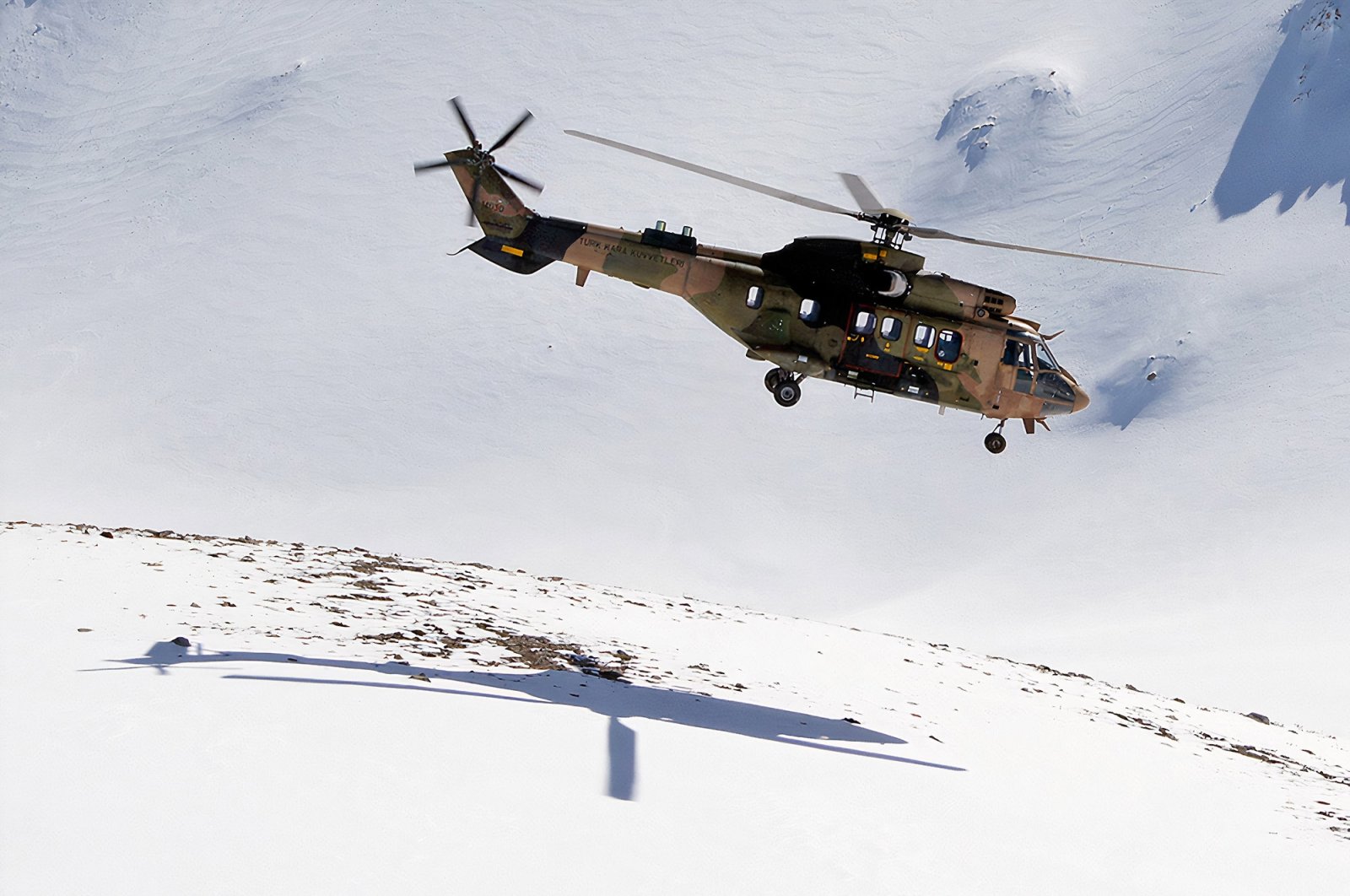 An undated photo of the Cougar helicopter, the same model that crashed in Turkey’s Bitlis on March 4, flying through a mountainous area. (Photo courtesy of Turkish Armed Forces)

At least 11 Turkish soldiers, including a high-ranking commander, were killed and two others were injured in a military helicopter crash, Turkey’s Defense Ministry said Thursday.

In a statement, the ministry said the Cougar helicopter took off from the eastern province of Bingöl at 1:55 p.m. and was en route to Bitlis province’s Tatvan district when contact with the aircraft was lost at around 2:25 p.m.

“A search and rescue party consisting of a UAV, a CN-235 airplane and a helicopter was dispatched immediately,” the statement raid.

The ministry initially said nine soldiers on board the helicopter were killed in the crash, adding that four survivors were transferred to hospital for treatment. Commander of the 8th Corps, Lt. Gen. Osman Erbaş was among those who perished. Hours after the crash, the death toll increased to 11 after two of the wounded soldiers succumbed to his injuries. 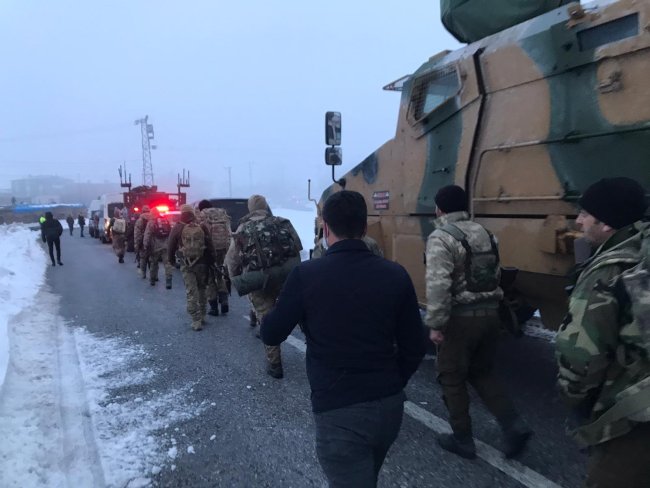 Soldiers assist in search and rescue operation following the crash of a military helicopter in Bitlis, Turkey, March 4, 2021. (AA Photo)

“We wish God’s mercy upon those who lost their lives in this deeply saddening accident, convey our sympathies to their families, friends and our nation, and wish for speedy recovery to the wounded,” the statement read.

Later, Minister of National Defense Hulusi Akar, Chief of General Staff Yaşar Güler and Commander of Turkish Land Forces Ümit Dündar left the capital Ankara to inspect the crash area and check on the treatment of the wounded soldiers.

A resident of a nearby village where the helicopter crashed said locals rushed to help the survivors as soon they heard the news of the crash.

“Our children told us that a helicopter crashed nearby. When we arrived at the scene, we saw some soldiers had passed away,” local Davut Bikeç told Anadolu Agency (AA).

Saying that he noticed a survivor partially buried under the wreck and snow, Bikeç told he dug the snow with his hands to free the trapped soldier.

“His mouth was stuffed with snow. I cleared the snow and helped him breathe, and asked him if he was OK. Then I dug the snow around him and helped him free. He said he was fine but I asked him to stay still incase of any fractures,” Bikeç said, adding that he and other locals freed another soldier from the wreck.

Following the news of the accident, condolences began to pour in from prominent figures in Turkish politics. Presidential Spokesperson Ibrahim Kalın, Presidential Communications Director Fahrettin Altun, as well as almost all ministers expressed their grief over the accident.

A screengrab from a video shows the wreck of the military helicopter that crashed in Bitlis, Turkey, March 4, 2021. (IHA Photo)

“The Embassy of the United States offers its sincere condolences for the Turkish soldiers killed and wounded in the tragic helicopter crash in #Bitlis. Our thoughts are with the families of all those affected, and we wish a rapid recovery to the injured,” U.S. Embassy in Ankara wrote on Twitter.

Nikolaus Meyer-Landrut, head of the European Union Delegation to Turkey, offered his sympathies for those affected by the crash in a statement.

“We share the deep sorrow of Turkey for the loss of 9 military personnel in Bitlis. As the Delegation of the European Union to Turkey, we express our heartfelt condolences to the families and friends of the victims, and to Turkey. We wish for the speedy recovery of those injured,” he said.

This article originally appeared in DAILY SABAH on 04 March 2021.