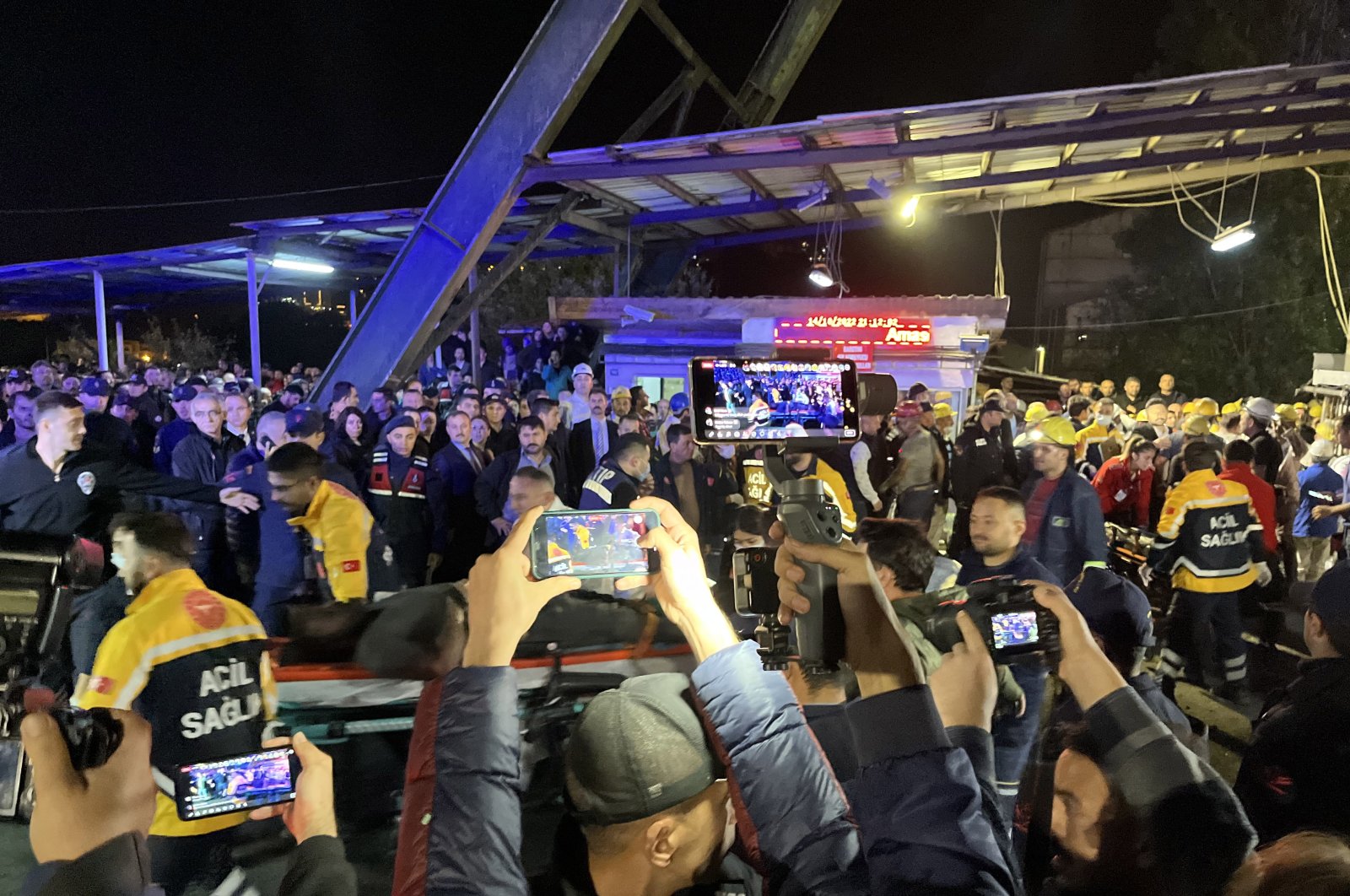 22 dead, 17 injured after coal mine blast in northern Türkiye

At least 22 workers lost their lives, 17 others were injured and dozens of others were stuck underground after an explosion rocked a coal mine in Türkiye’s Bartın on Friday evening, Health Minister Fahrettin Koca said, according to Azerbaijan in Focus, reporting Daily Sabah.

Eight of those who were injured are in critical condition, Koca wrote on Twitter.

The Disaster and Emergency Management Authority (AFAD) said the explosion was caused by a transformer. A suspected firedamp explosion blast occurred at around 6:15 p.m. (1515 GMT) on Friday, Energy Minister Fatih Dönmez said.

A total of 110 workers were at the mine at the time of explosion, Interior Minister Süleyman Soylu separately said. He said 49 of them were in the deeper parts of the mine where the risk is greater.

Rescue teams have managed to pull out 14 miners, while at least 49 are still trapped, according to Bartin Governor Nurtaç Arslan.

Interior Minister Süleyman Soylu and Energy and Natural Resources Minister Fatih Dönmez headed to the mine upon the instructions of President Recep Tayyip Erdoğan shortly after the incident.

Rescue teams from Kütahya, Eskişehir, Zonguldak Sakarya and Karabük provinces also headed to the mine for assistance.

Interior Minister Soylu said 28 people who either managed to crawl out on their own or were saved by rescuers had suffered various injuries.

“We are facing a truly regretful situation,” Soylu told reporters after urgently flying out to the small coal mining town of Amasra.

“In all, 110 of our brothers were working (underground). Some of them came out on their own, and some of them were rescued.”

He also confirmed early reports that 49 miners were still trapped in two separate areas between 300 and 350 meters below ground.

Television images showed anxious crowds – some with tears in their eyes – congregating around a damaged white building near the entrance to the pit in search of news for their friends and loved ones.

President Erdoğan canceled his program in southeastern Diyarbakır province and is expected to fly to the scene of the accident on Saturday.

“Our hope is that the loss of life will not increase further, that our miners will be found alive,” the president said in a tweet.

“All of our efforts are aimed in this direction.”

Most initial information about those trapped inside was coming from workers who had managed to climb out relatively unharmed.

Amasra Mayor Recai Çakır said many of those who survived suffered “serious injuries.”

The blast occurred moments before sunset and the rescue effort was being impeded by the dark.

In Türkiye’s worst mine disaster, a total of 301 people died in 2014 in a fire inside a coal mine in the town of Soma, in western Turkey.

On May 13, 2014, a fire broke out at a mine and the ensuing smoke killed at least 301 workers trapped dozens of meters below while hundreds of others managed to reach the exit. The incident was the deadliest tragedy in Turkish mining history, and preceded another disaster which claimed 18 lives in the central Turkish town of Ermenek in October 2014.