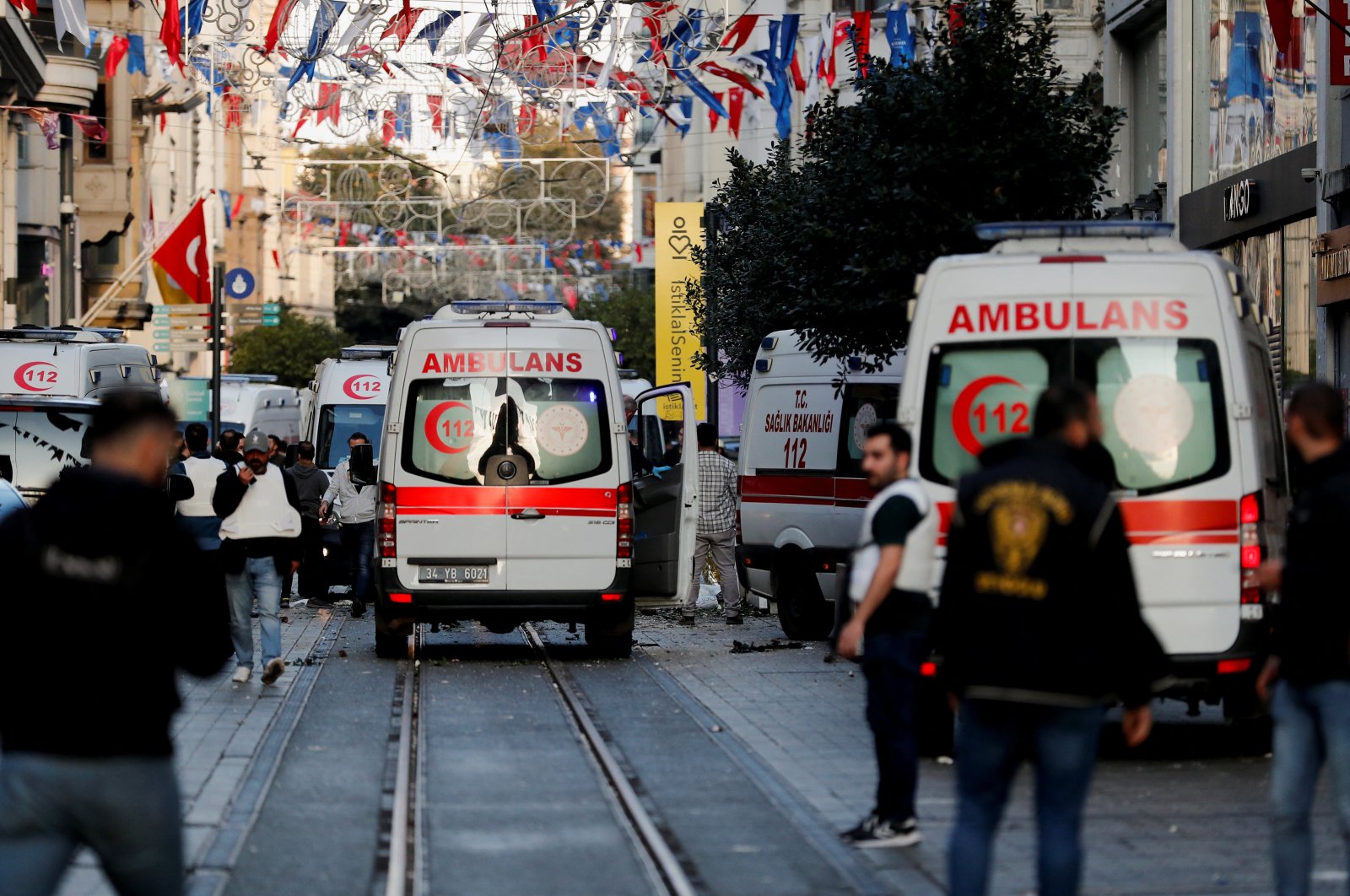 At least four people were killed and 38 others injured when an explosion hit Istanbul’s Istiklal Avenue on Sunday, Istanbul Gov. Ali Yerlikaya confirmed on social media, according to Azerbaijan in Focus, reporting Daily Sabah.

“According to initial reports, in the explosion that took place on Istiklal Avenue, 4 people lost their lives and 38 people were injured. Our wounded are being treated. We wish God’s mercy on those who lost their lives and a speedy recovery to the injured. Developments will be shared with the public,” he wrote on Twitter.

“Today, at around 16.20, an explosion occurred in Taksim Istiklal Street in our Beyoğlu district. Our police, health, fire and (Disaster and Emergency Management Authority) AFAD teams were sent to the scene. There are casualties and injuries. Developments will be shared with the public.”

Footage showed ambulances, fire trucks and police at the scene. The cause of the explosion was not clear.

The area has been evacuated.

Images shared on social media at the time of the explosion indicated it could be heard from far away and that there were also flames.