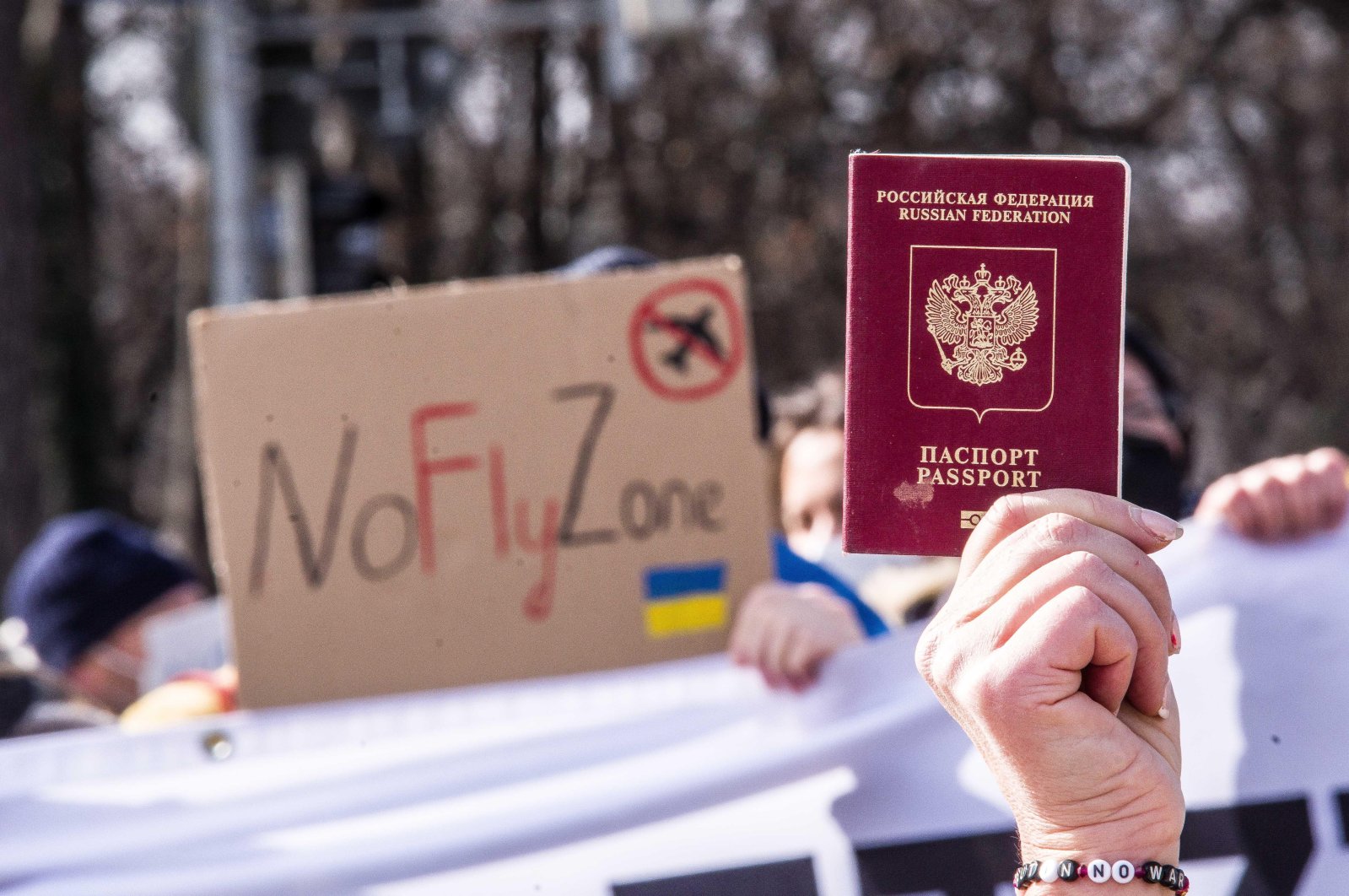 The Czech Republic, the current holder of the rotating EU presidency, on Friday backed a proposal for an EU-wide visa ban for Russian citizens to halt “common tourism” from Russia amid its attack on Ukraine, according to Azerbaijan in Focus, reporting Daily Sabah.

“The flat halting of Russian visas by all EU member states could be another very effective sanction,” Czech Foreign Minister Jan Lipavsky said in a statement.

His remarks lend support to a push by Estonia, Latvia and Finland for all EU states to stop issuing tourist visas to Russians and prevent other means to circumvent the ban.

Estonia’s top diplomat Urmas Reinsalu said on Thursday that he would present an official proposal to the council of the European Union, chaired by the Czech Republic.

Lipavsky confirmed he will include the proposal on the agenda of the EU foreign ministers’ informal meeting in Prague on August 31.

“In a time of Russian aggression, which the Kremlin keeps on escalating, there cannot be talks about common tourism for Russian citizens,” he said.

If adopted, the new sanctions will send a “very clear and straightforward signal to the Russian society,” he added.

The Czech Republic’s stance does not come as a surprise since it was the first EU country to suspend visas for all Russians, with the exception of humanitarian cases, right after the war in Ukraine began on February 24.

Ukrainian President Volodymyr Zelenskyy had earlier suggested the measure as a way to ramp up diplomatic pressure on Moscow.

However, German Chancellor Olaf Scholz rejected the idea on Thursday, stressing that “it is (President Vladimir) Putin’s war” and that sanctions should not harm innocent people.

The EU has slapped seven sets of sanctions on Russia over the Ukraine war, targeting, among others, Putin and Foreign Minister Sergey Lavrov.

The measures also include economic sanctions such as banning gold, oil and coal imports and export of luxury goods, as well as excluding Russian and Belarusian banks from the SWIFT international payment system.

Ukrainian President Volodymyr Zelenskyy issued a fresh call on Friday for European Union states to ban visas for Russian nationals to keep the bloc from becoming a “supermarket” open to anyone with the means to enter.

Zelenskyy said his proposal did not apply to Russians who needed help for risking their freedom or their lives by resisting Kremlin leader Vladimir Putin’s policies.

“There must be guarantees that Russian killers or accomplices of state terror not use Schengen visas,” Zelenskyy said in a nightly address, referring to visas granting the holder access to the border-free Schengen Area that spans several EU states.

“Secondly, we must not destroy the very idea of Europe – our common European values. Europe must therefore not be transformed into a supermarket where it is not important who walks in and where the main thing is that people just pay for their goods.”

Zelenskyy first urged a visa ban in an interview this week with The Washington Post, saying Russians should live in their own world until they changed their philosophy.

Zelenskyy’s appeal has yet to win support from the EU’s major players. But he said he was heartened by support from the ex-Soviet Baltic states and the Czech Republic. Finland has also backed the notion.

Kremlin spokesperson Dmitry Peskov denounced Zelenskyy’s appeal this week, saying “any attempt to isolate Russians or Russia is a process that has no prospects.”