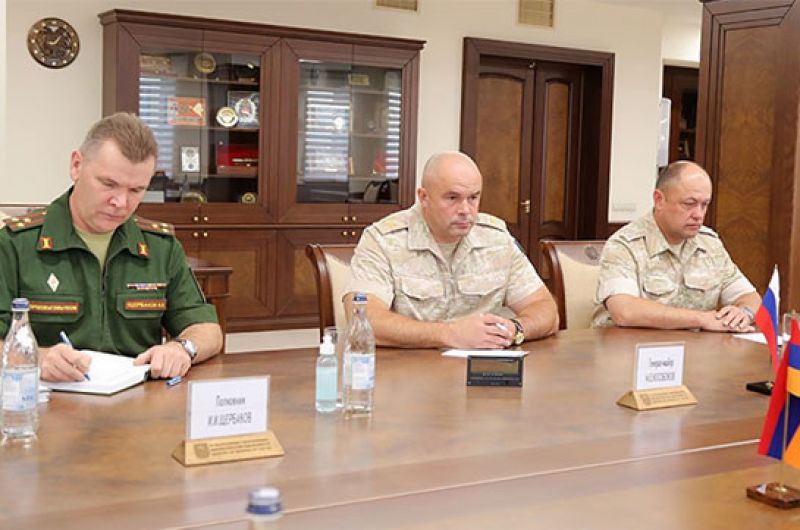 A new commander of Russian peacekeepers in Karabakh has been appointed

On September 9, Armenian Defense Minister Arshak Karapetyan received a new commander of the Russian peacekeepers in Karabakh, Major General Mikhail Kosobokov, according to Azerbaijan in Focus, reporting Turan News.
During the meeting, Karapetyan highly appreciated Russia’s efforts to stabilize the military-political situation in the region and the role of the Russian peacekeeping mission in Karabakh.

It has to be kept in mind that before his appointment, Kosobokov held the position of deputy commander of the 58th combined army of Russia (Southern military district). At one time, Kosobokov commanded a Russian military base in Abkhazia.