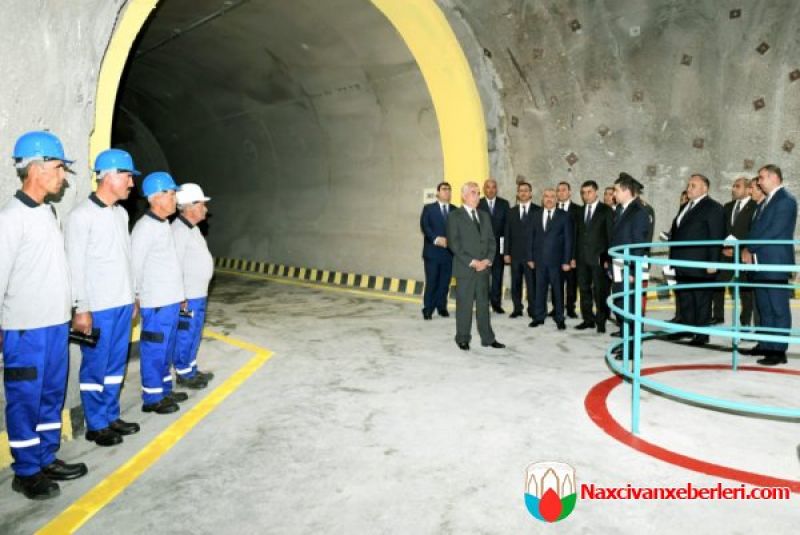 A new salt mine has been commissioned in Nakhchivan on Mount Duzdag (Salt Mountain), according to Azerbaijan in Focus, reporting Turan News.

The opening ceremony of the mine took place on November 9 with the participation of the Chairman of the Supreme Mejlis of the Nakhchivan Autonomous Republic (NAR) Vasif Talibov.

The head of the NAR noted that the extraction, transportation, processing and export of salt by safe and economically beneficial methods in the Autonomous Republic are in the center of attention. Since 2018, prospecting and exploration work has been carried out in Duzdag, a mine has been drilled with salt reserves of 15 million tons, the construction of a new production complex has begun, the salt mines have been classified as specially protected areas and a map has been drawn up.

The quality indicators of the salt mined here are high. As a result of the analysis, it was found that the sodium chloride content is 97 percent.

227 hectares have been allocated for the opening of a new mine, the total area of the salt mines has been brought to 994 hectares. This territory, where the exploited and the new mine is located, is included in the category of specially protected lands in order to preserve it as a territory of historical, cultural, economic, tourist, recreational and natural value. The coordinates of prospecting wells drilled in Duzdag have been updated and plotted on the topographic plan.

Schematic and topographic plans of mines were prepared, a map of the tourist route of the Nakhchivan-Duzdag physiotherapy center, maps and plans were published in the collection, and added to the electronic database of the service.

Salt mining in Nakhchivan has been going on since ancient times. Industrial development began at the beginning of the 20th century and developed in the 80s of the last century. Industrial reserves of Duzdag are estimated at 90 million tons.