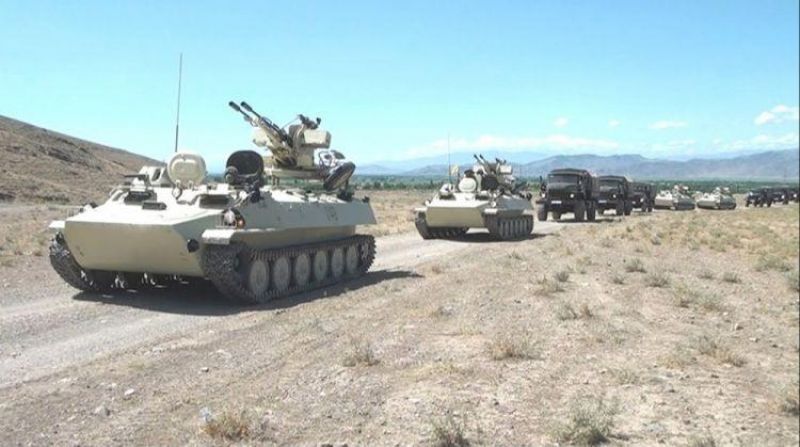 Air defense exercises at the forefront in Nakhchivan

Special tactical exercises are being conducted in the air defense units of the Separate Combined Arms Army stationed in the Nakhchivan Autonomous Republic, according to Azerbaijan in Focus, reporting Turan News, citing the press service of the Azerbaijani Defense Ministry.

The maneuvers are carried out at the front lines of the army.

“Anti-aircraft gunners, who are on alert in difficult mountain conditions, demonstrate their knowledge and practical shooting skills,” the military department said.

The changing operational situation during a modern combined arms battle requires high maneuverability of anti-aircraft artillery units from all personnel, the press release explains. “For this, the tasks of destroying air targets from artillery installations and redeployment in difficult mountain conditions are being worked out in a short time. Practical shooting at ground targets is also carried out during the exercise,” the message further says.