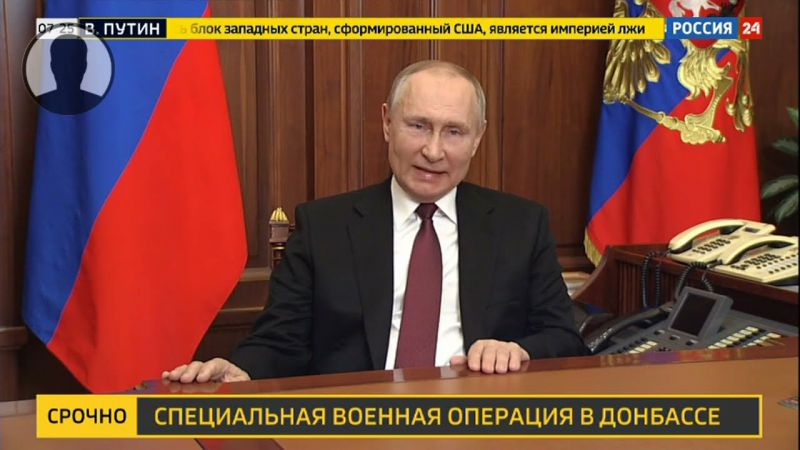 Alexander Karavayev: Putin will not stop, the defeat of Russia will lead to worse consequences than in the USSR

Latest news about the Ukrainian war: After the war of the USSR in Afghanistan, Russia for the first time faced the consolidated and effective police of democratic states. According to Azerbaijan in Focus, reporting Turan News, the European countries will send anti-tank and missile weapons to Ukraine against aircraft, Russian banks are disconnected from SWIFT. Azerbaijan sent humanitarian aid (medicines) to Ukraine. Europe and America, after several painful days of discussion, formed a monolithic anti-Russian fist. At night, the Ukrainians shot down two more (it became three) enemy military transport aircraft. The number of killed Russians, according to Kyiv, reached 3,500 servicemen, 200 were taken prisoner. Over 190 civilians of Ukraine were killed. President Zelensky avoids negotiations with Vladimir Putin.

Moscow political scientist Alexander Karavayev agreed to give his assessment of the events.

– How does the policy of Azerbaijan, which on the eve of the war in Ukraine, signed the Declaration on Allied Relations with Russia, look from the side?

– Erdogan and Aliyev offered mediation in the Ukrainian settlement. I consider this a positive fact. Considering that Europe already “blew” one conflict in 2020, in Karabakh, then the Europeans only managed to jump on the bandwagon of the final statements that led to peace between Azerbaijan and Armenia. A second, similar situation is taking European leaders out of the game in this part of eastern Europe, raising the rates of the Turkic alliance.

– Why did the long-standing, latent conflict between Europe (and America) and Russia erupt in Ukraine?

– The tragedy of Ukraine is that a dividing line was laid along it. Politicians capable of avoiding this were not at the disposal of society at the right historical moment, and the situation suited the financial and industrial elites. Moreover, the process has been going on for more than seventeen years. This was normal, convenient,  and suited everyone.

– Will the West be able to stop Russia’s aggression?

– Don’t bethink that the Red Army will stop because of the peaceful protest, the withdrawal of Western aircraft, and the shutdown of payment notifications.

These are two different worlds.

One is information and financial, here the advantages are always behind new technologies. Regional networks of the rather large influence of the Russian Federation and islands of conditional allies are still within the general field, tuned to Moscow from hostile to neutral-cold.

The second is the world of the earth, rigid everyday structures, and finally, the army and ground operations. There are no options here. The Ukrainian system is mostly horizontal non-state networks. It is impossible to cope with the war machine. This is only Rambo in the movies and examples of individual heroism, ending with the death of the hero.

The dividing line will be used to minimize the influence of “guerrilla movements” inside. As for Putin personally, he will go to the end. One should understand his image of the world.

– What will Russia get if its president “goes to the end”?

– If the Soviet Union, without having received a military defeat, including even Afghanistan, was dismantled from the inside, with the loss of all positions and external drive structures, then what can we say about modern Russia. A military defeat for it will be associated with deeper and more systemic consequences than the Soviet Union.

And the financial and economic “battle” is a story of a different plan. The military mobilization economy is a familiar topic for Russia. Not so long ago it was…

Will Putin’s elite have enough resources to stay afloat, it will be clear when we fully enter this reality, in a month or two. The rest will have to tighten their belts. And this will accumulate the potential for a real deep explosion, also inherent in the history of Russia.