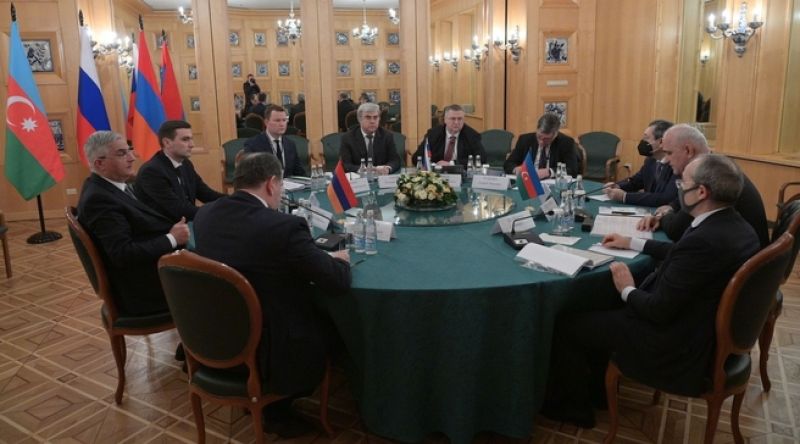 Alexei Overchuk: Baku and Yerevan to unblock communications and to ensure sovereignty over roads in their territories

The trilateral working group on unblocking transport communications in the South Caucasus is coming to specific decisions. According to Azerbaijan in Focus, reporting Turan News, Deputy Prime Minister Alexei Overchuk said this at a meeting with Armenian Prime Minister Nikol Pashinyan on November 5.

According to him, the sides reached concrete solutions at the 8th meeting of the trilateral working group on October 22. “These solutions are based on the fact that the sovereignty over roads is retained by those countries through whose territory these roads will pass,” Overchuk said.

Overchuk stated he has been contacting constantly with other two deputy Prime Ministers. They held eight meetings, four of them in person. They talk on the phone nearly every day to discuss various options and find routes that will be acceptable to everyone.

“We have agreed that the control should be held on a parity basis,” Sputnik Armenia quoted Overchuk as saying.

For his part, Pashinyan pointed out that Armenia was interested in and committed to the November 9, 2020, and January 11, 2021 statements on opening and unblocking all transport and economic ties in the region.

To his thinking, it is essential to discuss issues of customs, phytosanitary, border and other possible types of control, the Armenian government said.

So, it is clear from this statement that Azerbaijan will have a border, customs and other types of control over the Lachin road, and Armenia over the road to Nakhchivan (Zangezur corridor).

Overchuk’s visit to Yerevan seems to be final approval of the agreements reached. In all probability, a similar visit will take place in Baku in the nearest future.

As previously reported, on November 9 in Moscow, the leaders of Azerbaijan, Armenia and Russia will sign a new document to ensure the unblocking of communications in the region and the beginning of the demarcation process of the border between Azerbaijan and Armenia.