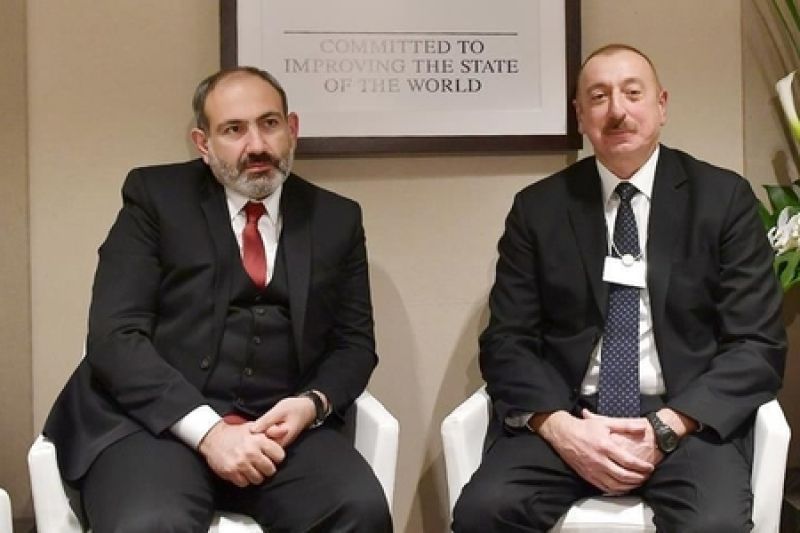 Aliyev-Pashinyan meeting will take place in St. Petersburg on December 28

Armenia is ready to sign a peace treaty with Azerbaijan, Armenian Prime Minister Nikol Pashinyan said at an online press conference on Friday, according to Azerbaijan in Focus, reporting Turan News.

A comprehensive solution and the establishment of a comprehensive peace are one of the most important goals of Armenia. All current discussions with Azerbaijan should be viewed in this vein, he said.

“The information chaos also gives the impression that we are against a peace agreement and a comprehensive settlement of the Nagorno-Karabakh problem. Of course not. We are interested in this,”  Pashinyan stressed.

He announced an upcoming meeting with the President of Azerbaijan within the framework of an informal meeting of the heads of the CIS countries in St. Petersburg on 28 December. “There will definitely be such a contact,” Pashinyan said.

He also talked about what he spoke with Aliyev in Brussels on December 14. “During the one-on-one conversation, the same was discussed that was discussed before and after this conversation with the participation of Charles Michel,” Pashinyan said.

The Prime Minister of Armenia also announced a possible meeting with Turkish President Recep Tayyip Erdogan. “There is no agreement or about a meeting, but if the negotiations are successful, then high and high-level meetings will follow,” Pashinyan said.