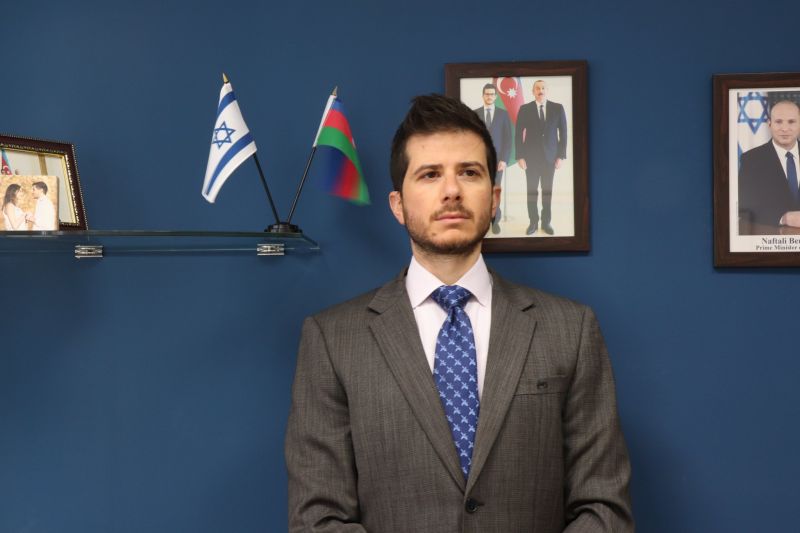 Israeli Ambassador to Azerbaijan, George Dick paid a minute of silence to the memory of those killed in the Second Karabakh War. This is reported on the Embassy’s Twitter account.

“Today, on Memorial Day,” Ambassador George Dick and the Embassy staff, showing solidarity with the people of Azerbaijan, paid tribute to the memory of the war victims,” the message reads.

The British Ambassador to Azerbaijan also posted a message on Twitter which says: “On the Memorial Day – September 27, remembering those who lost their lives in the last year’s war, I express my condolences to their families and loved ones.”

This article originally appeared in TURAN INFORMASIYA AGENTLIYI on 28 Sep 2021.