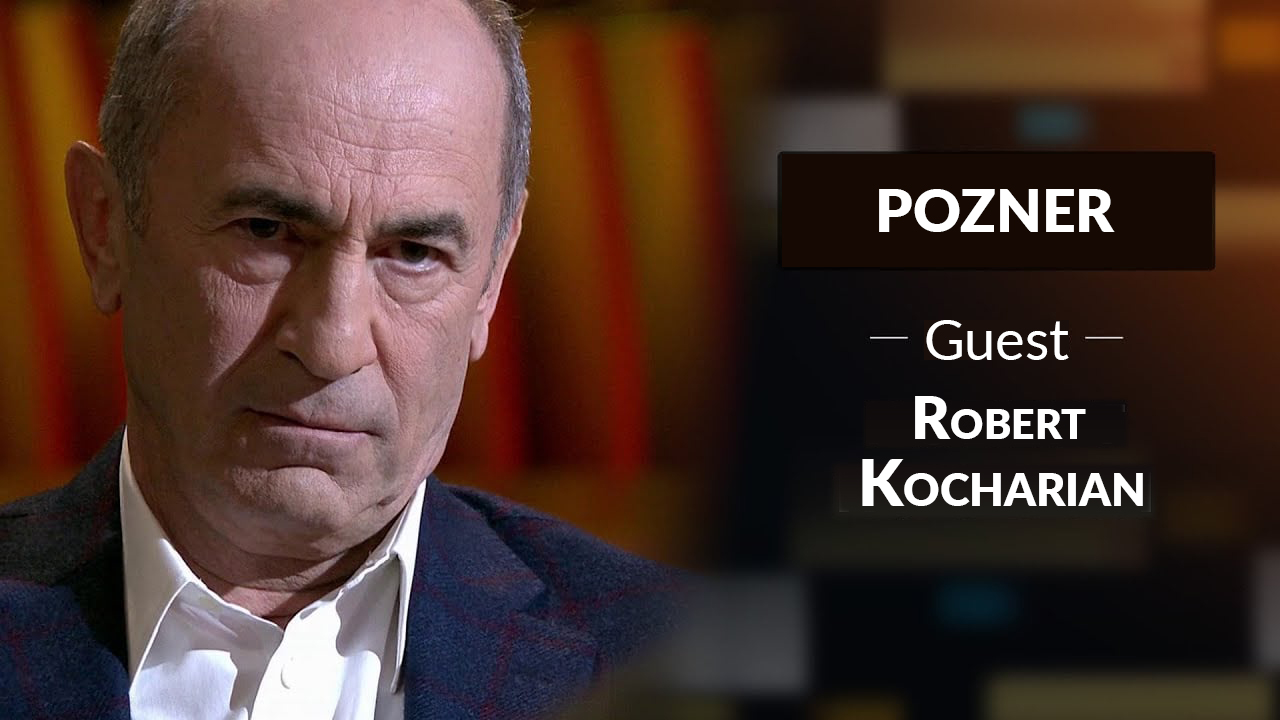 On April 5, Russian federal Channel One has aired an evening episode of Pozner show featuring an extensive interview with the former president of Armenia, Robert Kocharian. Attending an AFK System (Russian investment company – Ed.) board meeting in Moscow, Kocharian hasn’t had any official meetings with the Russian president, Vladimir Putin, with whom they’ve long been known to be friends, but hinted there might have been discussions.

As expected in the light of the highly publicized war that has flared up between Armenia and Azerbaijan in late September of 2020, the main topic of discussion was unavoidably clear. Assessing the condition of Armenia on a scale of 1 to 20, the former president gave his country an unsatisfactory ‘3’, admitting that its grave condition is a combination of the post-war apathy, defined by Armenia’s hard defeat in the 44-day war with Azerbaijan, and severe economic and country management problems. “There’s not a single sphere in the country now that you could assess as relatively positive”, the former president added.

As stated by Kocharian himself, the defeat in such war cannot leave a society intact, especially if the country, society or a nation as a whole, never even fathomed such a defeat. However, the possibility of this war was expected and even warned about by Kocharian through media. For years, according to the prognosis of experts, the political direction of the country was inevitably leading to this war and the same experts also warned about Armenia’s very low chances of winning it. According to Kocharian, there are several reasons why the full personal responsibility for the current disastrous state of Armenia is on the Prime Minister, Nikol Pashinyan.

Since the beginning of the conflict in 1988, the former president believes there was a possibility for a resolution through negotiations, but it was brought to a dead end solely by the Armenian side in recent years. What the new government wasn’t grasping was that “where negotiations fail, the war starts”. Asked if the government understood that by announcing new claims and effectively moving away from the negotiation process they were actively provoking the war, Kocharian believes the government wasn’t fully aware of it and was just running away from hard negotiations, that would’ve involved a very complex implementation on both sides.

When asked about the best-case scenario for a hypothetical negotiations process and its possible results, Kocharian answered that it was indeed possible to exchange the held territories for the status of Nagorno-Karabakh. The held territories that the former president is referring to are the additional territories occupied in the first Karabakh war and included in the territory of the former Karabakh Autonomous Oblast as a buffer zone, the status of which, according to Kocharian, could have been negotiable.

Discussing the role of Russia in the conflict, Kocharian agreed that without the active participation of the Russian president, Azerbaijan would have liberated the whole of Karabakh. At the same time, Pozner brought up the popular sentiment now that the Russian state interests do not always coincide with the interests of their close ally, Armenia: in 1915, close relations between Russia and Turkey have led to a substantial loss of territory to Turkey; similarly now, the interests of Russia in Baku, have caused a severe loss of Armenian-occupied territories. Disagreeing with this position, Kocharian argued that these statements are made with the sole aim to flare up the anti-Russian sentiment within Armenian society by those who refuse to accept the responsibility for what has happened.

According to Kocharian, there’s a whole array of entities that are openly or anonymously annoyed by Armenia’s orientation towards Russia. And there is a very active ongoing work, both within and outside of Armenia that is aimed at destabilizing and then changing the situation in the South Caucasus, reducing the basis of Armenian identity.

Going back to the subject of war, Kocharian stated that a ceasefire could have been brokered on October 19th as was offered by Vladimir Putin, and that could have been a much better deal for Armenia, with a lot less territorial and human loss. But the Armenian government in the face of Nikol Pashinyan refused the deal, despite the clear report of the general staff that Armenia is losing the war.
The same way as the systematic destruction of the Armenian army that has been ongoing ever since the current government came to power as a result of a so-called revolution three years ago. The pathological fear and mistrust of the army have led to systemic steps of destabilizing the army on all levels, up to the highest ranks.

Another factor that has added to the shock of the defeat in Armenian society is the disinformation that was specifically created by the government in the media for the duration of all 44 days of the war. Kocharian is certain that only a small circle of people within Armenia knew the exact state of affairs, while the rest of the country was in oblivion, believing that their army is winning victory after victory and even aims for new directions. The reality was that “there was not a single successful operation in this war, it was defeat after defeat”.

Kocharian has confirmed the intention to run for the office once again in the nearest future and then Vladimir Pozner asked a question that has been on the minds of many: will there be a revanche? Projecting himself as a statesman in stark contrast to the current regime, Kocharian seemingly put the interests of the nation first and in the current grave state of the country and the army of Armenia, acknowledged that nobody in the right mind would have any such thoughts. But then he continued with the phrase “an extremely unfair peace cannot, should not last long or forever. If we really want to finish this conflict for good, we need to find a solution that will be perceived from the point of view of justice.”

Kocharian’s strive for justice is particularly interesting in the light of his desire to return to the leadership of Armenia, as he believes he is the only capable statesman that is able to reverse the chaos that his country is in right now. He proudly stated that he has twice brought Armenia back from catastrophe: first, when in the course of the first Karabakh war, he not only returned 50% of the lost territories of Karabakh but also twice as much territory of the buffer zone, conveniently forgetting the hundreds of thousands of people purged from their homes in the most inhumane way, compared to the civil way the illegal occupiers were leaving those same lands in 2020. And the second, when in the 10 years of his rule since 1998, the economic situation in Armenia significantly improved.

Belonging to the old cohort of politicians that were present at the dawn of the statehood in Armenia, it is natural for leaders like Kocharian to believe the country can only be saved by experienced politicians like him. Any sort of novelty in however shape or form it comes about is rejected and put at fault for their mistakes of the past. The society that is striving to develop cannot be tied to the past. Despite the accomplishments in the economic sphere in the 10 years Kocharian has been in power, Armenia is still far from starting to really develop so that the majority of its citizens don’t flee the country. In the well-thought-out answers and carefully listed mistakes of others, he fails to see his own and of the governments before him. There is one thing he said right though: unjust peace cannot last long. The injustice caused by Armenia to Azerbaijan has lasted too long. Now, finally, justice has been served.

The Golden Voice Of Azerbaijan

In Search of the Truth

Dreams Are Coming True in Azerbaijan