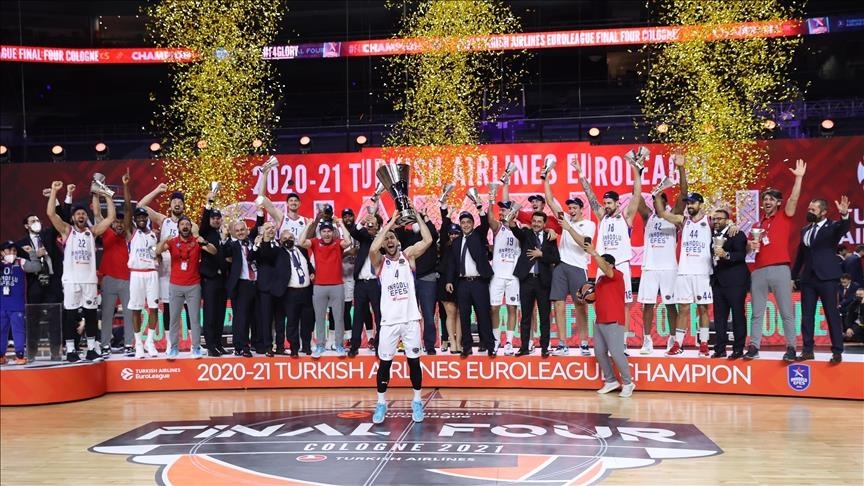 The Spanish side made a better start to the game and the score was 22-15 in favor of Barcelona when the first quarter ended at Lanxess Arena in Cologne, Germany.

In the second quarter, Anadolu Efes responded and recovered from a 10-point deficit, completing the first half with a 39-36 lead.

Turkish side took control in the third quarter, taking a 65-58 lead going to the final period.

Barcelona showed a fight and overcame a 7-point deficit in the fourth quarter, but their efforts were not enough to beat the Istanbul side, who lifted their first EuroLeague title with a 86-81 victory.

Cory Higgins was the highest scorer of Barcelona with 23 points. Kyle Kuric finished with 18 points, Brandon Davies had 17 points.

Anadolu Efes became the second Turkish team to win this trophy after Fenerbahce were crowned the EuroLeague champions in 2017.

Micic was also named Most Valuable Player (MVP) of the Final Four.

“I wholeheartedly congratulate Anadolu Efes over winning the Turkish Airlines EuroLeague title in the final,” Erdogan said on Twitter.

“On behalf of myself and my nation, I would like to express my gratitude to everyone who contributed to this great achievement that made us proud,” he added.

Kasapoglu also shared a message on Twitter to congratulate the Istanbul club’s athletes, staff, board and fans for sealing a EuroLeague title.

This article originally appeared in Anadolu Agency on 30 May 2021.