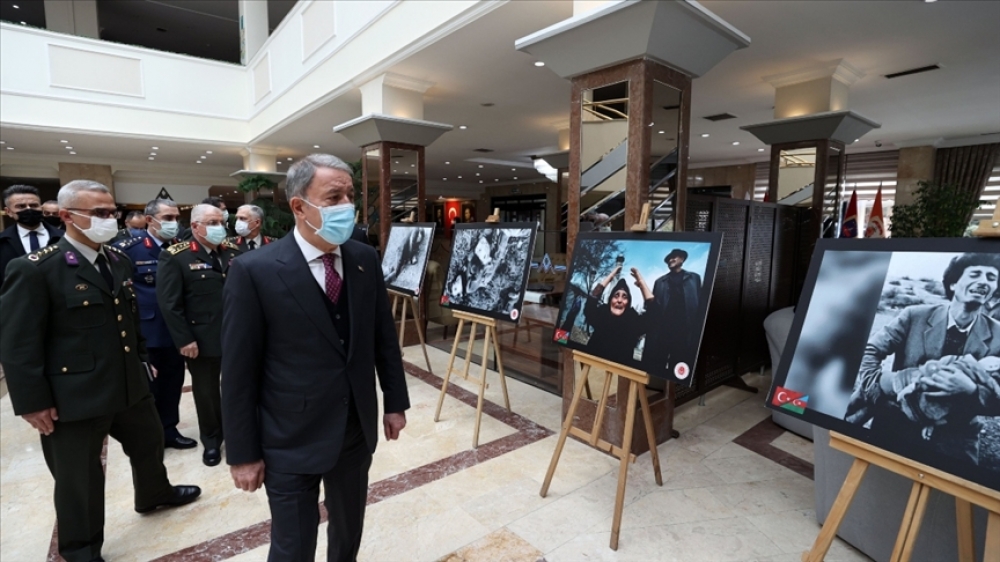 A photo exhibition dedicated to the 29th anniversary of the Khojaly genocide was launched at the Central Army House of the Turkish Armed Forces in Ankara, according to Azerbaijan in Focus, reporting AzerTac.

Speaking at the event, Hulusi Akar said: “We honor the memory of our Azerbaijani brothers who were brutally killed in Khojaly 29 years ago. We always share, from the bottom of our hearts, the grief of our Azerbaijani Turkic brothers. We didn’t not forget the massacre, we will not forget! We will never forget the past, but we will look to the future. May God have mercy on all our compatriots martyred in Khojaly.”