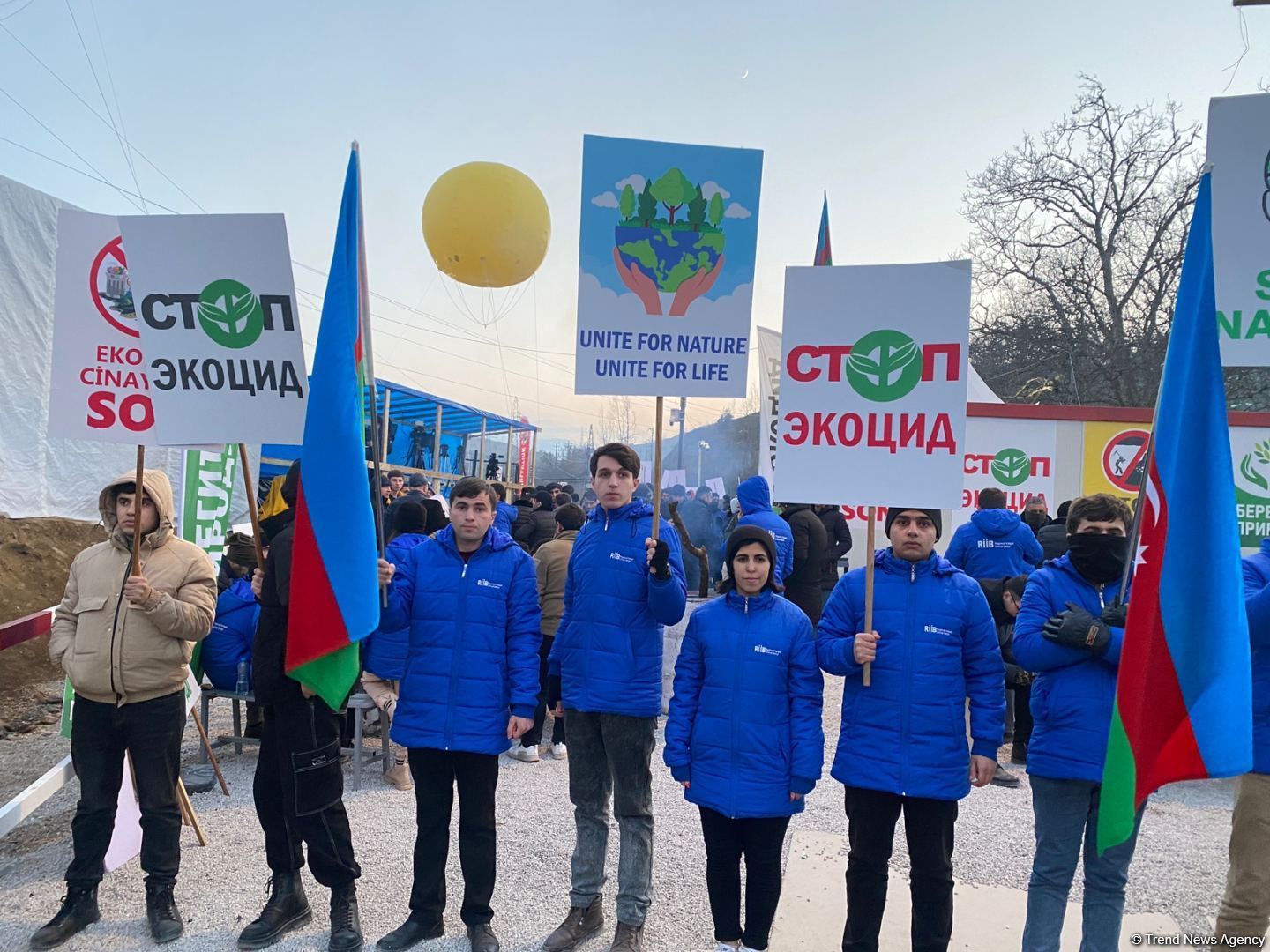 The participants of a rally of the representatives of Azerbaijani non-governmental organizations (NGOs) on the Lachin-Khankandi road in the zone of temporary deployment of Russian peacekeepers in Azerbaijan’s Karabakh near Shusha continue to peacefully protest, chanting various slogans, according to Azerbaijan in Focus, reporting Trend News.

A number of Armenian media outlets today spread information about the alleged completion of the peaceful rally, however, it is still going on.

The rally has been held close to the post of the peacekeepers for the fifteenth day. The main demands of the peaceful protesters are the arrival of the commander of Russian peacekeepers Andrey Volkov, the creation of the necessary conditions for monitoring [of the illicit exploitation of Azerbaijani mineral resources by Armenians in Karabakh] by Azerbaijani specialists, the cessation of environmental terror by Armenians on Azerbaijani lands, the establishment of the individual border and customs control posts on the border with Armenia in the Lachin direction, and the ban of the illegal transportation of weapons into the territory Azerbaijan.

Previously, following the talks with the Russian peacekeepers’ command on December 3 and 7, 2022, a group of experts from the Azerbaijani Ministry of Ecology and Natural Resources, the State Property Service under the Ministry of Economy, and AzerGold CJSC were going to begin preliminary monitoring of the illicit mineral resource exploitation, as well as emerging environmental implications on Azerbaijani lands, where the Russian peacekeepers are temporarily deployed, on December 10, 2022.

The expert team was expected to inspect the environmental condition at the ‘Gizilbulagh’ gold deposit and the ‘Damirli’ copper-molybdenum deposit, monitor various areas, organize cadastral property records, assess potential risks and threats to the environment, as well as to underground and surface water sources.

However, when arriving in the monitoring area, the expert group, accompanied by Russian peacekeepers, faced provocations. The planned initial inspection and monitoring did not take place due to the fact that the Russian peacekeepers not only did not create necessary conditions but also prevented for the entire process to carry on.