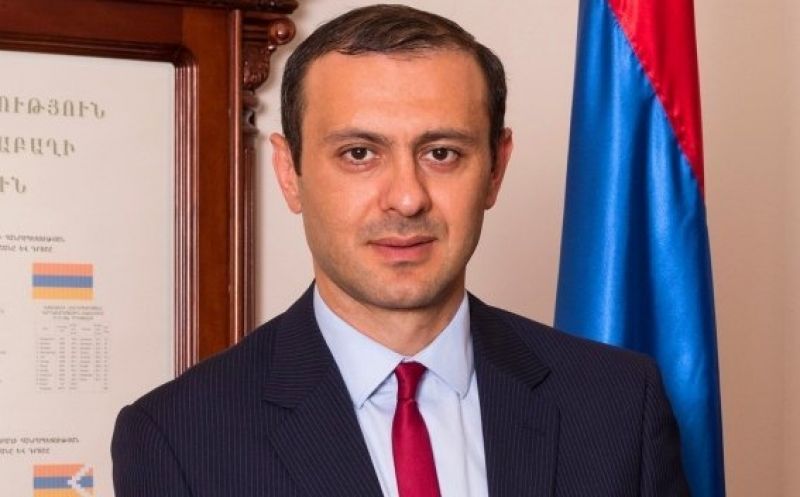 Armen Grigoryan: Baku Is Not Ready For Peace, And Yerevan Will Demand The Territory Of NKAO

The peacekeeping forces of the Russian Federation are carrying out effective activities in Karabakh, now the peace is preserved due to them. The issue of extending the period of stay of the peacekeepers can be discussed in more detail closer to the expiration of the mandate until Azerbaijan shows signs that stability in the region is possible without peacekeepers.

According to Azerbaijan in Focus, reporting Turan News, the head of the Armenian Security Council, Armen Grigoryan, said this before his visit to Moscow in an interview with RIA, answering a question about the effectiveness of the role of Russian peacekeepers and the possible extension of their stay in the region.

The current rhetoric of Ilham Aliyev proves the correctness of the Armenian side that the Nagorno-Karabakh issue is a vital problem for the Armenians of Karabakh and Armenia. “Any statement by Aliyev about the Armenian Zangezur radically distorts the essence of the well-known ceasefire statement,” he said, commenting on the Azerbaijani President’s statement on the determination to build the Zangezur corridor.

He also made it clear that Yerevan will not accept the current state of Karabakh and will seek “historical justice”. “The territory of the Nagorno-Karabakh Autonomous Region (NKAO), with certain borders, is recognised by the international community, and we will do our best to return the occupied territories of NKAO through diplomatic means,” he said.

Grigoryan gave a negative answer to the question: is the defeat of Armenia in the 44-day war connected with bad relations between Yerevan and Moscow. According to him, Armenia is one of the most reliable allies of Russia. Armenia expects to reform its army with the help of Russia and acquire new weapons, Grigoryan said.

Can Armenia sign a peace treaty with Azerbaijan in the near future, and on what conditions is Yerevan ready to do this? Answering this question, the head of the Security Council said, “Before talking about a peace agreement, it is necessary to state a simple fact: the Karabakh conflict has not been resolved. This conflict cannot be resolved by force or the threat of the use of force.” According to him, the conflict should be resolved based on well-known OSCE principles.

“When Azerbaijan shows a reasonable approach, takes rational steps and is ready to conduct a constructive dialogue, then it will be possible to think about a peace agreement,” he added, criticising Aliyev’s statements about Zangezur and the opening of the War Trophy Park in Baku.

Grigoryan rejected claims that Armenia was defeated in the war because Pashinyan and his team are supporters of Soros. He called such statements “a propaganda trick to mislead people.”

Earlier Grigoryan advocated the normalisation of relations between Armenia and Turkey and Azerbaijan, for which he was sharply criticised in Armenia.