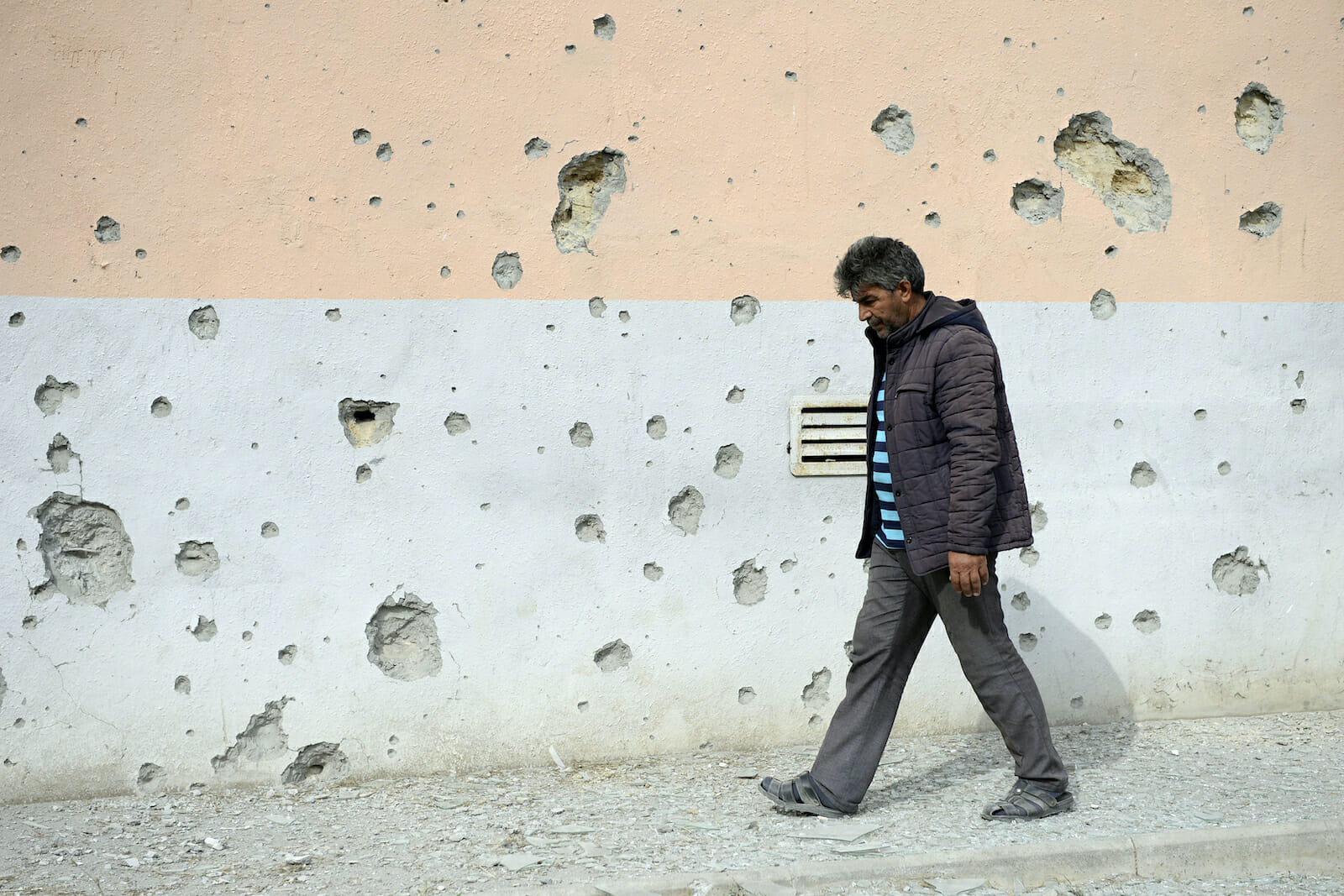 Armenia Needs to Withdraw for Lasting Peace in Nagorno-Karabakh

Terrible suffering has been witnessed on the edge of Europe these past few weeks, with hundreds killed in the revival of hostilities over Nagorno-Karabakh. Even after a ceasefire was announced a week ago, Armenia’s shelling of civilian areas has continued, with a ballistic missile attack on Ganja, Azerbaijan’s second-largest city, flattening a residential building on Saturday night, killing at least 7 people, including children.

This atrocity is just the latest in this decades-long conflict that has seen over 30,000 people killed since both countries fought in the early 1990s over Nagorno-Karabakh. This region is internationally recognized as part of Azerbaijan, yet Armenia has occupied Nagorno-Karabakh and seven adjoining districts of Azerbaijan since 1994. Armenia has refused to hand back control of Azerbaijan’s territory, despite four United Nations’ resolutions calling for it to withdraw its forces unconditionally.

This situation cannot be allowed to continue, not least because it threatens to spill over into a wider regional war involving Turkey, Iran, and Russia. Already there are reports that Armenia has recruited Kurdish fighters and mercenaries from Iraq and Syria, and transferred them to Nagorno-Karabakh to provide training to Armenian forces. This is a dangerous escalation of the conflict, that would inflict battle-hardened militants on to a civilian population.

In contrast, Azerbaijan has responded with restraint to Armenian aggression, attacking only targets inside Nagorno-Karabakh. This is, after all, internationally recognized as Azerbaijan’s own territory. Azerbaijan has been careful to not attack targets within Armenia itself, which Armenia would almost certainly use as a pretext to demand Russian military assistance as per the collective defense terms of the Collective Security Treaty Organization (CSTO), a military alliance of which both Russia and Armenia are members.

Armenia has been trying to force this escalation, by attacking civilian targets within Azerbaijan that are of no military value. These include Ganja, a city 60 kilometres away from the conflict zone, the central Azerbaijani city of Mingachevir, which hosts the country’s largest hydroelectric power station, as well as the towns of Beylagan, Barda, and Terter.

“Now we have developed a tactic of striking artillery. And in the future we will strike at peaceful settlements in order to cause panic,” Harutyunyan told the Russian journalists.

It is clear that Armenia has been planning military action in the past few months while the West has been distracted by the COVID pandemic. In July, before Harutyunyan was appointed chief advisor, he had declared Armenia’s preparedness for war, citing potential targets in Azerbaijan, including the Baku-Tbilisi-Erzurum oil pipeline. “The ‘golden bullet’ will be the Minkechaour dam, which needs surgical precision. If we hit the last target, two-thirds of Azerbaijani territory will be inundated with water,” Harutyunyan told Armenian media.

The very next month, in August, Harutyunyan was appointed as the chief advisor to the Armenian prime minister, leaving no one in doubt as to his government’s intentions.

Armenian leaders have tried to label the conflict a “genocide” against Armenia, invoking memories of 1915. But in the case of Nagorno-Karabakh, it is Armenia itself that has carried out ethnic-cleansing, driving over half a million Azerbaijanis from their homes in the occupied territory.

With hundreds of casualties in the past two weeks, it is important that both sides respect the ceasefire and sit down for the “substantive” negotiations that are needed to end this conflict. It is clear that a shaky ceasefire will not suffice, as it is easily broken when the underlying causes have not been resolved.

To find lasting peace in the region, Russia and the West will have to encourage Armenia withdraw from all Azerbaijani territory, including Nagorno-Karabakh, that Armenia has forcibly occupied. This is the only step that Azerbaijan will accept as a prerequisite for a peace deal.

Azerbaijan’s President Ilham Aliyev has spoken of granting the Armenians of Nagorno-Karabakh “the highest autonomy in the world.” Guaranteed autonomy would allow the Armenian population of Karabakh to live within Azerbaijan, with enough safeguards and supervision by the West and Russia.

This would form the basis of a peace deal where the interests of both peoples are taken into account, with international law also being upheld. Without this compromise, the endless cycle of violence is not likely to end.

This article originally appeared in International Policy Digest on 19 Oct 2020.