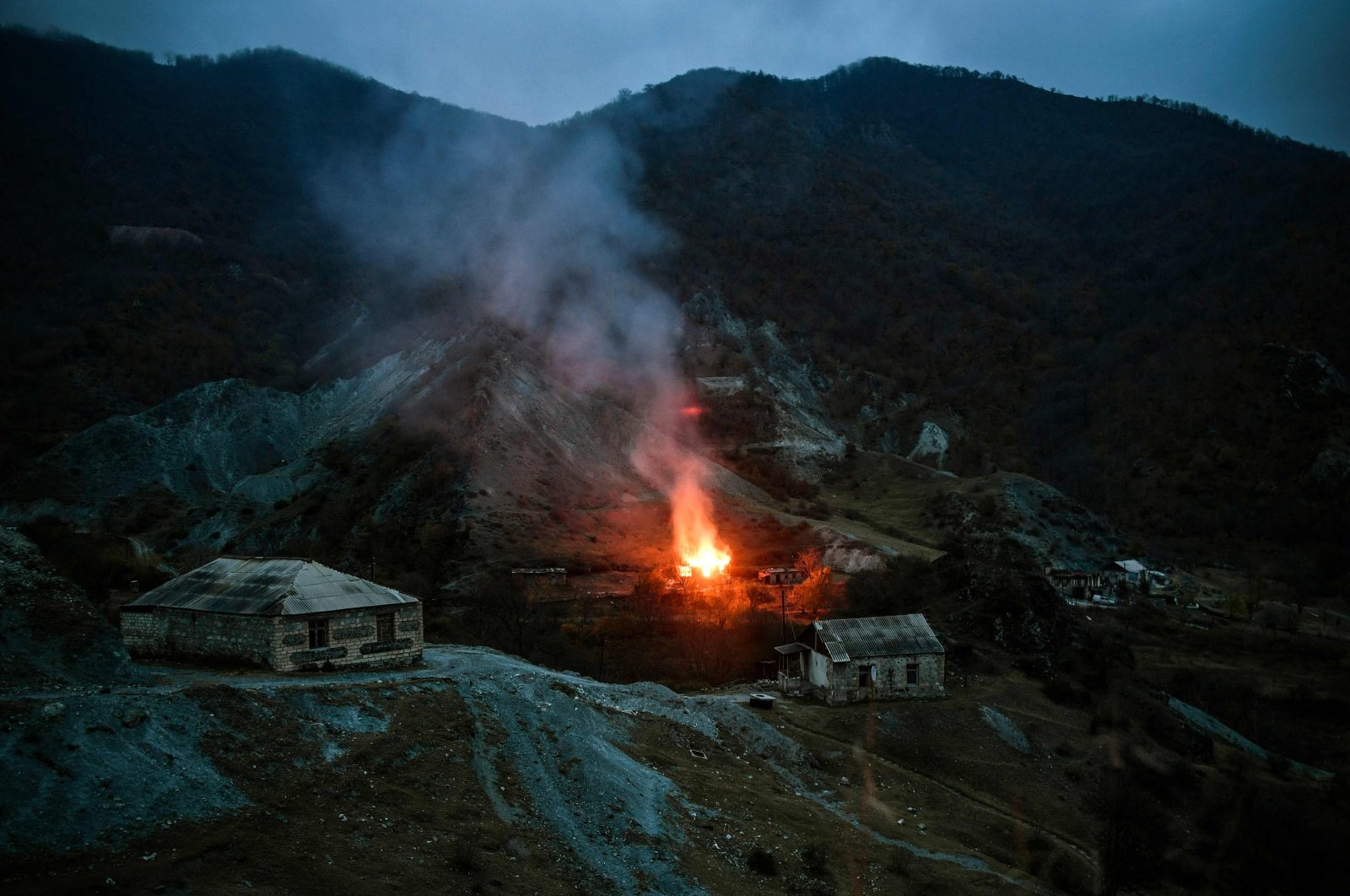 Azerbaijan’s Defense Ministry said on Monday that one soldier had been killed in an attack in the Nagorno-Karabakh region, in violation of the cease-fire struck in November that ended 44 days of fighting, according to Azerbaijan in Focus, reporting Daily Sabah.

The ministry statement said the incident occurred on Sunday in the Khojavend region when a group of six Armenians launched an attack on units of the Azerbaijan army in the direction of Aghdam village. One soldier was killed while another one was wounded and evacuated to a medical institution after receiving first aid, the ministry said.

The ministry added that as a result of the actions taken, all six members of the illegal Armenian armed group were killed. The ministry warned if a similar case happens again, the Azerbaijan army will take the necessary measures.

This is the second violation of the cease-fire in the region as four other Azerbaijani soldiers were killed two weeks ago when their units were attacked in areas adjacent to the Nagorno-Karabakh region.

In 44 days of fighting that began in late September and left more than 5,600 people killed in total, the Azerbaijani army pushed deep into Nagorno-Karabakh, forcing Armenia to accept last month’s peace deal that saw Azerbaijan reclaim much of the region along with surrounding areas. Russia deployed nearly 2,000 peacekeepers for at least five years to monitor the peace deal and to facilitate the return of refugees.

Under the agreement, which leaves Karabakh’s future political status in limbo, Armenia lost control of parts of the enclave as well as the seven adjacent districts that it seized during the 1990s war.

The deal has sparked celebrations in Azerbaijan and fury in Armenia, where the country’s prime minister, Nikol Pashinian, is facing mounting criticism for agreeing to the deal.

The Armenian opposition last week urged Pashinian to quit over the country’s embarrassing defeat in Nagorno-Karabakh.

Speaking on the occasion, Vazgen Manuktan, the opposition’s prime ministerial candidate, urged law enforcers to join the protesters that took to the streets.

They chanted slogans accusing the prime minister of being a “traitor” and demanded that he step down as police took security measures.

While opposition supporters have rallied for weeks, Armenia’s prime minister said Friday he was ready to discuss the possibility of holding an early parliamentary election but rejected opposition demands to step down.

Yet, Ishkhan Sagatelyan, a leader of the Armenian Revolutionary Federation party, wrote on Facebook on Saturday that the prime minister’s election offer “is unacceptable.”

“There is only one way: The traitor must go.”