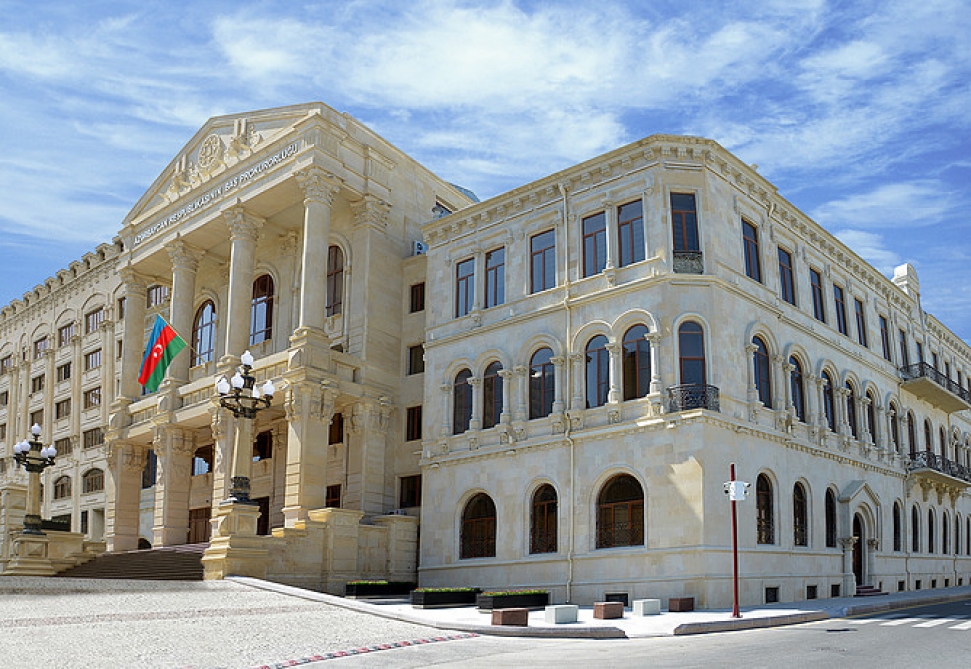 “Excluding fake videos during the analysis conducted by the Prosecutor General’s Office and the Military Prosecution Office of the Republic of Azerbaijan, criminal proceedings have been launched under the relevant articles of the Criminal Code of the Republic of Azerbaijan on the video footages, which seem to reflect reality, as well as on each of the facts of killing captives by amputation of the head and throats.

The Prosecutor General’s Office of the Republic of Azerbaijan has twice officially reported about the initiation of criminal proceedings on the above-mentioned facts and the continuation of operational-investigative measures to bring the perpetrators to justice and identify other persons. However, the failure of the other party to disclose any of the facts stated confirms that these crimes are not investigated by the Armenian law enforcement agencies, and the Armenian leadership demonstrating a lack of political will does not intend to take any further steps to punish the perpetrators.

The Prosecutor General’s Office of the Republic of Azerbaijan addressed international organizations to urge Armenian law enforcement agencies to take necessary measures in connection with the insulting actions on the corpses of Azerbaijani servicemen killed during the hostilities, video footages of inhumane treatment of captured Azerbaijani servicemen, as well as killing and injuring Azerbaijani civilians. The addresses also called on Armenia to fulfill its international obligations, and to conduct an open and fair investigation of criminal facts.

Necessary and intensive investigative actions are underway. All criminal cases related to illegal actions against the Azerbaijani servicemen, killing of 101 and injuring 423 Azerbaijani civilians are investigated by the prosecution authorities of the Republic of Azerbaijan.

The Prosecutor General’s Office of the Republic of Azerbaijan, which organized its work in a transparent and open manner in accordance with the instructions and recommendations of Mr. Ilham Aliyev, the President of the Republic of Azerbaijan, Supreme Commander-in-Chief of the Armed Forces, reiterates that all possible measures will be taken to identify the perpetrators and bring them to justice within the existing legal mechanism and international law, and detailed information will further be available to the public.

This article originally appeared in AzerTac on 28 Dec 2020.