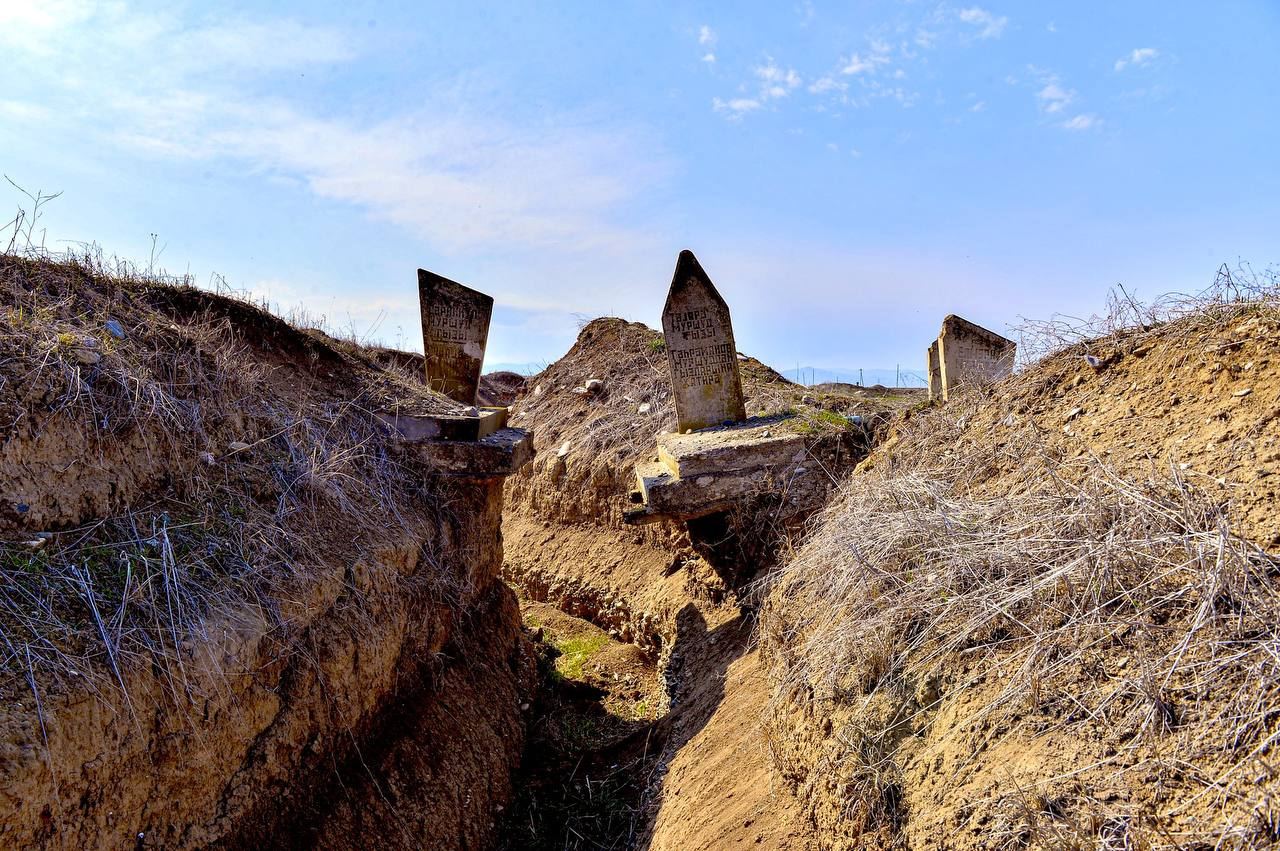 Armenian soldiers dug a trench between the two graves in Azerbaijan’s Aghdam district, Assistant to the President of Azerbaijan – Head of the Foreign Policy Department of the Presidential Administration Hikmat Hajiyev said on Twitter commenting on the trench’s photo, according to Azerbaijan in Focus, reporting Trend News.

According to Hajiyev, these are the graves of Saringul and Teyara sisters.

“Their gravestones were separated by military trench of Armenian forces. No words to depict essence and scale of Armenian vandalism. Even graveyards not spared,” he added.