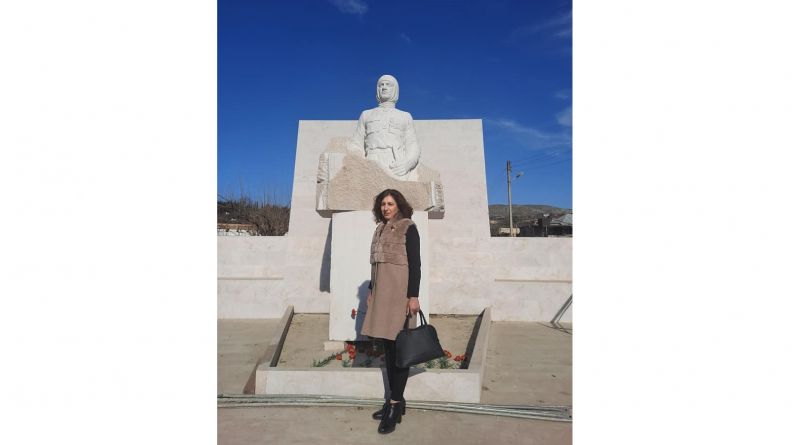 Armenian MP: Monument To Nzhdeh To Be Removed In Martuni

Until May 9, the monument to Garegin Nzhdeh should be dismantled in the Martuni regional centre, according to Azerbaijan in Focus, reporting Turan News, with reference to the Deputy of the Armenian Parliament Sofia Hovsepyan. According to her, the question is tough. “People have already been told – they will have to remove, no options,” she wrote.

Earlier, the Azerbaijani side repeatedly raised the issue of dismantling the monument to Nzhdeh before the Russian peacekeepers, but the Armenian side refused to do so. Apparently, the date of May 9 was not determined by chance. If the Russians want to celebrate Victory Day in Karabakh, then there should be no monument to the Nazi accomplice on this land.

In the same Martuni, there is a monument known to the terrorist Monte Melkonyan; the dismantling of this monument will be next.