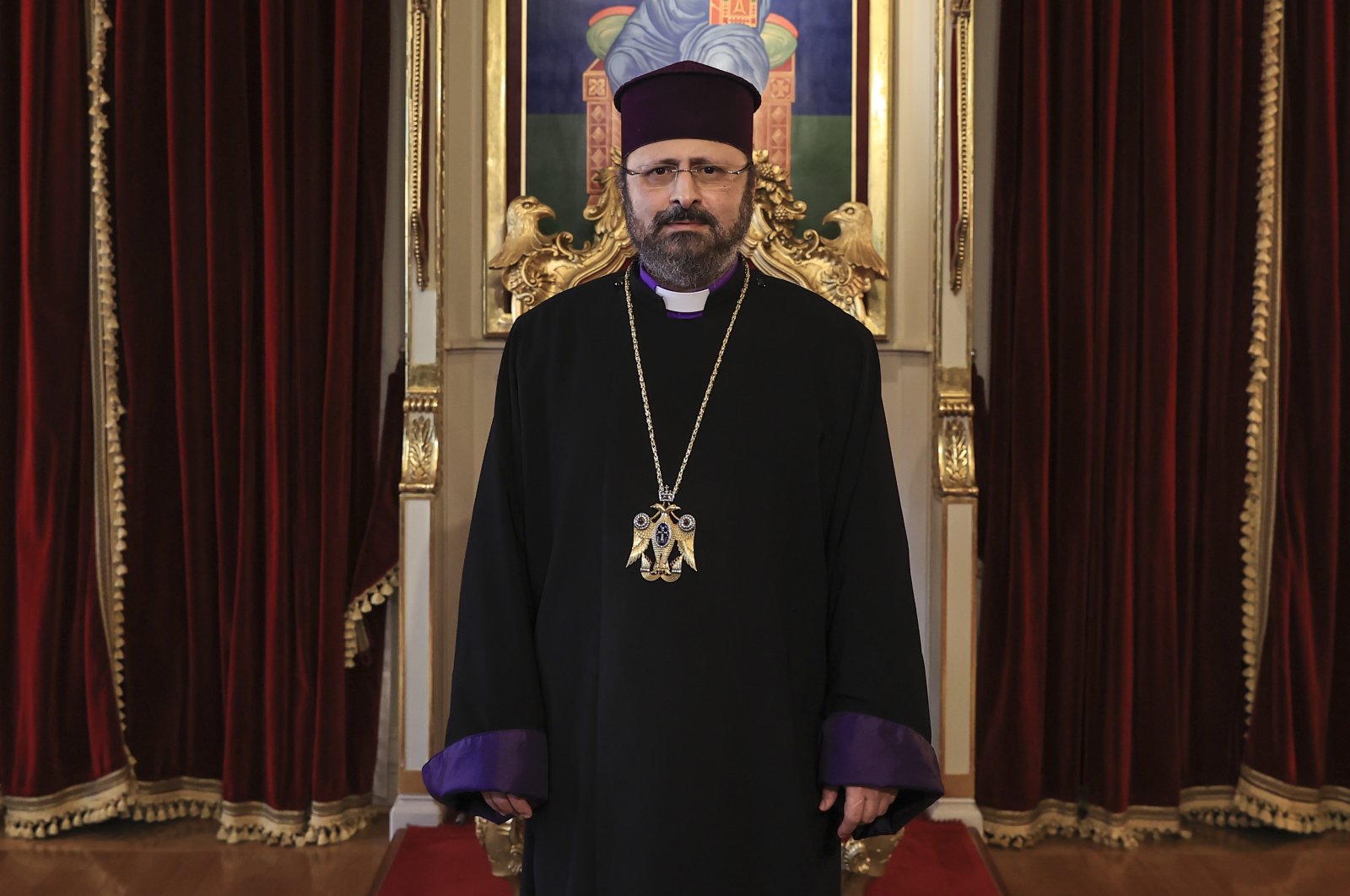 The Armenian Orthodox Patriarch Sahak Maşalyan during an interview with AA in Istanbul, Turkey, April 23, 2021. (AA)

Armenian patriarch slams use of 1915 events as political tool

The Armenian Orthodox Patriarch Sahak Maşalyan Friday criticized the sorrow of the Armenian community being used as a political tool by third parties, underlining that such actions prevent Turkish and Armenian societies from moving on or building fresh relations.

Speaking to Anadolu Agency (AA), Maşalyan expressed the importance of building bridges of friendship and sincerity between Turkish and Armenian people in order to have a clear understanding and evaluation of the historical events.

“It is desired that third party countries provide encouraging contributions to these aims,” he stated and added that governments for decades have used the 1915 events in their agendas, which only causes further tension and serves no solid positive contribution.

Maşalyan said that he will continue to wish for peace, friendship and well-being between Turks and Armenians, as his predecessors did before him.

“We will see the events that took place 105 years ago as an exception to a 1000 years long common history and encourage for relations to be rebuilt in mutual neighborhood and interests,” he continued.

Maşalyan also expressed his thankfulness to President Recep Tayyip Erdoğan for being the only Turkish president so far who expressed open solidarity with the Armenian community.

“In the messages (shared by Erdoğan on the 1915 events), there is respect that attracts attention. We believe it would be right to see these messages as positive steps for a future reconciliation. I wish there could be a joint history commission as it was suggested (by the Turkish government),” the patriarch further highlighted.

As allegations are being stirred up by Armenian lobbies and some countries for political goals, it was reported this week that United States President Joe Biden is planning to recognize the events of 1915 as “genocide.”

Turkey objects to the presentation of the events of 1915 as “genocide,” rather calling them a tragedy in which both Turks and Armenians suffered casualties in the heat of World War I. Ankara has repeatedly proposed the creation of a joint commission of historians from Turkey and Armenia under the supervision of international experts to examine the issue.

This article originally appeared in DAILY SABAH on 23 April 2021.