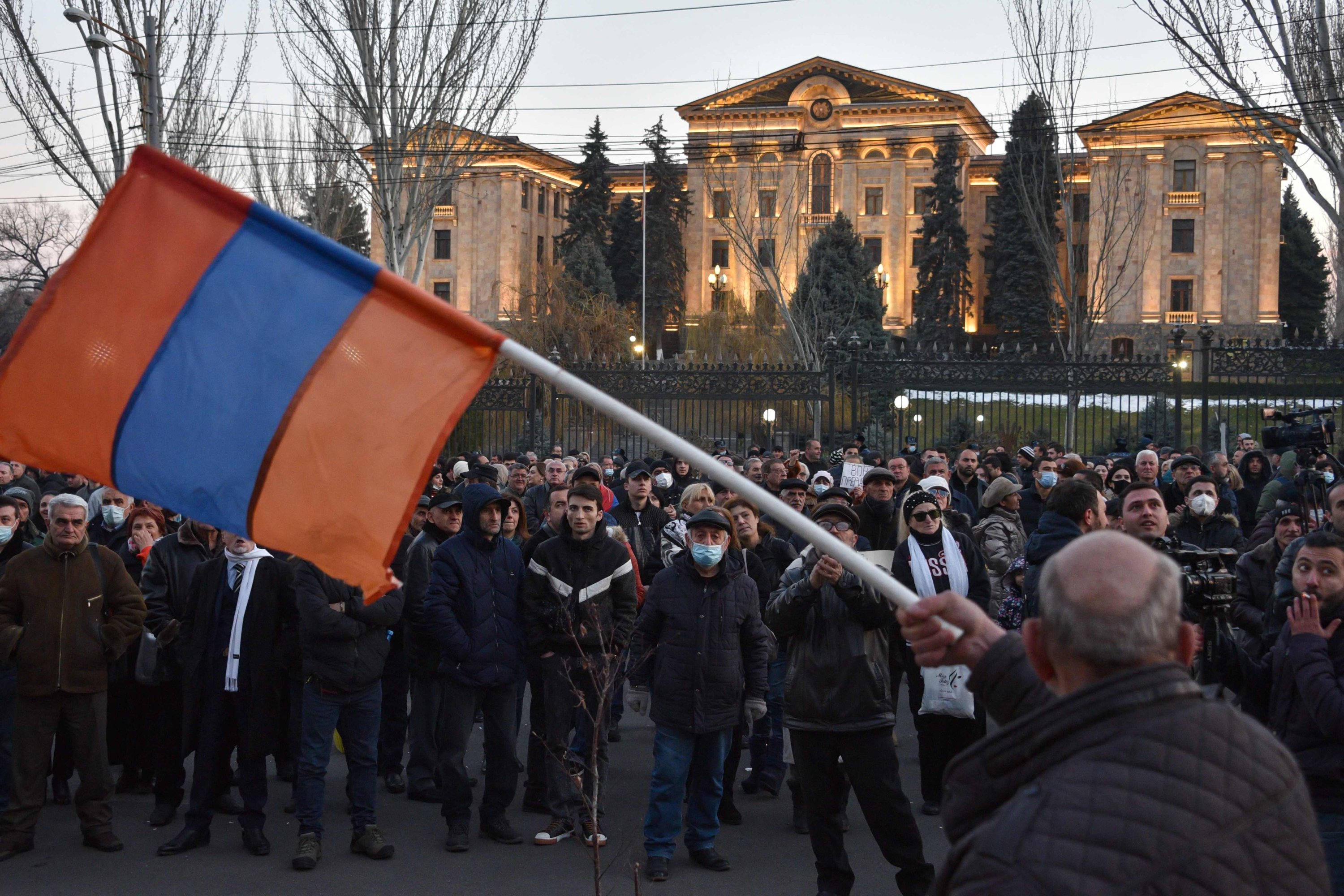 Opposition supporters rally outside the National Assembly building to demand Prime Minister Nikol Pashinian's resignation over his handling of last year's war with Azerbaijan, in Yerevan on Feb. 26, 2021. (AFP Photo)

Pashinian dismissed the head of the general staff Onik Gasparyan Thursday after what he had called an attempted coup to remove him, but the move had to be signed off by the president.

According to the president’s statement, posted on the presidential office website, the move to dismiss Gasparyan was unconstitutional.

Pashinian spoke of a military coup Thursday after the military’s General Staff demanded that he step down after months of protests sparked by the nation’s defeat in the Nagorno-Karabakh conflict with Azerbaijan. The General Staff issued a statement calling for the resignation of Prime Minister Nikol Pashinian, which was signed by top military officers. The move was triggered by Pashinian’s decision earlier this week to oust the first deputy chief of the General Staff.

The small South Caucasus nation plunged Thursday into a fresh political crisis as Pashinian defied calls to resign, accused the military of an attempted coup and rallied some 20,000 supporters in the capital Yerevan.

Armenian prime minister has faced fierce criticism after he signed a cease-fire pact with Azerbaijan that conceded territory occupied by Armenian forces. The deal ended a six-week war over the Nagorno-Karabakh territory in which thousands died. The dispute with Azerbaijan over the territory had ensued for decades.

While Azerbaijan liberated several cities and nearly 300 settlements and villages amid the heavy fighting, Armenians are also handing over other territories under the deal, which is being monitored by both Russia and Turkey.

This article originally appeared in DAILY SABAH on 27 Feb 2021.