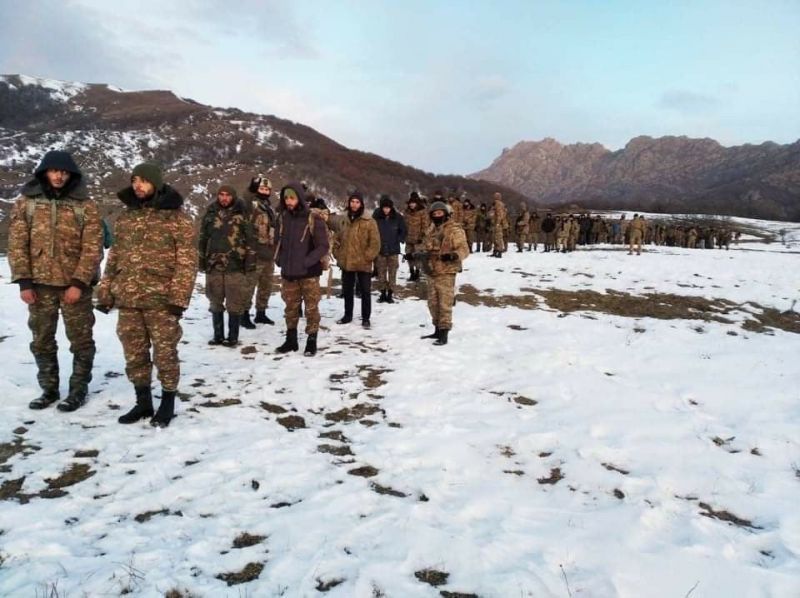 Armenian terrorists turned out to be border violators

On July 2, the trial of the first group of Armenian military men of 14 people, who were accused of terrorism, sabotage and other grave crimes, ended.

In his speech, the state prosecutor unexpectedly dropped all grave charges from the defendants and left only illegal crossing of the state border.

The prosecutor did not explain why he was dropping the charges of terrorism and other grave charges, although before that he called the charges justified.

After the meeting, the court has surprised by the decision as well. So, according to the verdict, Avakyan and Serobyan were sentenced to 4 years, and all the rest 12 Armenians only to six months in prison.

It is noteworthy that journalists were not admitted to today’s meeting.

Considering that the defendants have been under arrest for more than 6 months, they should have been released in the courtroom.

Such a strange trial suggests that 12 of the convicts are likely to be released and extradited to Armenia in the nearest future. It is possible that the next exchange of maps of minefields for the next batch of prisoners will take place.

Recall that 14 defendants were among more than 60 Armenian soldiers captured in December 2020 near Hadrut during the “anti-terrorist operation” of the State Security Service of Azerbaijan.