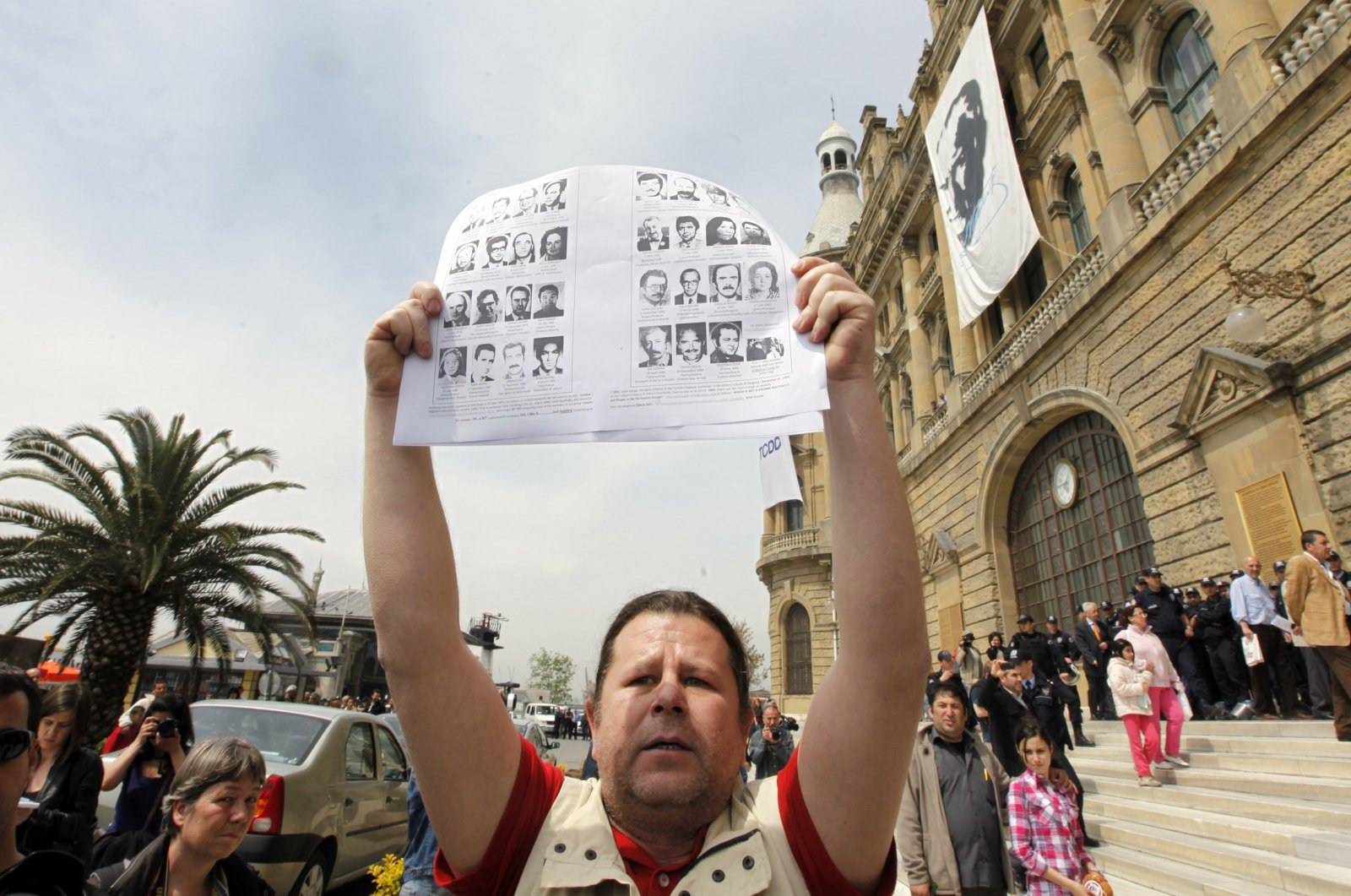 A Turkish man holds pictures of Turkish officials, including ambassadors and consuls, who were killed by a terrorist belonging to the now-defunct Armenian Secret Army for the Liberation of Armenia (ASALA), in response to a demonstration to commemorate the 1915 events in the Ottoman Empire, in front of the historical Haydarpaşa station in Istanbul, Turkey, April 24, 2010. (Reuters Photo)

Turkish and Azerbaijani nongovernmental organizations (NGO) in the U.S. expressed “grave concern” on Monday about the California governor’s decision to not appeal a court decision to release on parole an Armenian national who assassinated a Turkish diplomat in 1982.

Hampig Sassounian, an Armenian immigrant who was living in the suburbs of Los Angeles, was jailed in 1984 for fatally shooting Turkish Consul General Kemal Arıkan after he stopped at a traffic light on Jan. 28, 1982. In 2002, Sassounian signed a declaration renouncing terrorism and was sentenced to life, which requires a minimum of 25 years in prison. His application for parole had been repeatedly denied until a Los Angeles judge granted it last month.

“Since Governor (Gavin) Newsom’s announcement, families of more than 40 Turkish diplomats assassinated by Armenian terrorists, have been receiving crude threats at http://www.StopTerroristParole.org, the latest being, ‘Hampig or Recognize 1915’ and ‘F__You People,'” said the NGOs in a statement.

Previous judicial rulings to release Sassounian on parole were blocked by California’s governors, including incumbent Newsom who rejected his eligibility. However, Newsom reversed course, announcing he will not appeal the Los Angeles County Superior Court’s decision for Sassounian’s release.

“Throughout, the California Parole Board deliberately did not inform the victims, the Arikan Family and the Republic of Turkey regarding the parole process, effectively ambushing the people of Turkey and victims of terrorism globally,” the statement said. “Nor did California keep the federal government informed, though required by law.”

The vast majority of the attacks on Turkish diplomats and citizens in the 1970s and 1980s were conducted by the Armenian Secret Army for the Liberation of Armenia (ASALA) and the Justice Commandos of the Armenian Genocide (JCAG), both designated terrorist groups in the U.S. and Turkey. Sassounian belonged to the JCAG.

The assassinations occurred across the globe, including in the U.S., Austria, France, Italy, Spain, Lebanon, Greece, Switzerland, the Netherlands, Canada, Portugal, Iran and the U.K.

Founded in 1975 in Beirut, Lebanon, during the Lebanese Civil War, ASALA is responsible for hundreds of bloody terrorist acts. The Marxist-Leninist ASALA targeted Turkey as well as other countries and it became infamous for a 1975 bombing of the Beirut office of the World Council of Churches. The nationalistic JCAG has only targeted Turkey because it believed that attacking other countries would damage the so-called “Armenian struggle.”