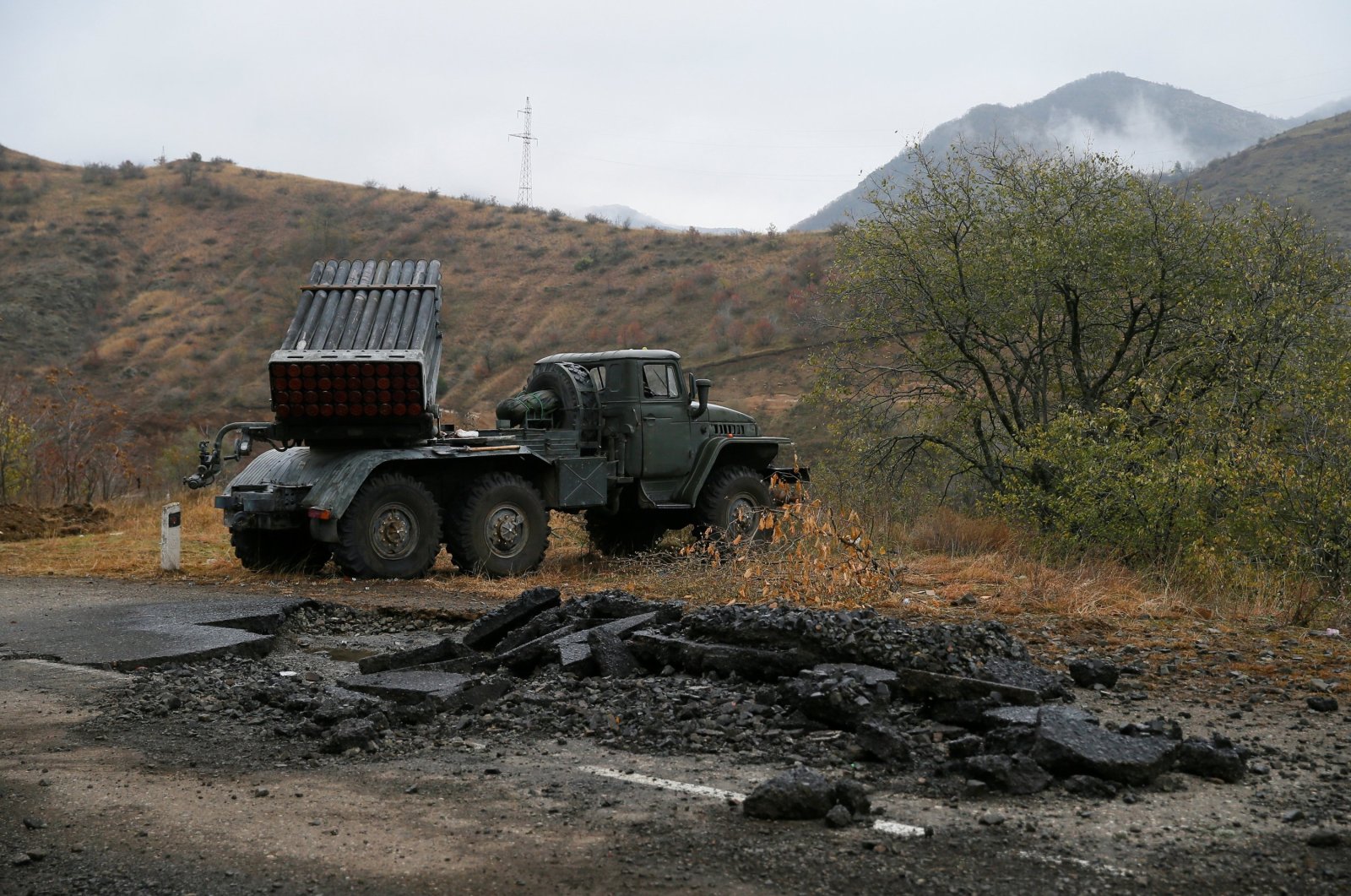 Homes and forests are being set ablaze in the Azerbaijani border region of Lachin by illegally settled Armenians as they leave the region, showed recently captured footage, according to Azerbaijan in Focus, reporting Daily Sabah.

Despite successive warnings not to burn their homes or harm the environment, images have been circulating on social media showing some Armenians burning their houses and nearby forests.

Footage showed Armenians setting fire to their homes in the city of Lachin and nearby villages of Zabuh and Sus, along with the surrounding forestland.

Azerbaijan is set to retake control of Lachin, which lies on the route between the city of Khankendi in Karabakh and Armenia, at the end of this month, in accordance with a joint declaration signed by Russia, Azerbaijan and Armenia.

Russian troops and the Armenian population will leave the areas along the route known as the “Lachin corridor,” where Lachin, Zabuh, and Sus are located and which was temporarily put under Russian control in accordance with the tripartite declaration signed on November 10, 2020, after 44 days of the conflict.

As part of the declaration, Azerbaijan built 32 kilometers (20 miles) of the road passing around Lachin for the Armenian population in Karabakh to use on their way to and from Armenia.

Russian forces providing security on the route of the old Lachin corridor will also move the checkpoints to the new road.

Lachin and its villages were occupied by the Armenian army in 1992, and then Armenians brought from Syria and Lebanon were settled there in the following years. Throughout the process, Azerbaijan has declared that it sees this as a war crime and violation of the Geneva Conventions.

According to information from the Armenian press and social media, the Armenian population that settled in Lachin, Zabuh and Sus was warned to leave the region by August 25. They will be able to settle in either Armenia or Khankendi and will receive financial assistance from Yerevan.

Relations between the two former Soviet countries have been tense since 1991 when the Armenian military occupied Karabakh, formerly referred to as Nagorno-Karabakh, a territory internationally recognized as part of Azerbaijan, and seven adjacent regions.

New clashes erupted in September 2020 and the 44-day conflict saw Azerbaijan liberate several cities and more than 300 settlements and villages that were occupied by Armenia for almost 30 years.

Türkiye was a key backer of Azerbaijan during the 44-day Nagorno-Karabakh war between Azerbaijan and Armenia, which erupted on September 27, 2020, and ended with a Russian-brokered cease-fire and sizeable Azerbaijani gains on November 10.

In January 2021, Azerbaijan, Armenia and Russia agreed to develop economic ties and infrastructure for the benefit of the entire region.

While the ongoing diplomatic negotiations for a permanent peace between Armenia and Azerbaijan and the ongoing normalization process between Türkiye and Armenia have recently harbored a positive atmosphere in the region, they also heralded steps for comprehensive regional cooperation. However, as a result of the recent increase in tension in the Karabakh region, Armenia-Azerbaijan relations have turned hostile again. Türkiye has adopted a discursive position, siding with Azerbaijan and against Armenia.

Azerbaijan last week announced that it regained control of several strategic locations in the Karabakh region. Tensions have flared since an Azerbaijani soldier was killed in an Armenian firing in the border region of Lachin, pushing Baku to launch a retaliatory operation against Armenian forces in Karabakh. Azerbaijan has repeatedly pointed to Armenia’s failure to meet the provisions of the 2020 agreement signed by the two nations plus Russia, drawing particular attention to how Armenian armed groups have not yet pulled out of Azerbaijani territories in Karabakh.