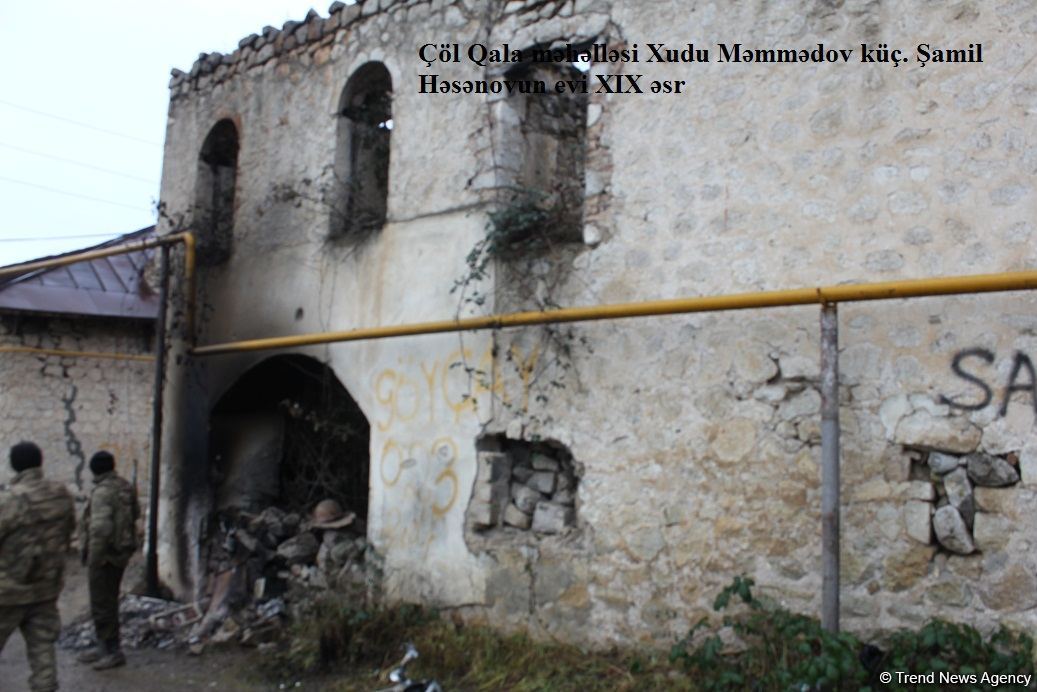 Professor of the Moscow branch of the International Academy of Architects, member of the Board of Azerbaijan’s Union of Architects, Faig Ismayilov, is participating in monitoring work being carried out in connection with historical monuments in Azerbaijan’s post-war Shusha city, according to Azerbaijan in Focus, reporting Trend News.

According to Ismayilov, in the course of the monitoring process it has been found that the Armenians destroyed and demolished the State Musical Drama Theater in Shusha city, the Museums of the History of Karabakh and of Shusha city, which at the expense of various funds were housed in historical buildings, the House-Museums of Uzeyir Hajibeyov, Bulbul, Mir Mohsun Navvab, a branch of the State Museum of Azerbaijani Carpet, the State art gallery, buildings of 4 technical schools, 2 institute branches, music schools, 2 sanatoriums, libraries, house-museums of famous people of art, a camp site for 70 places, a boarding school for 1200 places, etc.

“The Armenians have caused serious damage to 30 historical and cultural monuments on the territory of the reserve with an area of 350 hectares, destroyed 550 old buildings, greatly spoiling the landscape of the city,” he added.

“A list of 525 historical and architectural monuments in Shusha and adjacent territories was compiled to implement the concept of armenization. For this, over the past two years, students of the Architectural and Construction University of Armenia have copied diagrams from 220 buildings of the city, took measurements of the walls, in order to “restore” them later. Then this concept and projects were considered and approved by the Ministry of Science and Education of Armenia, and then by the Cabinet of Ministers, and the government annually allocated 30 million drams for these projects from the state budget to turn the city of Shusha into the Religious and cultural center of the Armenians of the world,” Ismayilov added.