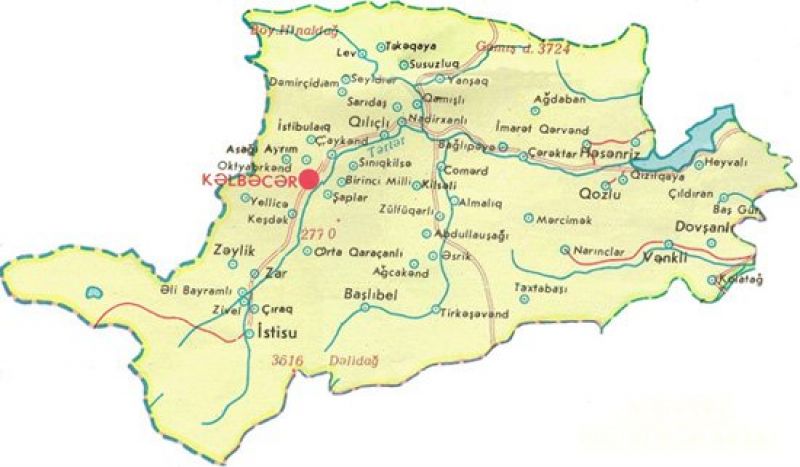 Armenians Given 10-Day Extension to Withdraw from Kelbajar

Armenia has requested a 10-day extension in time to fulfil its obligations to withdraw its troops and illegally-deployed civilians from Kelbajar. Hikmet Hajiyev, aide to Azerbaijani President Ilham Aliyev and Head of the Foreign Policy Affairs Department to the Azerbaijani Presidential Administration subsequently agreed to this, granting a grace period up to November 25, according to ‘Azerbaijan in Focus’, quoting Turan News.

Mr Hajiyev went on to explain how the Armenian government, via the leadership of the Russian Federation, conveyed a request to postpone the schedule for the withdrawal of troops and Armenian population from Kelbajar. According to him, the Armenian leadership had outlined the logistical difficulties of expeditiously implementing this process and, in particular, the presence of only one narrow road leading from Kelbajar to Armenia, which is now heavily congested. This issue was discussed during a telephone conversation between Azerbaijani President Ilham Aliyev and Russian President Vladimir Putin. Understanding the humanitarian issues, Azerbaijan acquiesced with the request.

The obligations of the parties, emanating from the Joint Statement of the leaders of the three countries signed on November 9, remain in force and a special protocol will not be signed. Despite this move, the schedule for the withdrawal of the Armenian troops and the illegal civilian population from the Aghdam and Lachin regions remains unchanged at November 20 and December 1, respectively.

Hajiyev also noted the ‘scorched earth’ policy of many Armenians fleeing Kelbajar, with many setting fire to the shells of their ransacked houses, often spreading to woodland, affecting flora and fauna.

In turn, Huseyn Mahmudov, Head of the International Co-operation Department of the Azerbaijani Defence Ministry, noted that the Azerbaijani army is fully ready to enter Kelbajar. Engineering divisions have already cleared the area where the front line was. He explained that troops would enter Kelbajar from the Dashkesan and Goygol regions.

The Azerbaijani military will occupy positions both on the border with Armenia and in the direction of Nagorno-Karabakh, where Russian peacekeepers will be stationed.

Mahmudov stressed that Armenia is complying with the obligations to withdraw its troops and population, and this has been confirmed by aerial surveys. He showed video footage of heavy traffic on the narrow road, stretching back for several kilometres.