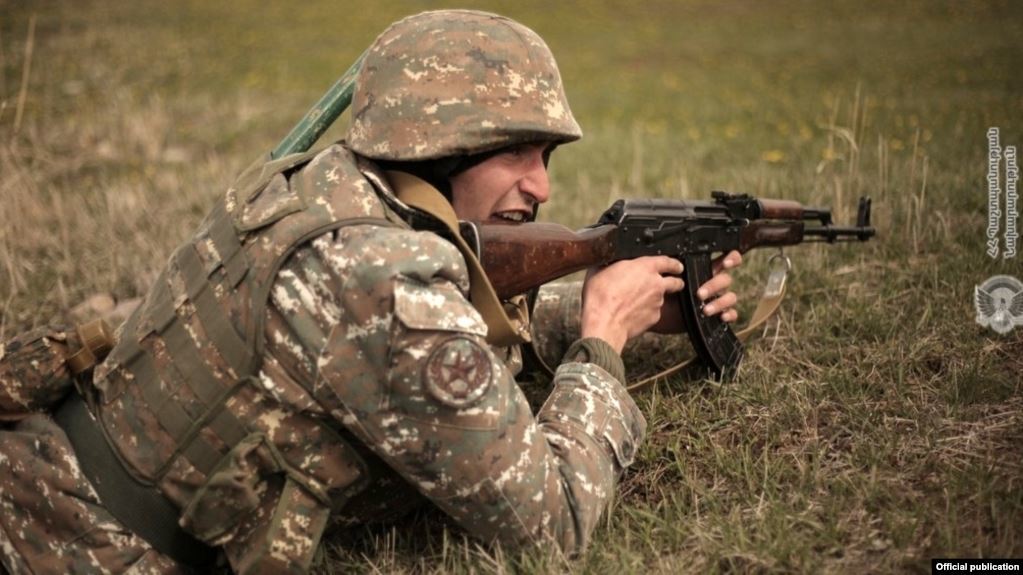 Since 27th September 2020, Nagorno-Karabakh is once again the scene of large-scale military action, which has resulted in significant casualties on the Line of Contact and beyond. The escalation of violence, which reached unprecedented levels since the Armenian occupation of Nagorno-Karabakh and seven surrounding districts some 30 years ago, is not only a major threat for regional security, but also for European security and geopolitical stability, writes Taleh Baghiyev.

As stated by Azerbaijan’s President Ilham Aliyev, our country is fighting on our “own lands” within the internationally-recognised sovereign territory of Azerbaijan, to restore our territorial integrity and to return around one million refugees and Internally Displaced Persons to their native lands. Despite United Nations Security Council Resolutions 822, 853, 874, 884 of 1993 calling for the immediate withdrawal of Armenia’s armed forces, 20% of Azerbaijani territory remains under Armenia’s illegal occupation since the early 1990s.

For almost 30 years, Armenia has not fulfilled its obligations under international law and has been violating Article 49 of the Geneva Convention by settling foreign-born Armenians, i.e. from Syria and Lebanon, in the occupied territories. But now Armenia’s expansionist intentions were revealed when, on October 4th, Armenian armed forces launched rocket attacks on Azerbaijan’s second largest city Ganja, which lies 100 km north of the Nagorno-Karabakh conflict zone. Alongside Ganja, the cities of Khizi, Mingachevir, Terter, Horadiz, Beylagan, Barda and Absheron were also attacked, resulting in the death and injury of numerous civilians. According to reports, Armenia has been recruiting mercenaries from the Middle East, while increasing its military build-up in the occupied Azerbaijani territories and along the Azerbaijan-Armenia border; not to mention waging a disinformation war against Azerbaijan, including recent allegations of Turkey providing material support.

This is not the first time Armenia has endeavoured to open new frontlines with Azerbaijan in regions located far away from Nagorno-Karabakh. On 12-14th July, Armenian forces opened artillery fire at Azerbaijani positions in the Tovuz region at the Azerbaijan-Armenia border, 300 km north of the occupied territories of Nagorno-Karabakh, killing 12 Azerbaijani servicemen and a 76-year-old civilian.

The Armenian Prime Minister Nikol Pashinyan and Defence Minister David Tonayan have been intentionally seeking to expand the conflict along the two sides of the internationally-recognised state border, following Tonayan’s doctrine of “new war for new territories”, with the aim of strengthening their position in the talks and finding an excuse to internationalise the conflict, by involving other major regional powers, such as Russia.

By spreading the fighting to Azerbaijani cities, such as Ganja, close to the Southern Gas Corridor, they are seeking to destroy strategic infrastructure in Azerbaijan, which is an important gateway to Europe for energy supplies from the Caspian Sea and a key corridor for transport routes between Europe and Asia. In a post-pandemic world order, where the regional geopolitics is closely interwined with the Middle East, these developments constitute an alarming threat not only to regional stability, but also to European energy security.

It is not difficult to discern Pashinyan’s hidden agenda behind all these provocations – to distract public opinion from internal problems and to offset his domestic weakness by an aggressive foreign policy. Being harshly criticised for his bad management of the Covid-19 health crisis, Pashinyan is in no position to deliver his promised political and economic reforms. Instead, his so-called “velvet revolution” led to the crackdown on opposition leaders, silencing of the media and peaceful protestors, and a loss of judicial independence. According to a recent Fitch estimate, the economy of Armenia will contract by about 6.2% in 2020. Negative demographic trends could further strain the Armenian economy, which is highly dependent on Russian cash and foreign remittances, in addition to posing a security threat in the midst of a “not so frozen” conflict.

A humanitarian ceasefire was brokered in Moscow on Saturday but Armenia continued to strike Terter and Agdam regions with missiles while killing 9 and injuring 35 civilians, including 6 children, in Ganja near the Georgian border less than a day after the ceasefire.

The West shall not turn a blind eye to these gross ceasefire violations while remembering Pashinyan’s continuous efforts to sap the negotiation process led by the OSCE Minsk Group since he came to power in 2018.

By calling the Azerbaijani territory of Karabakh “Armenian” and referring to its possible annexation while visiting the historical Azerbaijani city of Shusha following illegal parliamentary elections in the occupied territories, the Armenian hardliner showed no goodwill to advance the peace negotiations. Even worse, he rejected the Madrid Principles, which serve as a basis for negotiations since 2007, and sought to change the format of negotiations by demanding the involvement of the de-facto leadership in Nagorno-Karabakh, which is not recognised by a single country in the world, not even by Armenia. Pashinyan went so far as to describe the 1992 Khojaly massacre by Armenian forces, which resulted in the horrendous murder of over 600 Azerbaijani civilians including women and children, as “a pure propaganda trick”.

This is in sheer contrast with president Aliyev’s constructive approach in the peace negotiations, who guaranteed all rights and privileges to ethnic Armenians living in Nagorno-Karabakh if territorial integrity is fully restored. As a multi-confessional and multi-cultural country, Azerbaijan is seen as a model of tolerance in the region. Like other national minorities, such as Lezgins, Russians, Talysh, Tatars and Jews, Armenians are already living peacefully and comfortably in Azerbaijan, and benefiting from legal guarantees for their protection. They can continue to do so when the future status of Nagorno-Karabakh is resolved.

Despite having strategic military ties with Armenia under the Collective Security Treaty Organisation (CSTO), Russia does not seem willing to take sides. This is a responsible attitude coming from a large country, with whom we have cordial relationships and a common Soviet heritage. We also have excellent ties with other CSTO countries Belarus, Kazakhstan, Kyrgyzstan, Tajikistan, and Uzbekistan, with whom we share a common history and culture.

Unlike neighbouring Armenia, we do not have any revisionist agenda and we continue to support a diplomatic solution to restore justice, in line with the territorial integrity principle enshrined in international law. As a staunch ally of the West and EU’s strategic partner in energy, trade, investment, and counterterrorism, Azerbaijan supplies around 5% of the EU’s gas demand. The infrastructure projects, such as Baku-Tbilisi-Kars railway, Baku-Tbilisi-Erzurum gas pipeline and Baku-Tbilisi-Ceyhan oil pipeline, which are being now targeted by Armenia, are not only important for Azerbaijan but also for Europe.

Hence, Armenia’s expansionist policies in violation of international law constitute an existential threat for both Azerbaijan and the EU, as the issues at stake are not only Azerbaijan’s future, but also the security of Europe’s eastern border, its energy security, as well as the geopolitical stability of its immediate neighbourhood.

Taleh Baghiyev is a publishing executive, managing editor of Visions of Azerbaijan magazine and author of numerous books on Nagorno-Karabakh, including “Armenian Question in the Caucasus” and “Khojali Tragedy: An International View”.

This article originally appeared in EU Today on 14 Oct 2020.