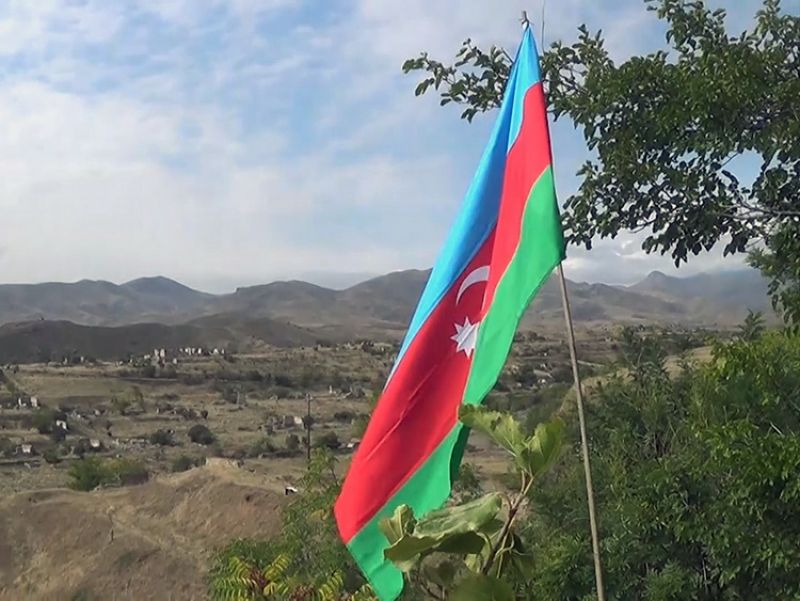 Assessing the Damage to Azerbaijani Lands: a Challenging Task

According to ‘Azerbaijan in Focus’, reporting Turan News, on November 13, Azerbaijani Prime Minister Ali Asadov ordered the creation of multi-level special groups of experts to assess the damage caused by the Armenian armed forces to Azerbaijani housing, infrastructure and the population during the hostilities and to the liberated territories throughout nearly 30 years of illegal Armenian occupation.

The Coordination Group under the Azerbaijani Cabinet of Ministers and the Working Group for the Management of Relevant Areas, comprises the Deputy Heads of the Ministry of the Economy, the Ministry of Emergency Situations, the Ministry of Agriculture, and the Deputy Prosecutor General; and representatives of the Ministry of Finance, ASAN and the State Committee for Urban Planning and Architecture. In addition, working groups comprising representatives of relevant government agencies have been created, as have those in relation to those Azerbaijani areas that were bombed by the Armenian army: Aghdam, Agjabedi, Beylagan, Barda, Terter, Fizuli, Jabrayil, Goranboy, Naftalan, Ganja and Mingachevir. In the Terter region, taking into account the scale of damage, three working groups have been formed.

The Prime Minister continued: “The working groups will assess the damage and, by December 10, 2020, will submit proposals on the means necessary for the complete rehabilitation of damaged facilities and repair and construction of housing.” The Azerbaijani Ministry of Transport, Communications and High Technologies, the State Oil Company of the Azerbaijani Republic (SOCAR), Azersu OJSC, Azerenerji OJSC, Azerishig CJSC and the Azerbaijani State Agency for Highways have also been instructed to assess the damage caused to infrastructural facilities and submit proposals to the Commission by December 1, 2020 about the costs of remediation.

By December 10, 2020, ASAN will form a unified database on damage and its repair and remediation. Earlier, Azerbaijani President Ilham Aliyev signed a decree on the creation of a State Commission to assess the damage caused to housing, infrastructure and the population. Ali Asadov, Prime Minister and Shahin Mustafayev, Deputy Prime Minister, will Chair this State Commission. It is scheduled to complete its work by the end of the year and submit proposals to President Aliyev on the costs of remediation.

At the present time, the instruction of the Prime Minister omits to mention the Lachin, Gubadli, Zangilan and Kelbajar regions and numerous cities and settlements in Nagorno-Karabakh, some of which were reclaimed by Azerbaijan from September 27–November 9, 2020. Some areas must be returned to Azerbaijan on the basis of the Peace Declaration signed by the Azerbaijani and Russian Presidents and Armenian Prime Minister during the night of November 9–10. It is likely that repair work on these areas will be determined during the coming months, following the departure of the Armenian armed forces. The Kelbajar region should be completely free of Armenian occupiers by November 25, Aghdam by November 20 and Lachin by December 1.

There are questions about the feasibility of the Commission’s work in those regions of Azerbaijan, in which, according to the maps published by the General Staff of the Russian Federation, Russian peacekeepers are stationed (with the consent of Azerbaijan and Armenia). For example, in the Aghdam region, patrols of military police units will operate, and some areas of the Terter region will contain the observer posts of the peacekeeping mission. Similar observation posts will be established in the Lachin region, excluding the 5km Lachin transport corridor, which has a separate status, and in several settlements in Nagorno-Karabakh. This situation is aggravated by the fact that, when leaving these areas, Armenians are burning houses and all infrastructure. Nevertheless, several Azerbaijani companies and banks have already announced that they will commence their activities in the liberated territories, including Azercell and Bank Respublika. Of course, the Azerbaijani Agency for Mine Action (ANAMA) must undertake mine clearance operations before full-scale activity can be launched.

According to various independent experts, it is estimated that the damage to Azerbaijani lands will amount to $20–50bn. This would be a gigantic amount for the country’s economy to withstand, having been weakened in 2020 by the fall in oil prices, the Covid-19 pandemic and the costs of the 44-day war itself. Rukhsar Pekjan, Turkish Trade Minister, recently spoke about the granting of assistance in restoring the liberated lands. Turkey will also participate in the Joint Centre for Monitoring the Observance of the Ceasefire Regime.

“Turkish companies are ready to invest and participate in construction projects in those territories of Azerbaijan liberated from occupation,” Pekjan emphasised during a virtual conference with Mikail Jabbarov, Azerbaijani Minister of the Economy.

Turkey will also construct roads and rail infrastructure to connect it with the Nakhichivan Autonomous Republic of Azerbaijan and the isthmus in Armenia with the main territory of Azerbaijan. This is reflected in the Declaration of Peace.

It is possible that Iran will participate in some reconstruction projects, since the vast length of its border with Azerbaijan has been liberated and there are conditions for the Khudafarin energy and roads project at the Azerbaijani–Iranian border. The EU has declared its readiness to provide additional humanitarian assistance to meet the needs of the civilian population affected by the conflict and has already committed about €1 million in emergency assistance.

It should be noted that, during the period of Armenian occupation in the Lachin and Kelbajar regions, some infrastructure was constructed in Shusha. However, its condition will be determined later. In the Fizuli, Jabrayil, Zangilan, Gubadli and Aghdam regions, the majority of the settlements and infrastructure was destroyed. It is possible that, after assessing the damage, Azerbaijan will turn to the international community for assistance in restoring life to the liberated regions. In addition, claims for compensation payments by Armenia will be sent to various international entities.

According to Vusal Gasimli, Head of the Centre for Analysis of Economic Reforms and Communications (CAERC), claims will be submitted to the UN Compensation Commission (UNCC), the International Court of Justice, and the European Court of Human Rights.

He explained: “Two methods can be used to assess the damage caused during the conflict – an assessment of direct losses, which includes the real cost of damage caused – and an assessment of indirect damage (additional benefits lost due to infrastructure destruction)… which will be submitted to the World Bank (in Iraq).”

However, international cases on compensation for damage require many years of discussion and are not always effective, so Azerbaijan should rely both on its capabilities and on applying for loans and other types of financial assistance, such as assistance from donor countries.

The Azerbaijani Ministry of Ecology and Natural Resources has stated that there are numerous nature reserves in the occupied territories, although indigenous flora and fauna were destroyed during the occupation. Nagorno-Karabakh and the seven adjacent regions are rich in minerals.

Before the Armenian occupation, there were about 167 proven deposits in this zone, which were plundered, including:

According to Azerkosmos OJSC and other sources, the Armenian occupiers caused significant damage to the ecosystem as a result of plundering the Vejnali gold deposits in the Zangilan region, the Soyudlu gold deposits in the Kelbajar region and the Mehman polymetal deposit in the Aghdara region (still Armenian-controlled). For example, illegally mined gold was used for the manufacture of Franck Muller watches (belonging to a representative of the Armenian diaspora). The Armenian Ministry of Industry and Trade of Armenia attracted private companies from the UK, USA, France and Australia to exploit these deposits in violation of international law.

Before the occupation, according to the Geological Information Fund of the Azerbaijani Ministry of Ecology and Natural Resources, the following deposits existed:

Using fresh images from the Azerkosmos satellite, topographic maps of the liberated territories will be updated and maps of the environment and natural resources will be prepared. According to Elshad Mammadov, Economist and Professor from the Azerbaijani State University of Economics (UNEC), agriculture can be revived in the liberated territories using high technologies, and the region’s rich water resources will be beneficial for the agricultural sector.

Mr Mammadov concluded: “Over time, in one to two years, it will be possible to revive tourism here. In general, the findings from the liberated regions need to be analysed. The region will derive great benefits from this. It remains unclear as to the extent whereby Azerbaijan will be able to take advantage of the potential of the liberated territories in the near future. However, I believe that, over time, Azerbaijan will derive ‘financial returns” from these rich liberated lands.”