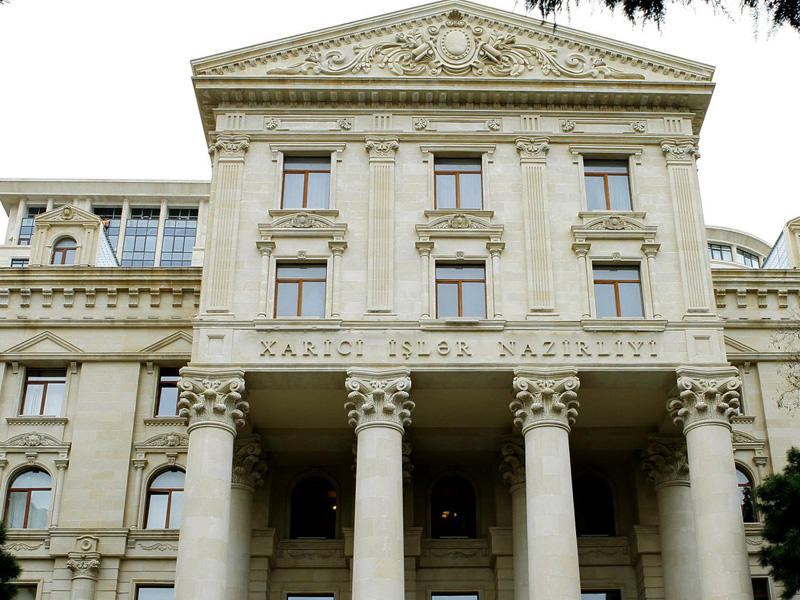 “We strongly condemn the statements of the Prime Minister of Armenia and the Ministry of Foreign Affairs of this country on September 2, 2021, which serve to encourage separatism in the Karabakh region of Azerbaijan.

Such actions of the country, which does not give up its groundless claims to the territories of Azerbaijan existing within the framework of international law and continues attempts to falsify history, grossly violates the principles of international law, does not draw conclusions from the deplorable situation in which it found itself due to its aggressive policy, are the result of a sick imagination.

Armenian officials may try to distort historical facts and law as much as they like, but this will not change the truth: Karabakh is the historical territory of Azerbaijan, an integral part of its internationally recognized territory.

Since the late 1980s, Armenia has openly put forward territorial claims to the Nagorno-Karabakh Autonomous Region of Azerbaijan and has supported aggressive separatism. It is known that the unilateral secession of Karabakh without the permission of Azerbaijan contradicted Soviet legislation, and this fact was confirmed at the highest constitutional level even at that time.

Referring to the right to self-determination, Armenian officials do not mention that the “independence referendum” held by separatists in Karabakh on December 10, 1991, took place without the consent of Azerbaijan, of which the autonomous region was legally part, and without the participation of the Azerbaijani population of this region.

Armenian officials are also silent about the fact that for almost 30 years the Karabakh region of Azerbaijan was under military occupation of the Armenian armed forces and the fundamental rights of about one million Azerbaijanis were violated.

Over the years, we have repeatedly voiced in our official statements these and other facts, the unjustified and destructive position of Armenia, the decisions of international organizations. Azerbaijan has shown strategic patience for decades trying to resolve the conflict through negotiations.

As a result of the 44-day Patriotic War, which began in response to another military provocation by Armenia, which did not abandon the policy of aggression, Azerbaijan restored international justice and its territorial integrity. From now on, attempts to make any territorial claims against Azerbaijan and inflame aggressive separatist tendencies in our territories will be resolutely suppressed and an adequate response will be given to them.

The destructive behavior of Armenia against the background of new realities in the region not only has no prospects, but also leads Armenia to collapse,” the ministry said.