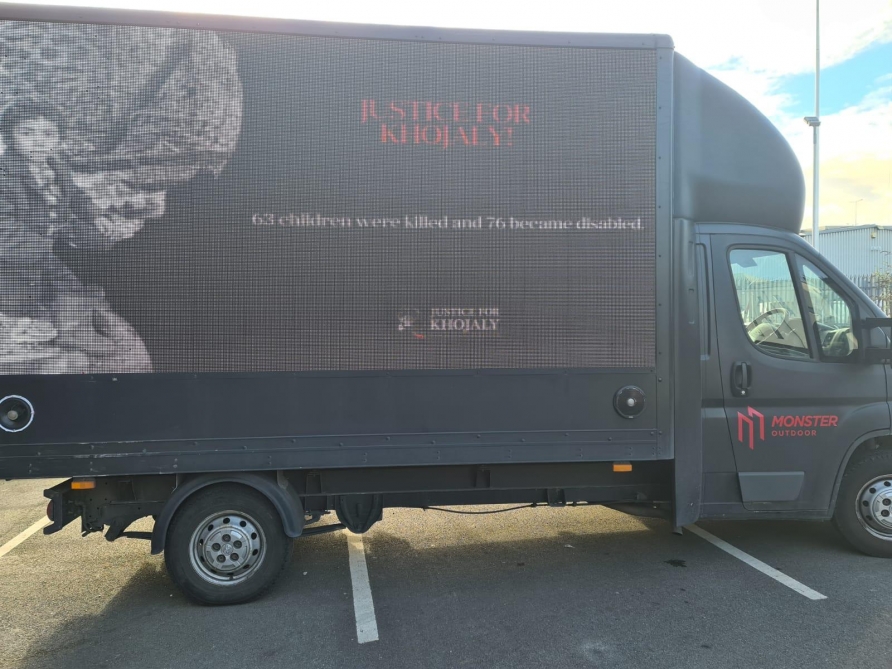 According to Azerbaijan in Focus, reporting AzerTac, an awareness-raising campaign dedicated to the 29th anniversary of the Khojaly genocide has been launched in London with the support of the State Committee on Work with Diaspora and with the organization of Sabina Guliyeva, head of the Natavan Group operating in the United Kingdom.

During the three-day rally, a car with an electronic board reflecting the realities of the Khojaly genocide will move through the central streets of London. The slogans such as “Justice for Khojaly!”, “We remember!” are reflected on the electronic board. The photos on the board are accompanied by information such as “Khojaly genocide. February 26, 1992”, “Aghdam. Funeral of Khojaly victims”, “63 children were killed, 76 children were disabled”, “25 children lost both parents, 130 children lost one parent, 8 families were completely destroyed”.

The rally, to last from 10:00 to 18:00 London time, will cover the central streets and squares of the city.