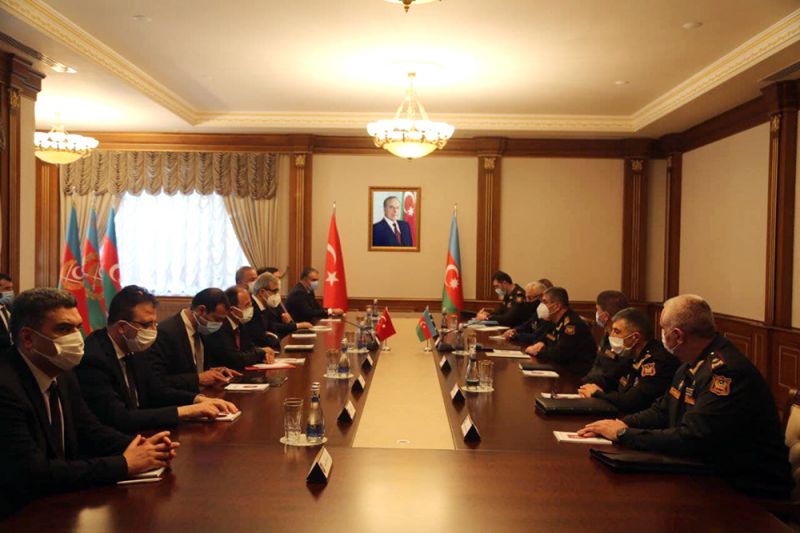 Azerbaijan and Turkey Will Ramp Up Military-Technical Cooperation

According to Azerbaijan in Focus, reporting Turan News, Azerbaijan and Turkey intend to ramp up military-technical cooperation, as was announced on April 30 by Azerbaijani Defense Minister Zakir Hasanov at a meeting with a delegation led by Ismail Demir, a Chairman of the Turkish Defense Industry Committee.

The delegation included the leading companies of the military-industrial complex of Turkey – “STM”, “ROCKETSAN”, “HAVELSAN” and “ASELSAN”, the press service of the Ministry of Defense of Azerbaijan said.

Hasanov noted the successful bilateral military and military-technical cooperation between the two countries, developing along an ascending line.

The meeting discussed topical issues of Azerbaijani-Turkish bilateral military-technical cooperation, outlined ways to implement new joint projects developed consideration of new methods and methods of conducting modern combat operations, in particular, the combat experience gained in the Patriotic War. It was noted with confidence that the main attention will be paid to further strengthening the technical equipment of the Azerbaijani troops.

Statement by the Co-Chairs of the OSCE Minsk Group

Biden Must Press Armenia to Hand Over Minefield Maps