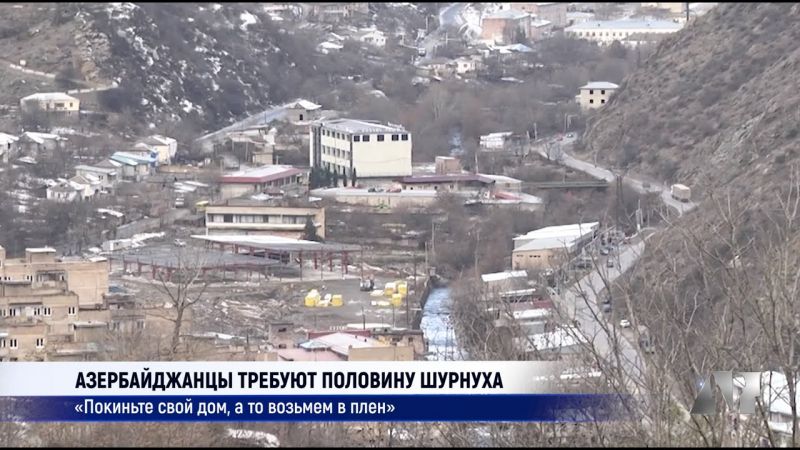 The village of Shurnukh in the historical Zangezur district (later renamed Syunik), where the delimitation works are being carried out, has come under the control of Azerbaijan, according to Azerbaijan in Focus, reporting the Caucasian Herald.

The relevant information was confirmed by the villagers on Facebook. “There is already a “post” in the village,” the report says.

It is specified that the deadline is scheduled for January 5.

Shurnukh village head Hakob Arshakyan said that the Azerbaijani military occupied part of this settlement in the Syunik region of Armenia, Sputnik-Armenia reports.

“It’s over. Azerbaijanis, Russians, and our border guards arrived. They have given a final deadline until January 5th, they will put posts in the middle of the village,” he said.

The headman stressed that the Azerbaijani troops and the Russian border guards who arrived at the site refer to the map of the General Staff of the USSR Armed Forces from 1942. “We also have this map, and there the border passes under the village, and not on the territory of the village. But there’s no one to tell them… It seems that the building of the village library is going to them, ” Arshakyan said.

At the end of December, representatives of the Azerbaijani troops demanded to give them part of the village of Shurnukh within a day. In protest against the inaction of the Armenian authorities, local residents blocked the highway from Goris to Kafan for several hours.

Earlier, after the liberation from the long-term Armenian occupation of the Lachin region of Azerbaijan, during the demarcation and delimitation of the borders between Armenia and Azerbaijan, some sections in the Zangezur region were transferred to the Azerbaijani side.

The name of the village Shurnukh is Azerbaijani and means the Murmur of Noah.