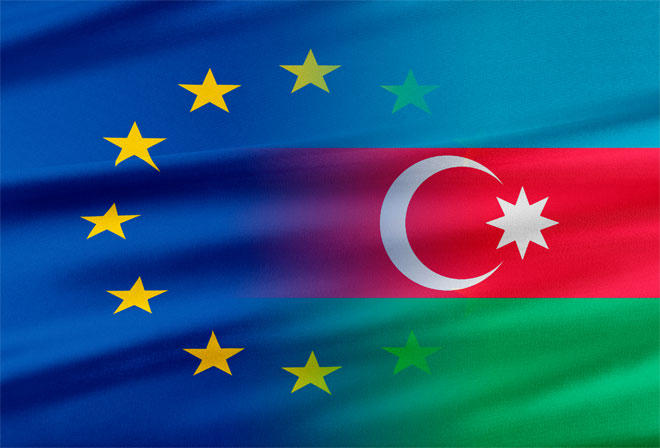 During his two-day visit to Italy, President of Azerbaijan Ilham Aliyev, in particular, gave very important messages regarding energy security, according to Azerbaijan in Focus, reporting Trend News. Thus, the speech of the head of the Azerbaijani state at the plenary session of the Cernobbio forum was not only about the energy security of Europe but also about solving more global existing and expected problems in the energy sector.

Undoubtedly, the issue of energy security plays an important role in Azerbaijan-Italian relations. In terms of oil supplies to Italy, our country ranks first, of gas – third. In 2021, about 7 billion cubic meters of gas were exported to the Italian market, that is, the bulk of the export gas was sent via the South Gas Corridor (SGC). It is expected that in 2022, the export of Azerbaijani gas to Italy while maintaining the current pace, under long-term and spot contracts will increase to 10 billion cubic meters. Italy is very determined on the issue of expanding the Trans-Adriatic Gas Pipeline (TAP), which has been repeatedly stated by officials of this country. Earlier, in an interview with La Repubblica, the State Secretary of the Ministry of Foreign Affairs and International Cooperation of Italy, Manlio Di Stefano, announced his country’s desire to increase the volume of natural gas imports through the TAP to 10 billion cubic meters per year. Now Azerbaijani gas coming through the TAP provides about 10 percent of Italy’s gas needs, but the volumes, as President Ilham Aliyev said at the forum, can be doubled.

Azerbaijani energy expert Ilham Shaban noted that the visit of Azerbaijani President Ilham Aliyev to Italy was aimed not only at raising the growing political and economic relations between the two countries to a higher level.

“So, I would say that official Baku’s call for energy cooperation against the backdrop of the energy crisis that Europe is facing in the current tense international military-political situation, in particular, against the backdrop of Gazprom’s complete cessation of gas exports to Europe via the Nord Stream -1 was the highlight of the visit. In his speech at the 48th Cernobbio Forum, held annually by The European House – Ambrosetti analytical center, President Ilham Aliyev stated that close cooperation and coordination are important to meet the growing demand for energy in Europe,” the expert said.

As Ilham Shaban noted, the head of state stressed that for this purpose, Azerbaijan has already officially launched a dialogue with the European Union on energy, and this will include not only natural gas but also other segments of the energy market, in particular electricity, hydrogen and green hydrogen.

“Further, the President of Azerbaijan once again brought to the attention of the European audience the need to expand the TAP. Another point was the statement of President Ilham Aliyev that Azerbaijan had begun practical negotiations on the expansion of the Trans-Adriatic pipeline. The President recalled that our share in the TAP is only 20 percent. Others shareholders should also come to an agreement so that we plan an investment project together.The President of Azerbaijan also sent a message to buyers in the West that there are no problems with resources associated with the expansion of the pipeline as the volume of proven gas reserves of Azerbaijan alone are 2.6 trillion The President also spoke about the role of Azerbaijan in the energy security of Italy. The head of state noted that since December 31, 2020, 13.5 billion cubic meters of Azerbaijani gas have been exported to Europe, including 11.7 billion cubic meters to Italy. That is, the share of Italy in the export of Azerbaijani gas to Europe is currently about 87%,” the expert said.

“According to the agreements on the purchase of gas by Italian companies with the Shah Deniz consortium, Azerbaijan’s obligations to this country are to supply 8 billion cubic meters of gas per year. Apparently, Italy wanted to buy additional volumes of gas from Azerbaijan due to the energy crisis in Europe, and Azerbaijan responded positively to this request,” he concluded.

So, today Azerbaijan, under the leadership of President Ilham Aliyev, opens up multilateral prospects and defines new cooperation priorities that can prevent all threats to the energy security of Europe and the world.