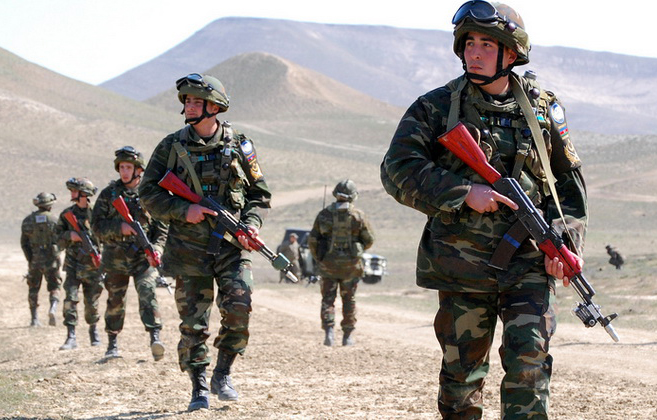 The regional stability of the entire Caucasus region is threatened by Armenia’s expansionist policy, according to the Center for Eurasian Strategic Studies, a think tank based in Turkey. Border clashes in the past five days have erupted after Armenia attempted to usurp new territory around Nagorno-Karabakh.

Nagorno-Karabakh is internationally recognised as part of Azerbaijan, yet Armenia has occupied this region and adjoining parts of Azerbaijan since 1994, in violation of four United Nations resolutions calling on Armenia to withdraw its forces.

17 Azerbaijani civilians have been killed by Armenian shelling this week, with 51 injured.

Reports indicate that Armenia is transporting rebel Kurdish fighters from Syria and Iraq to Nagorno-Karabakh to bolster its occupation. Armenia is also recruiting mercenaries and private armed companies from Russia, Ukraine and other post-Soviet countries.

Azerbaijan has responded decisively to Armenian aggression. Yet, in a further step that could destabilize the region, Armenia has threatened to use its Russian Iskander ballistic missiles to hit Azerbaijan’s infrastructure. That would be a dangerous escalation by Armenia of the current clashes, and Azerbaijan would then be compelled to respond with overwhelming force.

“Azerbaijan understands the concerns of the world community, but the West should also understand Azerbaijan’s position. We are fighting on our own territory, not on someone else’s,” said Hikmet Hajiyev, Head of the Foreign Policy Affairs Department of Azerbaijan’sPresidential Administration.

Reports indicate that domestic politics may be behind Armenia’s military aggression. Pro-Russian forces in Armenia may be trying to oust Prime Minister Nikol Pashinyan who came to power after the revolution in 2018. Russian military transport planes have been seen carrying weapons and ammunition to Armenia for the past week.

In contrast, Azerbaijan has been a consistent and reliable ally of the West for decades. Strategically located at the crossroads between Europe and Asia, Azerbaijan has continued implementing reforms and growing its economy. Azerbaijani society is also well-known for its religious tolerance, a Muslim-majority country that is also home to Christians, Jews and many other confessions.

The West must respond to the current crisis by reigning in the expansionist policy of Armenia’s security forces. The alternative – a wider regional conflict that could draw in Turkey and Russia – is not in any one’s interest, especially on the eastern edge of Europe.

This article originally appeared in Financial Times on 2 Oct 2020.