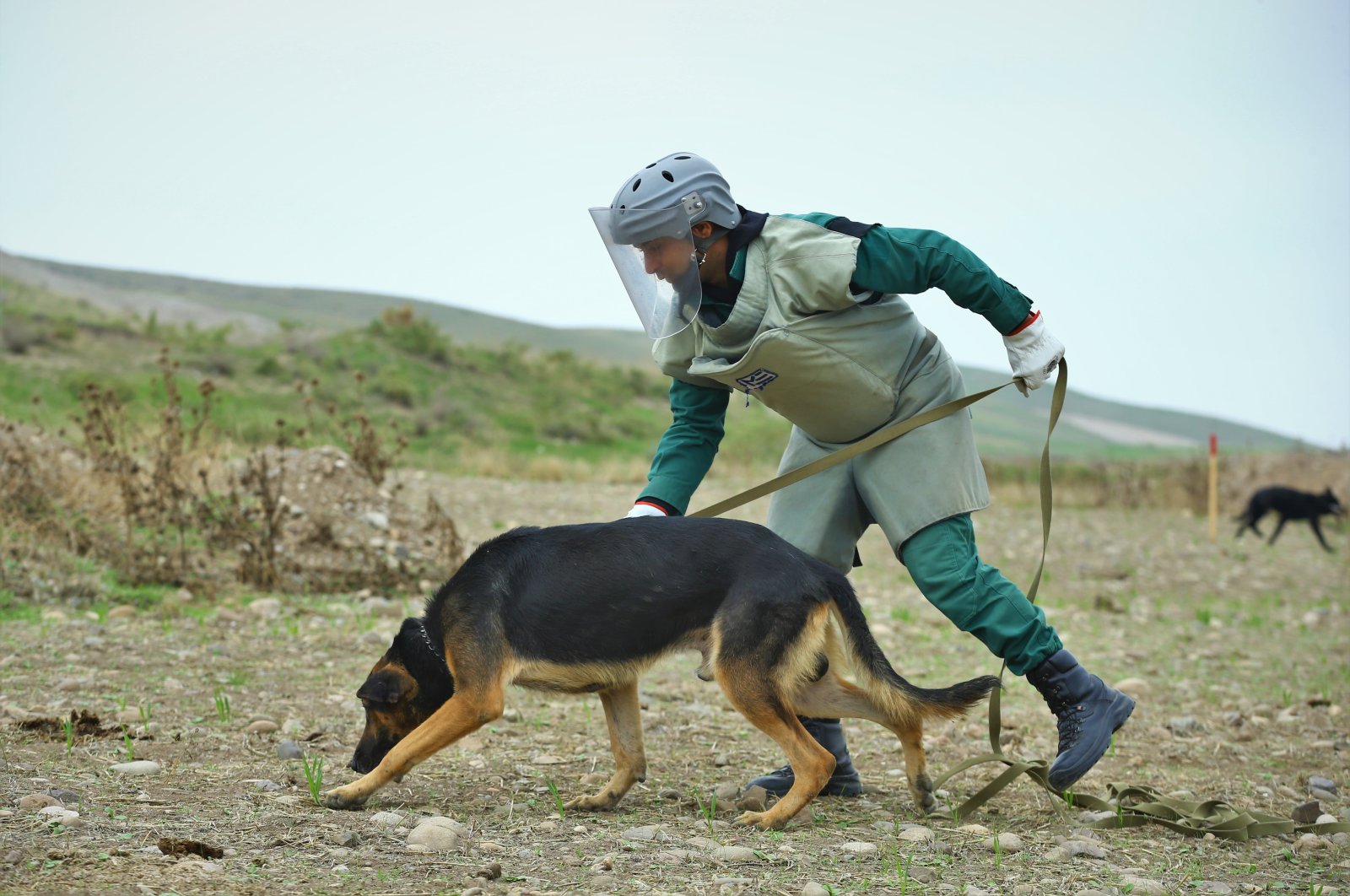 Azerbaijan has destroyed more than 48,000 mines and unexploded ordnances laid by the Armenian army in the regions liberated from occupation.

The Azerbaijan Mine Action Agency (ANAMA) and the engineering unit of the Azerbaijani Armed Forces, with support from the Emergency Situations Ministry, Border Services Command and Special Mine Clearance teams of the Turkish Armed Forces (TSK), continue to clear the mines in the Karabakh region and surrounding provinces.

Stating that demining efforts are continuous in the region, ANAMA Chairperson Vugar Suleymanov told Anadolu Agency (AA) that highways, railways and areas of facilities or settlements are a priority in mine clearance efforts.

“We exchange experience with Turkish organizations and will expand cooperation with Turkey in the field of demining,” said Suleymanov.

Landmines are a grave violation of essential norms and principles of international humanitarian law, including the 1949 Geneva Conventions.

As many as 33 Azerbaijani citizens, including seven soldiers and 26 civilians, were killed and 139 injured due to the mines laid by Armenia during their occupation.

During the 44-day conflict, Azerbaijan liberated several cities and nearly 300 settlements and villages from the nearly three-decade Armenian occupation.

On Nov. 10 last year, the two countries signed a Russian-brokered agreement to end the fighting and work toward a comprehensive resolution.

On Jan. 11, the leaders of Russia, Azerbaijan and Armenia signed a pact to develop economic ties and infrastructure to benefit the entire region. It included the establishment of a trilateral working group on Karabakh.

Prior to this victory, about 20% of Azerbaijan’s territory had been under illegal occupation for nearly 30 years.