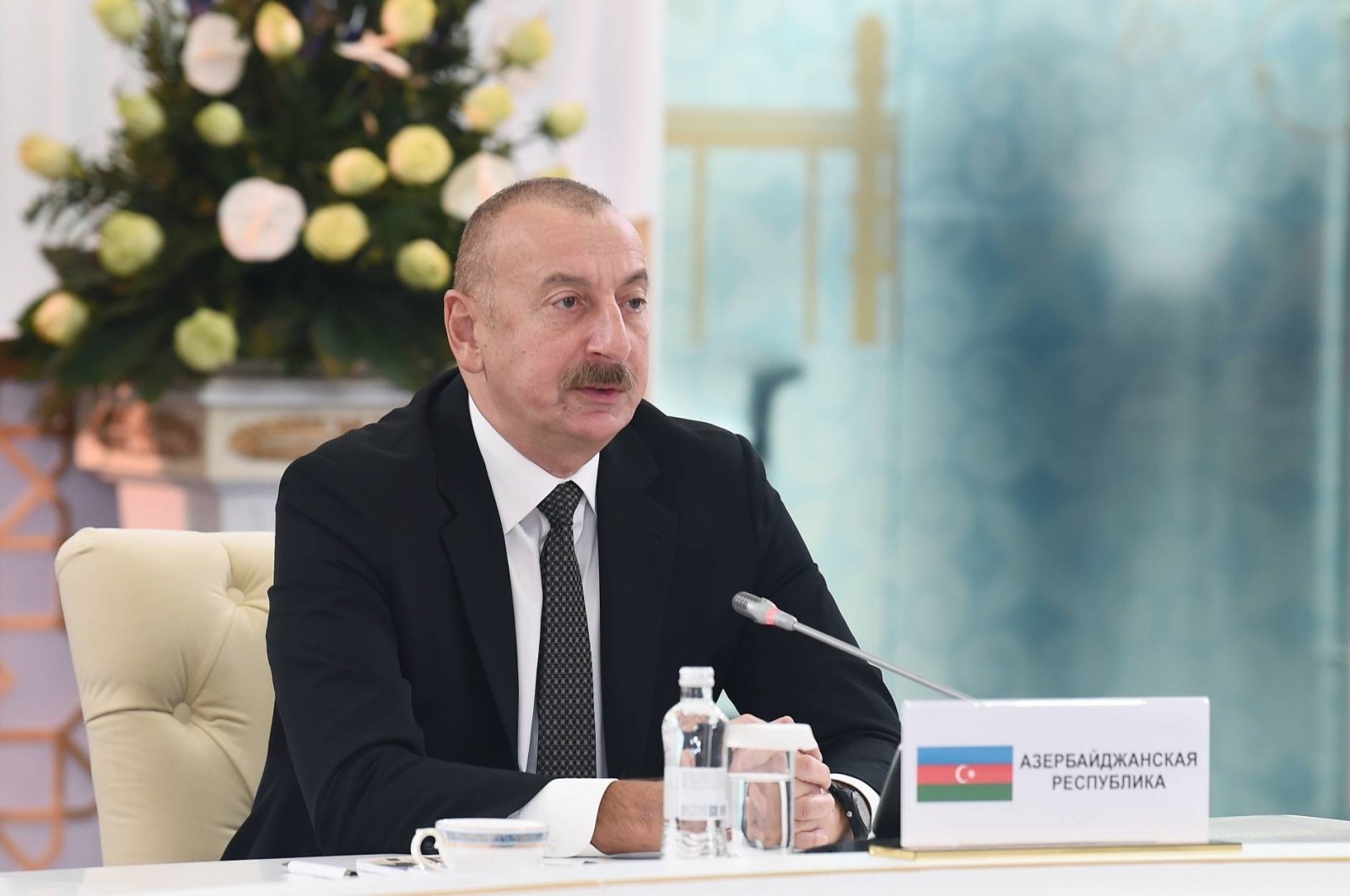 “We strongly condemn and reject such statements. We do not see a possibility of France playing any role in normalization efforts between Azerbaijan and Armenia from now on,” Azerbaijani President Ilham Aliyev said in a speech at a regional summit in Kazakhstan’s capital Astana.

In a television interview earlier this week, Macron accused Baku and Russia of instigating deadly clashes on the Azerbaijan-Armenia border last month that claimed nearly 300 lives.

The flare-up was the worst since the 2020 conflict in which Azerbaijan liberated several cities and over 300 settlements and villages that were under illegal Armenian occupation for decades.

The two former Soviet republics have had tense relations since 1991 when Armenia occupied Nagorno-Karabakh, also known as Upper Karabakh, a territory internationally recognized as part of Azerbaijan.

Aliyev said Macron was included in his talks with Armenian Prime Minister Nikol Pashinian in Prague this month as a gesture of goodwill.

“A week after this meeting, Macron made these libelous, unacceptable, false and provocative statements, accusing Azerbaijan of starting a war,” he said at a meeting of the Heads of State Council of the Commonwealth of Independent States.

“By manipulating the facts, Macron tried to mislead public opinion in France and around the world.”

Aliyev said the Organization for Security and Co-operation in Europe’s (OSCE) Minsk Group failed to achieve any positive outcome whatsoever in 28 years of mediation between Azerbaijan and Armenia.

“The main purpose of this institution was not to resolve the conflict, but to freeze it. The negotiations were a disguise for the conflict to remain unresolved for years,” he said.

“Azerbaijan resolved the conflict on its own, in accordance with international law, including Article 51 of the U.N. Charter, which states that every country has the right to self-defense.”

It said his “groundless accusations” were “completely one-sided” and “aimed at a domestic audience.”

The ministry said Baku did not refuse Macron’s previous mediation offers, but his recent views “against Azerbaijan seriously question the neutrality and impartiality of his mediation efforts.”

“France’s unilateral position and groundless accusations … make it necessary to reconsider the mediation efforts of this country,” read the statement.