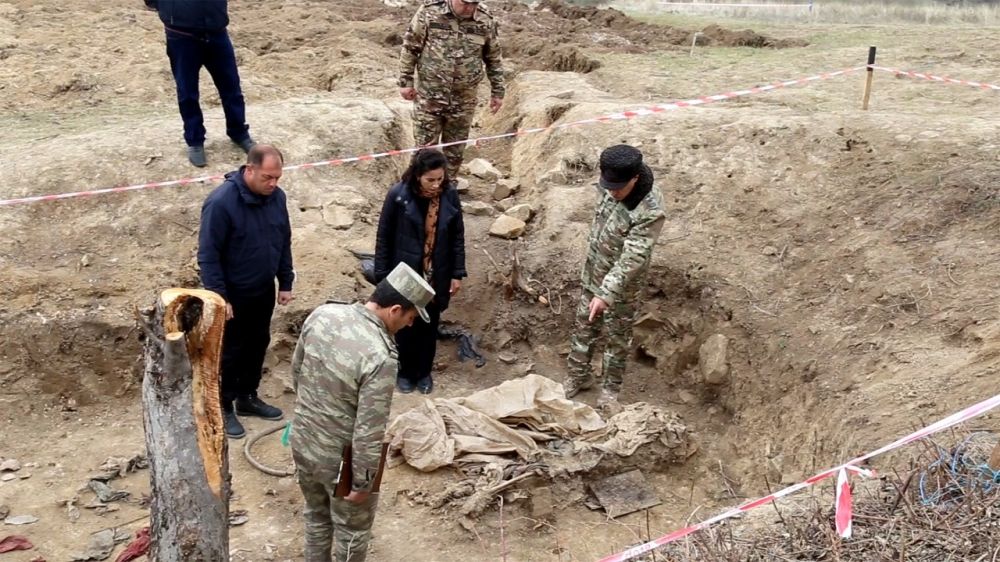 Over 450 human remains, assumed to be those of some of the missing individuals from the first Karabakh war (1988-1994), have been discovered in mass graves unearthed in Azerbaijan’s liberated territories, according to Azerbaijan in Focus, reporting Azernews, citing the Military Prosecutor’s Office.

Mass graves have been discovered in the liberated lands, including in Shusha’s Dashalti, Khojavand’s Edilli, Aghdam’s Sirxavand, Khojaly’s Farrux villages, as a result of search measures carried out by the Military Prosecutor’s Office in cooperation with the representatives of the State Security Service, the State Commission on Prisoners of War, Hostages, and Missing Persons, the International Red Cross Committee, and other relevant institutions, the agency said.

The Azerbaijani Military Prosecutor’s Office has launched an investigation into the cases under Articles 115.4, 120.2.7, 120.2.12 of the Azerbaijani Criminal Code, as well as other relevant articles.

Moreover, about 300 forensic-medical examinations and over 280 molecular-genetic examinations were assigned and directed for implementation. Witnesses were also questioned, and additional investigation and operational actions were taken.

Azerbaijani Deputy Military Prosecutor Lt-Gen Khanlar Valiyev visited the districts in question on October 26 to inquire about the progress of the criminal investigation, as well as to provide relevant advice and orders.

Currently, investigation and operational procedures into the criminal cases are underway, the agency underlined.