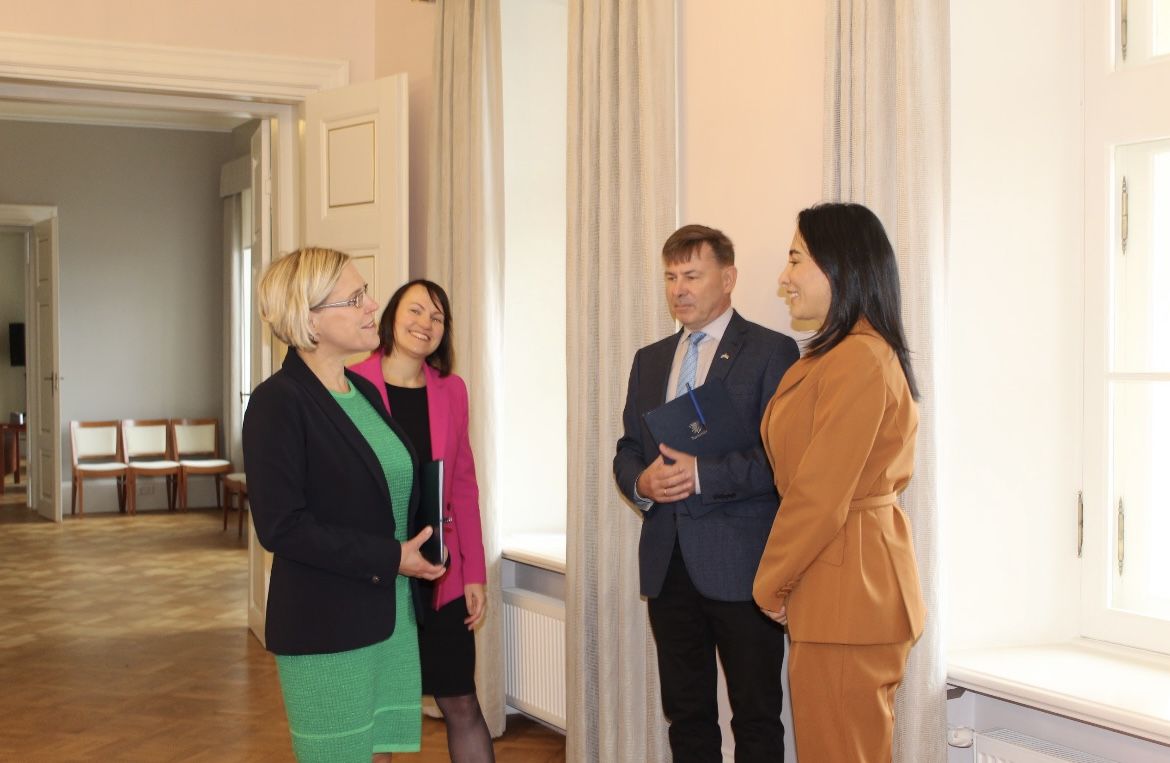 The meeting took place within the framework of Aliyeva’s official visit to the capital of Estonia, Tallinn.

During the meetings, the sides exchanged views on the competencies of the bodies they represent. Aliyeva gave information about the activity of the institution, the round-clock Call Center.

She also said that the silence of the international community over crimes committed by Armenia against Azerbaijan and its failure to take punitive action against Armenia resulted in new crimes.

Later, the Ombudswoman​ ​met with the Chairman of the Constitutional Committee of the Estonian Parliament Eduard Odinets, and informed him of the work done by the institution and its effective cooperation with the parliament.

Noting Armenia’s policy against Azerbaijan, Aliyeva stated that Azerbaijan is always in favor of peace, but Armenia hinders this process, by continuing its sabotage and mining until today, which contradicts the peace initiatives.

She also touched upon the mine problem, which impedes the return of the internally displaced persons, and the uncertainty, so far, about the fate of almost 4,000 Azerbaijanis, who were reported missing during the First Karabakh War.

At the end of the meetings, Aliyeva presented the institution’s printed educational materials translated into foreign languages, as well as reports, statements, and appeals concerning human rights violations, committed by Armenia during the war and in the post-war periods.

Azerbaijan and Estonia cooperate in different sectors of the economy and 2022 marks the 30th anniversary of establishing diplomatic relations between the two nations.

The trade turnover between the two countries amounted to $6.1 million in 2021.