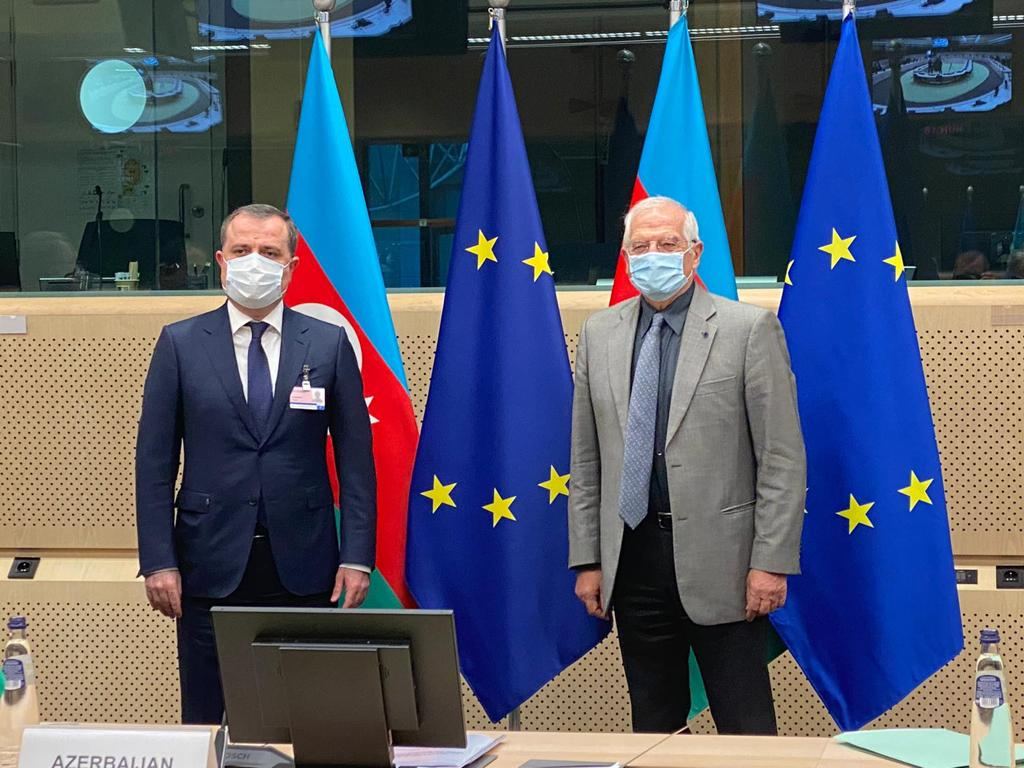 The 17th Cooperation Council meeting between Azerbaijan and the European Union was held in Brussels on 18 December 2020, according to Azerbaijan in Focus, reporting Trend News, citing MFA press service.

Azerbaijan was represented at the meeting by a delegation led by Foreign Minister Jeyhun Bayramov, and the European Union was led by a delegation of the EU High Representative for Foreign Affairs and Security Policy Joseph Borel. EU Commissioner for Neighbourhood and Enlargement, Olivér Várhelyi also attended the meeting.

At the meeting, the sides exchanged views on cooperation between the EU and Azerbaijan since the last meeting of the Cooperation Council and took stock of major achievements in this regard.

At the meeting, it was noted that despite the pandemic this year, trade relations were developing and the EU remained Azerbaijan’s main trading partner. The sides discussed the strategic partnership in the field of energy, the implementation of the Southern Gas Corridor, as well as transport and connectivity projects, Azerbaijan’s great potential in this area, investment and other topics.

The sides noted the importance of concluding a new comprehensive agreement, which will form the legal basis of relations between Azerbaijan and the EU, based on mutual respect and equal partnership.

Minister Jeyhun Bayramov informed the other side of the latest situation in the region. Another provocation by Armenia on September 27 this year, Azerbaijan’s counter-offensive operations, the 44-day Patriotic War, as well as war crimes committed by Armenia during this period, purposeful targeting of the Azerbaijani civilian population, the numerous facts that Azerbaijan possesses on transfer of foreign mercenaries by Armenia to the region and etc. were brought to the attention of the other side.

The EU delegation was briefed on the trilateral statement signed on November 10 and its implementation, the new framework for security and cooperation in the region created by the agreement.

High Representative Joseph Borrell stressed the importance of providing humanitarian assistance to people in need in the region and the EU’s readiness to provide assistance in this regard. The possibility of the EU’s role in the post-conflict recovery and reconciliation phase was stressed.

During the meeting, the sides also exchanged views on regional and international issues of mutual interest.