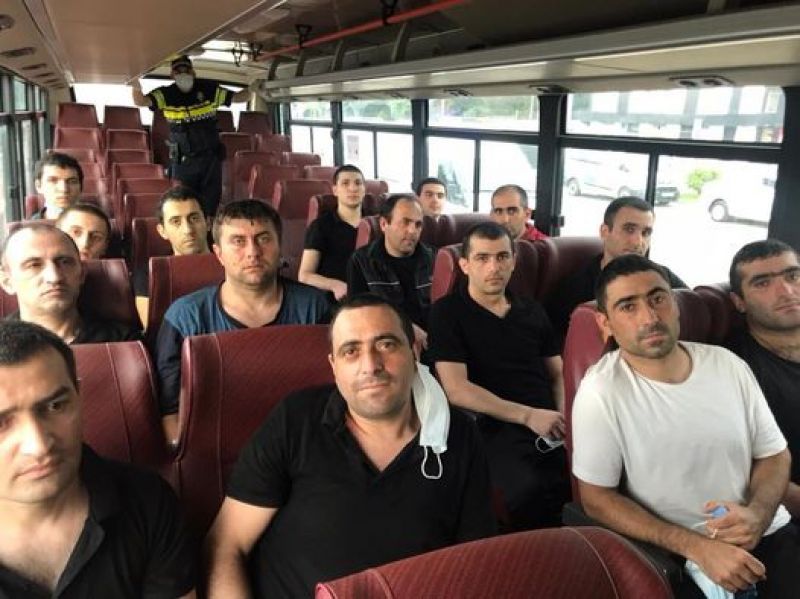 On July 12, Azerbaijan handed over 15 arrested Armenians to Armenia in exchange for the maps of 97 thousand anti-tank and anti-personnel mines in the Aghdam region, according to Azerbaijan in Focus, reporting Turan News.

The transfer took place with the participation of representatives of Georgia at the Azerbaijani-Georgian border, the press service of the Azerbaijani Foreign Ministry said.

“We express our gratitude for the support in the implementation of this humanitarian action to the government of Georgia headed by Prime Minister Irakli Garibashvili. We especially note the contribution to this process and the mediating role of US Secretary of State Anthony Blinken, US Assistant Secretary of State for European and Eurasian Affairs Philip Reeker, EU Council President Charles Michel, and the Swedish OSCE chairmanship,” it was reported.

Obtaining mining cards will save the lives and health of tens of thousands of citizens, including sappers, and will accelerate the implementation of the project on the restoration and return of internally displaced persons launched in Aghdam, the Azerbaijani Foreign Ministry said in a press release.