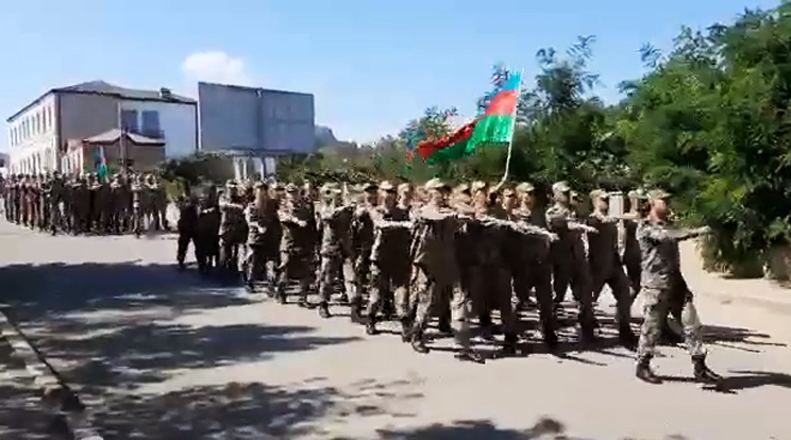 A military march was held in Shusha in connection with the anniversary of the liberation of Baku from the Armenian-Bolshevik occupation, according to Azerbaijan in Focus, reporting Trend News, referring to the Twitter publication of Meftun Abbasov, the chairman of the Management Board of the State Reserve of the City of Shusha.

“The moment of glory. September 15, the 103rd anniversary of the liberation of Baku from the Armenian-Bolshevik occupation, was marked in Shusha, which was liberated at the expense of the unmatched bravery of our Army. We are proud of our Army,” the publication says.

September 15, 2021, marks the 103-year anniversary of the liberation of Baku from the Bolshevik-Dashnak occupation.

On this day in 1918 the Caucasian Islamic Army, which included the Azerbaijani Corps, liberated Baku from the Bolshevik-Dashnak occupation.

The liberation of Baku is an event of exceptional significance in the context of Azerbaijani-Turkish friendship and brotherhood.