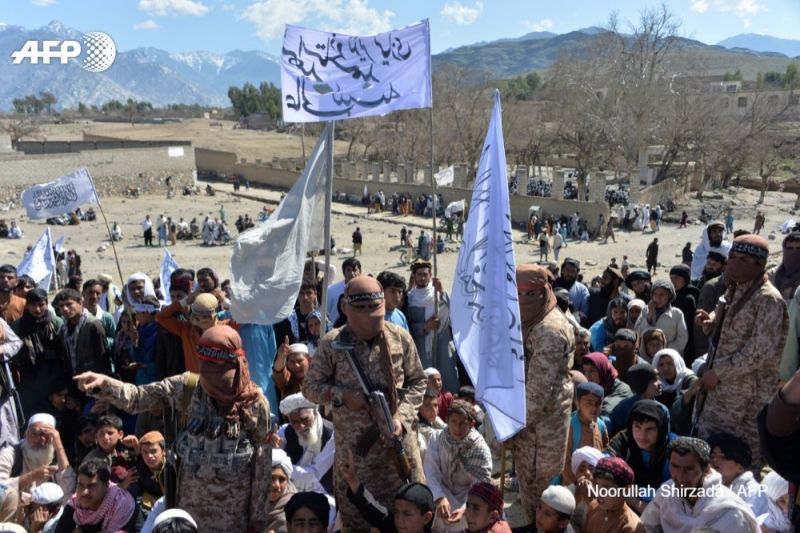 Events in Afghanistan are developing within the framework of the agreements between the Taliban Movement and the United States, reached on February 29, 2020, according to the reports of news agencies.

By September 1, when the Americans announce the completion of the operation to withdraw their troops from this country, the Taliban will have to ensure the controllability of the process. It provides for the establishment of a single power based on the consensus of the interests of all ethnic communities, the rule of Islamic law, as well as preventing actions threatening security of the United States and its allies.

On July 6, the Taliban, who are swiftly establishing control over the country without encountering resistance, announced a plan for a peaceful settlement, which provides for the formation of a religious oversight council, which, from the prism of Islam and local traditions, will exercise control over the executive branch and actually rule the country – the Islamic Emirate of Afghanistan.

Official Kabul has not yet agreed with this, but most likely, it will be forced to compromise, as it is rapidly losing control over the country. Since the beginning of the withdrawal of American troops from Afghanistan, which started at the end of April, about 85% of the territory of Afghanistan has rapidly come under the control of the Taliban and the authority of Kabul has fallen sharply in the eyes of the Afghans, who, practically without resistance, accept “citizenship” of the Islamic Emirate. This is also facilitated by the fact that the Taliban do not persecute their surrendering opponents and demonstrate an interest in the inter-Afghan dialogue, where they see themselves as a center-forming force.

The Taliban also comply with the agreement on non-interference in the affairs of neighboring states, which provides for the refusal to export the Taliban revolution. Although they have reached the borders from the post-Soviet countries of Central Asia, they do not demonstrate the slightest hostile actions against their northern neighbors. Moreover, the Taliban declared and demonstrates this by their border actions – they want to establish working relations with all states after the establishment of the power of the Islamic Emirate of Afghanistan and the introduction of a new order – a kind of version of the Iranian Islamic model of government.

In the context of these events, the initiative of the Speaker of the State Duma of Russia Vyacheslav Volodin, chairing the Council of the Parliamentary Assembly of the Collective Security Treaty Organization (CSTO PA), to create the institution of partnership membership of the CSTO Parliamentary Assembly was not accidental. It means a new phase in the development of Afghan events, and preparation for interaction countries of the region with the future new government of Afghanistan. The Russians also leaked information that Azerbaijan and Pakistan could become such countries, which the Taliban, along with Turkey, would like to see among the allies of the future regime in Afghanistan. Turkey, which has close allied relations with Azerbaijan and Pakistan, cannot be among the partners of the CSTO PA, as it is a NATO member country. However, the multi-pass combination: the CSTO (this includes Tajikistan, Uzbekistan bordering on Afghanistan), the Azerbaijan-Turkey-Pakistan link, Turkey-NATO, Russia-Turkey, the Turkic Council (Azerbaijan, Kazakhstan, Kyrgyzstan, Turkey, Turkmenistan, Uzbekistan, Hungary) allows building the intersecting lines of interaction and the CSTO PA can play an additional role as a platform for operational decisions.

The question is not about the membership of Azerbaijan or Pakistan in the CSTO, and there is no urgent need for this, as some may think. The war between Armenia (a member of the CSTO) and Azerbaijan showed strategic interests and real allied relations prevail over formal membership in the organization. As in the case with Armenia in the South Caucasus, today strategical interests in Central Asia are focused on ensuring stability, forming a fully-fledged, non-hostile Afghan state and realizing the economic interests of all states interested in Afghan affairs, and of course the Afghan people themselves.

This article originally appeared in TURAN INFORMASIYA AGENTLIYI on 10 July 2021.