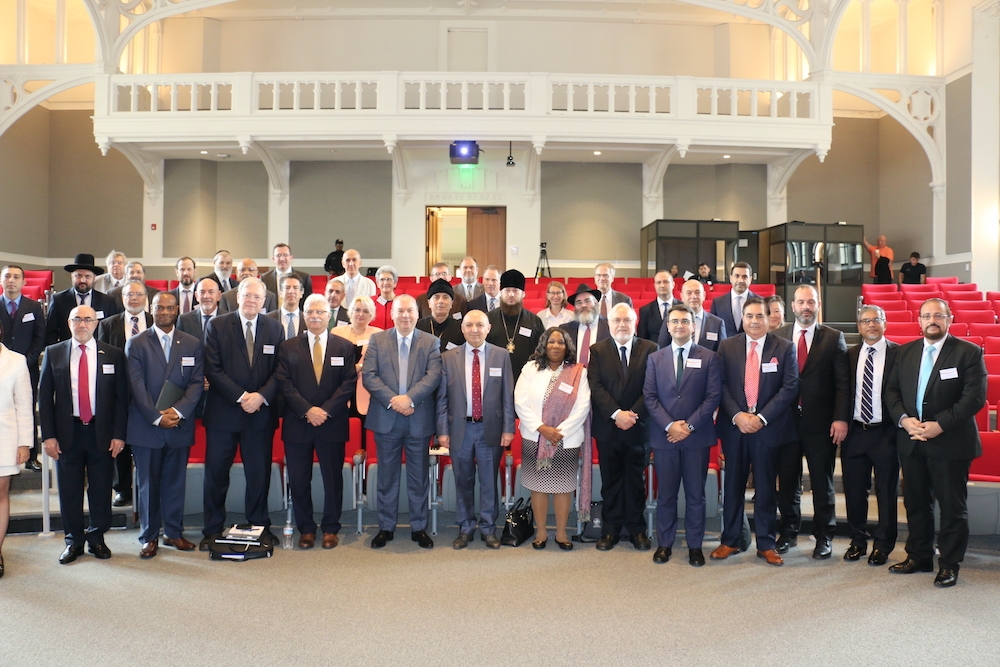 An Azerbaijani delegation has participated in the international conference on “Interfaith Harmony for Global and Security” held in Washington DC, according to Azerbaijan in Focus, reporting AzerTac.

The conference, jointly organized by the International Center for Law and Religious Studies at Brigham Young University (BYU), the Catholic University of America Columbus School of Law, the State Committee for Work with Religious Organizations of Azerbaijan and the Baku International Center of Multiculturalism, brought together representatives of think tanks, various religious organizations, foundations, as well as the diplomatic corps.

Hosted at the Catholic University of America, the conference featured remarks by the Deputy Director of Global Social Action for the Simon Wiesenthal Center Rabbi Abraham Cooper, President of the Foundation for Ethnic Understanding Rabbi Marc Schneier, Deputy Chairman of the State Committee on Work with Religious Institution Organizations Sahib Naghiyev, Goodwill Ambassador and Special Envoy on Peace and Development for the World Association of Former United Nations Interns and Fellows Art Wilson, Ambassador of Turkiye to the US Hasan Murat Mercan, Executive Director of the Baku International Multiculturalism Centre Ravan Hasanov and others.

Deputy Chairman of the State Committee for Work with Religious Organizations of Azerbaijan Sayavush Heydarov and Azerbaijani Ambassador to the US Khazar Ibrahim made closing remarks.