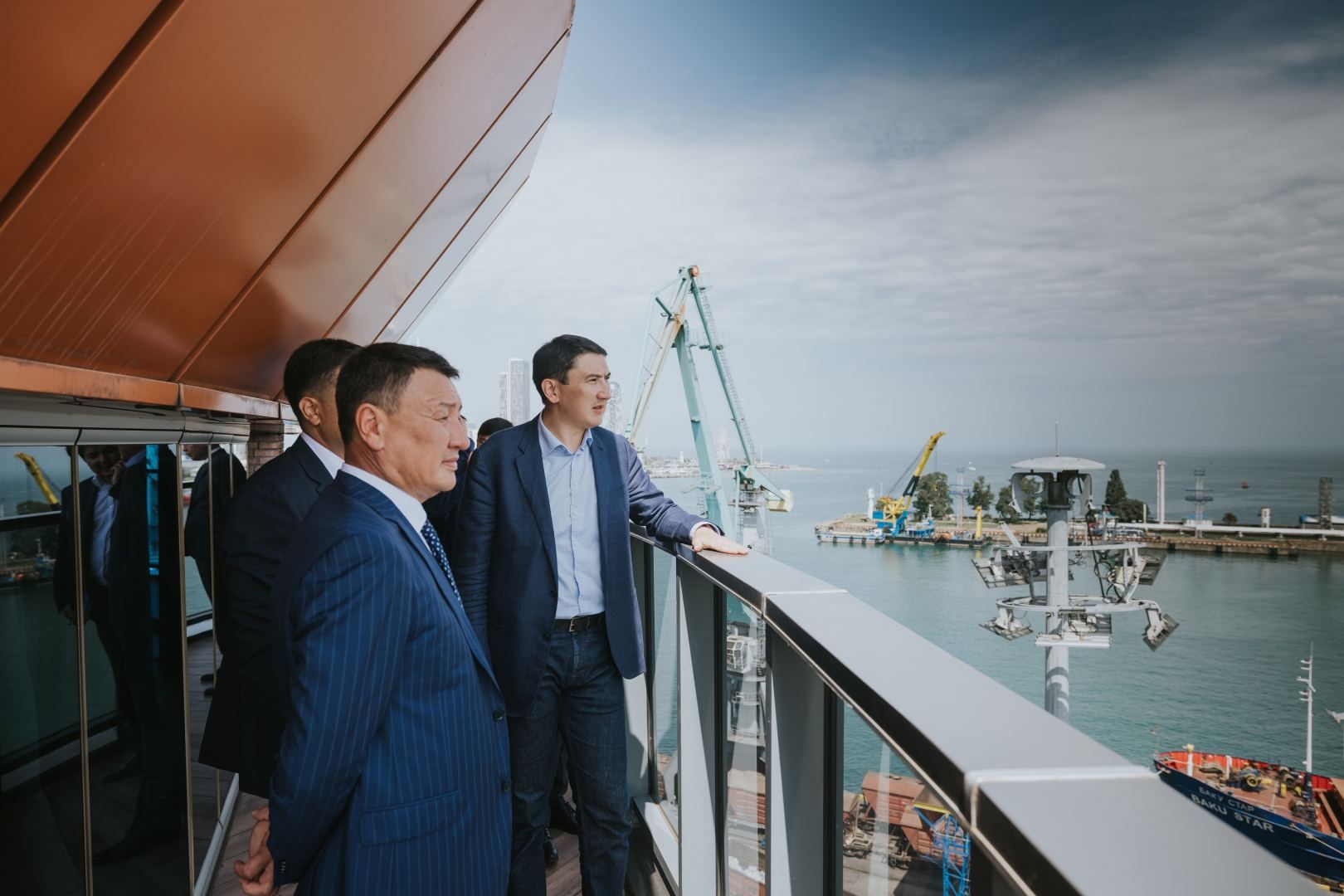 During the visit, the official met SOCAR President Rovshan Najaf to discuss cooperation between the companies for the development of the Trans-Caspian infrastructure.

The parties also exchanged views on other issues of bilateral cooperation.

Quoting Reuters, the report said that “Kazakhstan is expected to sell some of its crude oil through Azerbaijan’s biggest oil pipeline from September, as the nation seeks alternatives to a route Russia threatened to shut”.

According to the publication, for 20 years, Kazakh oil exports have been shipped through the CPC pipeline to Russia’s Black Sea port of Novorossiisk, which provides access to the global market.

As was reported earlier, Kazakhstan’s state oil firm Kazmunaigaz (KMG) was in advanced discussions with the trading arm of Azerbaijan’s state firm SOCAR to allow annually 1.5 million tonnes of Kazakh crude to be sold through the Azerbaijani pipeline that delivers oil to Türkiye’s Mediterranean port of Ceyhan.

The final contract is due to be signed at the end of August with flows through the Baku-Tbilisi-Ceyhan (BTC) pipeline starting up a month later, the source said.

Moreover, Kazakh President Kassym-Jomart Tokayev is slated to visit Baku by the end of August.