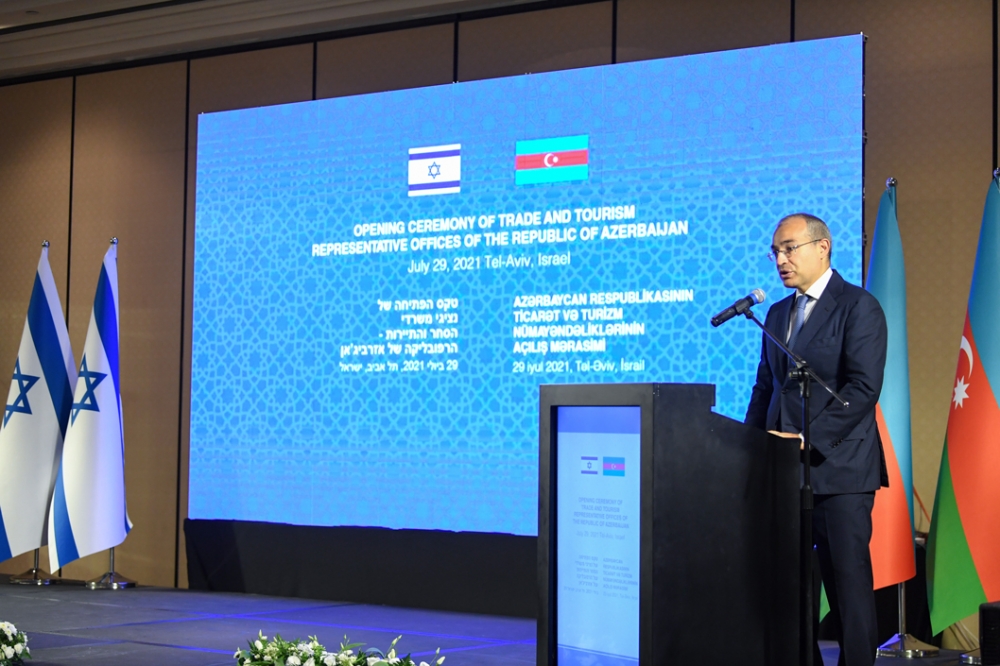 Co-chair of the Joint Commission, Minister of Economy Mikayil Jabbarov in his speech highly appreciated bilateral cooperation based on the principles of friendship and mutual respect. The minister expressed his confidence that Trade and Tourism Representative Offices in Israel would play an important role in development of bilateral trade and strengthening economic relations.

Mikayil Jabbarov also expressed gratitude to the Israeli side for the support provided to Azerbaijan during the 44-day Patriotic War and highly appreciated the interest of Israeli companies in restoration of the territories liberated from the occupation.

The Minister of Economy stressed that the two countries had a great potential for expanding bilateral cooperation in such areas as energy, health, digitalization, investment, innovation, ICT, agriculture, water management and tourism. He called on Israeli businessmen to take advantage of the favorable business and investment climate in Azerbaijan.

Chairman of the State Tourism Agency of the Republic of Azerbaijan Fuad Naghiyev emphasized that Trade and Tourism Offices would make an important contribution to expanding cooperation between the two countries in many fields including tourism. It was also noted that the State Tourism Agency worked on preserving Jewish historical heritage in Azerbaijan and developing its tourism potential. The Agency had elaborated a tourist route “Jewish heritage in Azerbaijan” and together with the Israeli Embassy in Azerbaijan took steps aimed at developing tourist routes in “Red Village”, a densely populated area at the northern part of the country inhabited by Mountain Jews.

Co-chair of the Intergovernmental Commission, Israel’s Minister of Tourism Yoel Razvozov highlighted that Israel and Azerbaijan had strategic relations based on mutual trust and respect. He also emphasized that the two countries achieved great results in developing bilateral cooperation during the last 30 years and establishing Trade and Tourism Representative Offices of Azerbaijan in Israel was a historic event. Expressing gratitude to President Ilham Aliyev for making this important decision aimed at further strengthening bilateral relations, Yoel Razvozov noted that new goals of economic cooperation had been set and the representative offices would work to achieve them. The Minister of Tourism also noted that the missions would be a new platform for Israeli businessmen wishing to establish joint businesses in various fields such as high technology, energy, water supply, agriculture, medicine, education and investments.

The presentation of economic and tourism potential of Azerbaijan was delivered during the event. 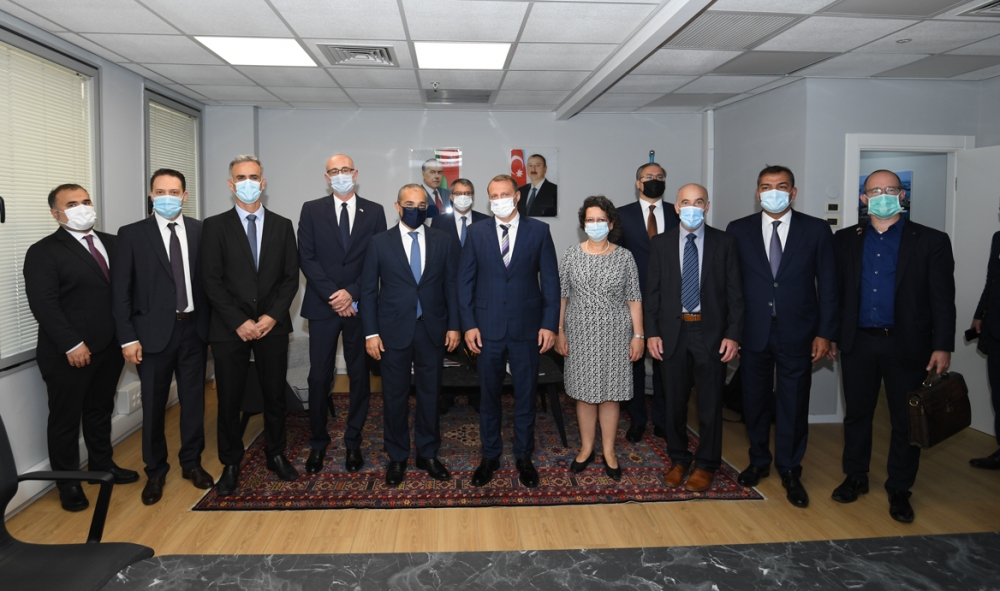 This article originally appeared in AZERTAC on 29 July 2021.