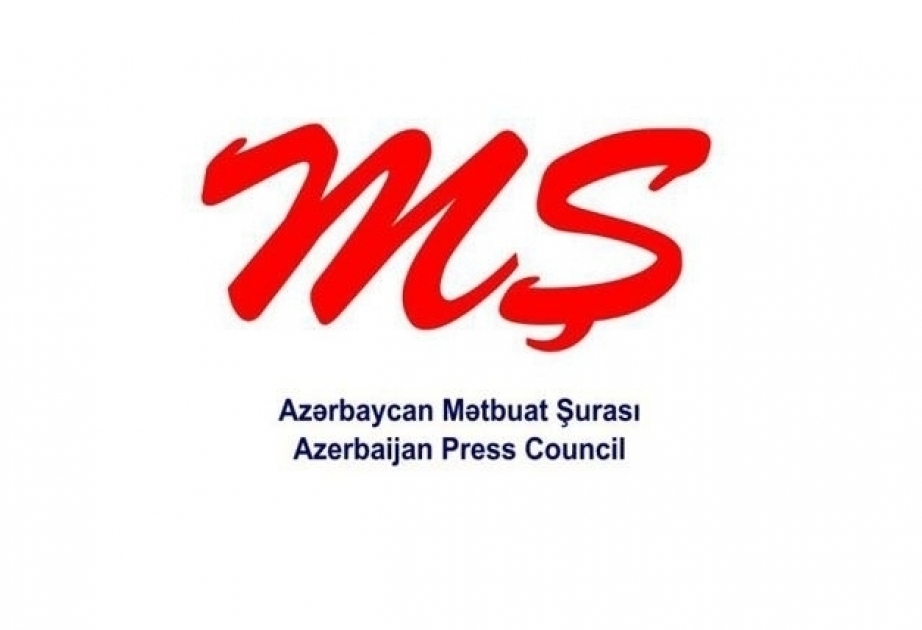 The Azerbaijan Press Council has addressed an appeal to “Euronews” TV channel and “Le Figaro” newspaper, according to Azerbaijan in Focus, reporting AzerTac.

“It is deeply regrettable that the remarks by some speakers during the action held in the city of Khankendi, which is in the area of temporary control of the Russian Peacekeeping Contingent, of Azerbaijan’s Karabakh region were covered in a lop-sided and biased manner by “Le Figaro” newspaper and the French service of “Euronews”. The position of the Press Council, which expresses the legitimate discontent of Azerbaijani journalists as a whole, is that it is unacceptable for the media to act as a forum for the propaganda of violence, division and conflict as it runs counter to the principles of professional journalism.

Karabakh is a sovereign territory of Azerbaijan recognized by the UN, Khankendi is an ancient city of Azerbaijan, and the people living there are citizens of Azerbaijan. However, while covering the action held on December 25, “Le Figaro” newspaper and the French service of “Euronews” failed to take into account not only the sovereign rights of Azerbaijan but also the interests of ordinary citizens of Armenian origin living in the Karabakh region. They presented the issue in the context of the interests of the criminals who kept Azerbaijani lands under occupation for nearly 30 years and their successors.

We regret to say that “Le Figaro” and the French service of “Euronews” support those who advocate division and work against the peace agenda in the region, rather than the efforts being made to secure stability and peaceful coexistence of peoples in the South Caucasus. Such disregard for journalistic values is inadmissible and unacceptable.

In accordance with such key principles of journalism as impartiality and objectivity, “Le Figaro” and “Euronews” could have shown an interest in the action by representatives of Azerbaijan’s civil society on the Lachin-Khankendi road, which has been going on for 15 days now, and described the actual picture of the issue taking into account the position of all parties. Unfortunately, we did not see this professional approach.

“Le Figaro” has orchestrated and circulated a prejudiced appeal of well-known public representatives of France against Azerbaijan and attempted to suggest that Azerbaijan is allegedly carrying out a policy of ethnic cleansing against the Armenians living in Karabakh. It is obvious that this statement was made as a result of the efforts of the Armenian lobby in France and suits its interests. We consider it important to note that the coverage of a story by a media organization in accordance with certain political interests is contrary to the principles of the “International Munich Declaration on the Rights and Duties of Journalists”. Journalists and media outlets should avoid this and work for the public to know the truth.

Such negative tendencies are causing serious damage to the relations between the people of Azerbaijan and France and accelerate the formation of a negative opinion about France in the Azerbaijani public.

The Azerbaijan Press Council, which brings together media and journalistic organizations of Azerbaijan, calls on “Le Figaro” newspaper and the French service of “Euronews” to be sensitive to the realities of Karabakh, respect the norms and principles of international law, the territorial integrity and sovereignty of the independent Republic of Azerbaijan, which is also recognized by the French state. The Council believes that these media outlets and the French media, in general, should not give a platform to those seeking to realize their political adventure plans in the South Caucasus, should see the reality and proceed from the principles of justice. Only in this way is it possible to contribute to lasting peace in the region, to the development and progress of an area where the Azerbaijani and Armenian peoples are jointly represented, and to the protection of human rights and freedoms.

We would like to believe that our address will be received with due sincerity, that the right conclusions will be drawn, and the issues we have highlighted as criteria for a fair approach to the sensitive South Caucasus region will be taken into account in the future activity of the French and European media, including “Le Figaro” newspaper and the French service of “Euronews”.