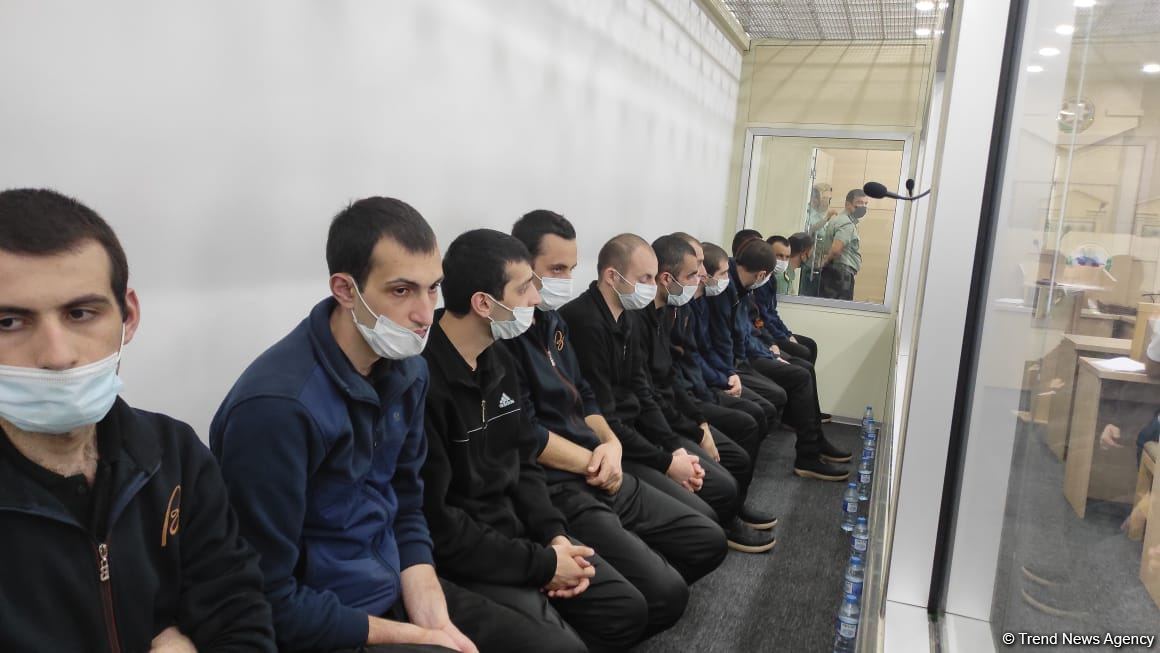 The trial on the criminal case over members of an Armenian terrorist group continues at the Baku Court on Grave Crimes on July 23, according to Azerbaijan in Focus, reporting Trend News.

The files of the criminal case were announced during the trial under the chairmanship of Judge Azad Majidov.
Then the completion of the judicial investigation was announced and the prosecutor delivered a speech.

The prosecutor asked the court to exclude Articles 214.2.1, 214.2.3, 279.2 from the indictment and leave Articles 318.2 and 228.3 of the Criminal Code of Azerbaijan. The prosecutor demanded seven-year imprisonment for each of the accused. The prosecutor stressed that after serving the sentence, they must be deported from Azerbaijan.

The defendants had the final say. The judge left to make a verdict.

Then the verdict was announced. The judge sentenced each of the accused to the six-year of imprisonment. The term of punishment has been calculated since December 13, 2020.

The preliminary investigation of the criminal case initiated by the Main Investigation Department of the Azerbaijani State Security Service against the members of the Armenian armed formations disarmed as a result of the anti-terrorist operation of the State Security Service on December 13, 2020 has been completed. The above-mentioned armed formations have illegally and secretly infiltrated Azerbaijani territory, committed terrorist-subversive and other criminal actions against the servicemen and civilians of Azerbaijan after the announcement of a ceasefire agreed upon by a trilateral statement signed by Azerbaijan, Russia and Armenia on November 10, 2020 (following the Second Karabakh War from late September to early November 2020).

The investigative bodies revealed that a group of Armenian citizens, illegally acquiring weapons, components for the weapons, ammunition, explosives and devices, created armed formations not envisaged by the law.

Those individuals attacked enterprises, institutions and organizations, as well as individuals, organized explosions, fires and carried out other terrorist actions that posed a threat to the life and health of people until December 13, 2020, which may have caused big damage to the property or lead to other socially dangerous consequences to violating public safety, sow panic among the population or influence the decision-making by the state authorities of Azerbaijan or international organizations.