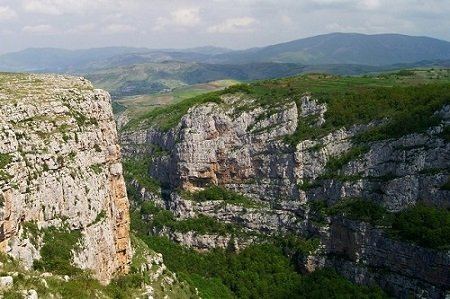 Azerbaijani military servicemen have shared new video footage from the Jidirduzu plain near Shusha city, recently liberated from Armenian occupation, according to ‘Azerbaijan in Focus’, reporting Trend News. This provides evidence that the Azerbaijani army now fully controls the plain and is completely ensuring security of the territory. The servicemen who shot and shared this video commented that: “This is the place where Pashinyan danced in circles last year.”

The legendary Jidirduzu in Shusha, which is blessed with unparalleled and unique flora and fauna, is located on the edge of the extremely steep abyss of the Dashalty village and the locally famous natural stone staircase known as Gyrkh pillakan (40 Steps), which leads to the Dashalty River. Jidirduzu is colloquially known as the ‘racing field’ where the famous Karabakh horses competed in the past. These competitions have been held for centuries, and here one could see the best horses in Karabakh, showcased in an event that attracted both local and foreign equestrians.